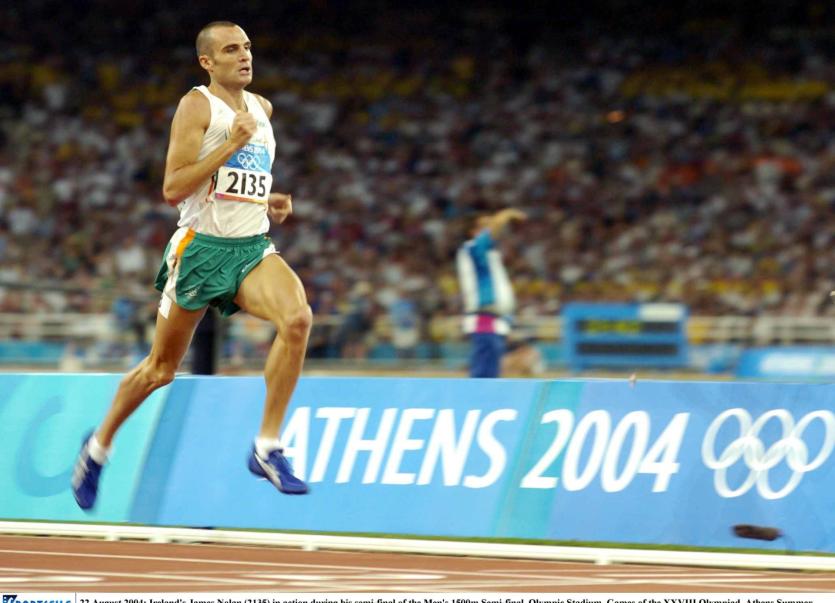 James Nolan in the 2005 Olympics

FORMER Olympian James Nolan will be heading to Tokyo as the head of athletics for Paralympics Ireland.

Screggan man Nolan was one of Ireland's best mid distance runners during a very successful running career in the 1990s and 2000s.

Son of Tom and Betty Nolan, he became head of Paralympic Athletics in April 2010 after enjoying a distinguished athletics career, winning 800/1500m silver at the European Indoor Championships in 2000 and competing at two Olympic Games (Sydney 2000 and Athens 2004).

James is a graduate of UCD in Sports Management, an IAAF level IV athletics coach and a member of the Olympic Federation of Ireland’s athletes commission.He has been the Irish Para Athletics team manager at 11 major Championships’s (WPA European, World Championships and Paralympics).

He is also a coach at his former college, UCD where he was a scholarship student in the 1990s.

He was an excellent, top class international runner himself and his talent was obvious from a young age. He initially started with Clodiagh Valley Athletics Club in Mucklagh and after they went out of existence, he went to Ferbane Athletics Club, where the late Hugo Smith was a big guiding influence.

Nolan initially specialised in the 800 metres before turning to the longer 1,500 metres arond the 2000 mark.

While he had injury problems, he had a long career in a very punishing discipline and regularly qualified for major championships as well as competing in big meetings all over Europe and the world.

He ran in the Sydney Olympics and the Athens Olympics in 2000 and 2004, both in the 1,500 metres. He went out in his heat in Sydney and the semi-finals in Athens. His career ended after he failed to qualify for the Beijing Olympics in 2008 and since then, he has worked as a very good coach, helping develop athletes in both UCD and Paralympics.