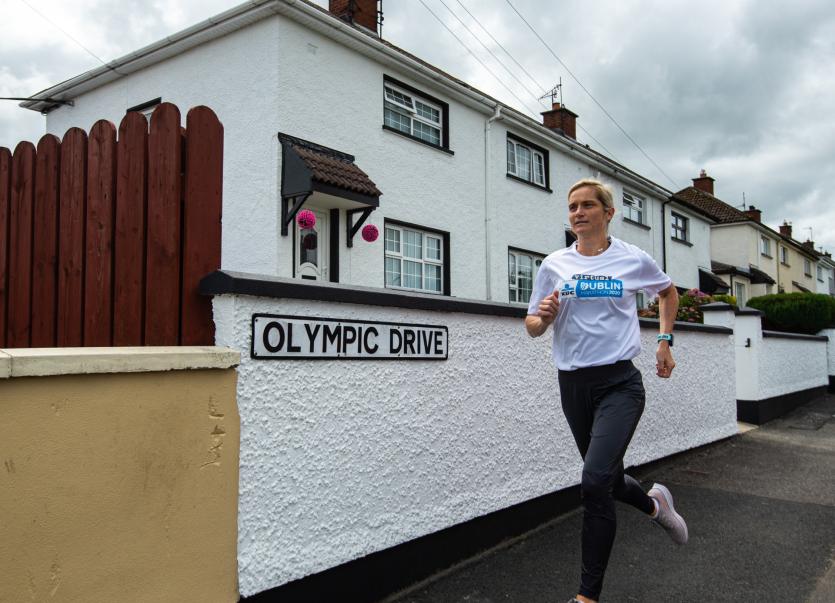 Ann Marie McGlynn, so close to the Olympics

AS athletes and sporting competitors head to Tokyo for the Olympics in the coming days, it is impossible not to feel regret and sadness that Mucklagh woman, Ann Marie McGlynn is not travelling with them.

Nee Larkin and now living in Strabane in Tyrone, McGlynn's hard luck story would reduce the hardest of people to tears. Running in the Cheshire elite marathon in Wales earlier this year, she was just five seconds away from booking her ticket to Japan.

It was the performance of McGlynn's life. An incredibly brave and gutsy run as she finished in 2.29.34, just a few metres short of the 2.29.30 she needed to run to qualify for the Olympics. It was desperately hard luck on McGlynn, who now races in the colours of Letterkenny AC in Donegal.

It was remarkable stuff and it was devastating to go so close. McGlynn smashed the personal best of 2.32.54 that she had set in Dublin in October 2019 and her run was particularly noteworthy as her previous attempt at qualification had not gone well – she had went for qualification at the Valencia marathon in December but it didn't go to plan as she finished in 2.35.29.

Her running story is a real feel-good one. She was a brilliant juvenile runner with Tullamore Harriers in the 1990s, a multiple winner of national titles and an international competitor. After going to UCD on an athletics scholarship, she drifted away from the sport before returning to it some years ago as she looked for an outlet to cope with an illness to her son Alfie – Alfie made a full recovery and the initial running lit a spark in McGlynn that saw her emerge as one of the country's top distance runners.

She captained Ireland to team bronze medals at the European Cross Country Championships in 2014, she won national medals and she soon focused her sights on the Olympic. It almost brought her to Tokyo.

The fastest Offaly female marathon runner by a distance, she made one final attempt to qualify for Tokyo when she ran at the S7 marathon in Styria, Austria a couple of weeks after Cheshire. It was always likely to be impossible to get so close again so near to Cheshire, the dreadful conditions on the day went against her and she made the understandable decision to pull out as it became obvious that the qualifying time could not be achieved.