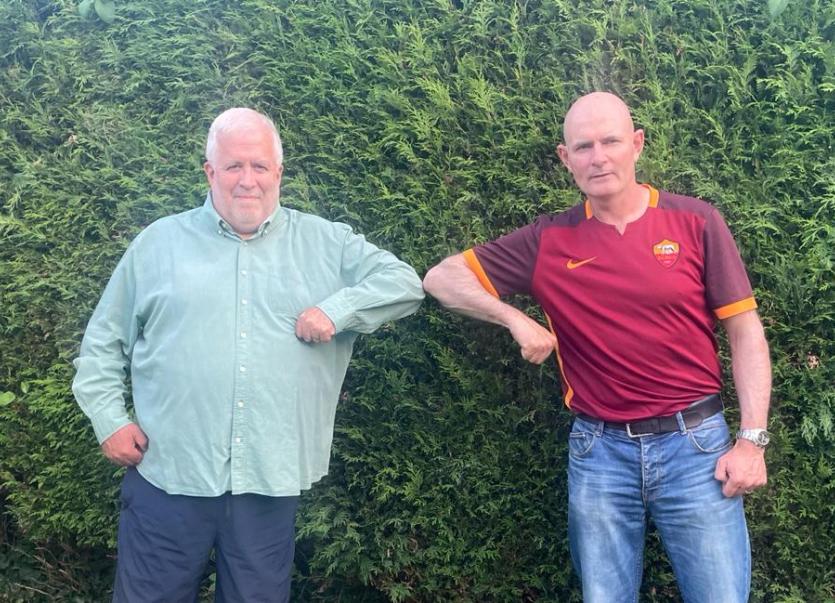 TULLAMORE resident, John Cronin will receive just reward for years of dedicated work and toil when he serves as one of the adjudicators at the Tokyo Olympics.

Now president of Athletics Ireland, he is one of Offaly's most successful sporting adminstrators, arguably the most successful with only John Dowling's achievement in becoming president of the GAA comparable – athletics of course has an international dimension that the GAA doesn't have and Cronin's elevation to this sphere has distinguished him.

A brilliant rules offical and expert, he was appointed to the Jury of Appeal by the IAAF for the Olympics a couple of years ago.

The Olympics will be the crowing glory of Cronin's long career in athletics officialdom, though he had another huge highlight this year when he was elected as president of Athletics Ireland.

A native of Donegal, Cronin came to Tullamore in 1983 to work in the then Burlington Industries, off the Clara Road. After spending a brief period working in the USA, he returned to Tullamore in 1984 and has lived in the town since then.

The winner of the national U-16 800 metre title in 1976, he soon became involved in Tullamore Harriers, becoming PRO in 1985, chairman for one year in 1988 and returning to the chair in 1997, serving for 21 consecutive years before stepping down in 2018 because of his national and international commitments.

Early in his administrative career, it became clear that Cronin's ambitions lay far beyond club boundaries. In 1998, he was elected to the Management Committee of BLE and served as Irish manager at an international meeting in Latvia in 1999.

The road to the Olympics truly began in 2005 when he became a European International Technical Official (ITO), serving until 2013 and he has operated at world level since 2013.

In 2015, he made a major break through when he was elected to the Technical Committee of the International Association of Athletics Federation (IAAF), becoming only the fourth Irish person to serve on an IAAF committee.

The Technical Committee oversees IAAF rules and regulations - they have responsibility for competition rules, stadiums and facilities, equipment including technology and implements, and official's education for the IAAF. They have the power to put forward proposals to the IAAF Council, from where they may be referred to Congress, if necessary.

He was deputy president of Athletics Ireland for a couple of years before becoming president this year.

As deputy president and chair of competitions, he played a leading role in the National Championships being successfully staged last year and maintaining their long continuous run since the first was held in 1873. Getting those completed during Covid-19 limitations was a big logistical feat and took great organising. Similarly, he was heavily involved in the organisation of the Elite Micro Meet in the National Indoor Arena in February – an important meeting where athletes competed for European indoor qualification as well as gathering world ranking points for those working towards the Tokyo Olympics.

Married to Tuam native Dympna O'Grady, Cronin has a fantastic knowledge of the rules of athletics and his role in Tokyo will be an important one as the Jury of Appeal will have to deal with appeals by athletes and international federations against decisions such as disqualifications etc. It will be a high pressure environment and they could have to deal with some very tricky issues.