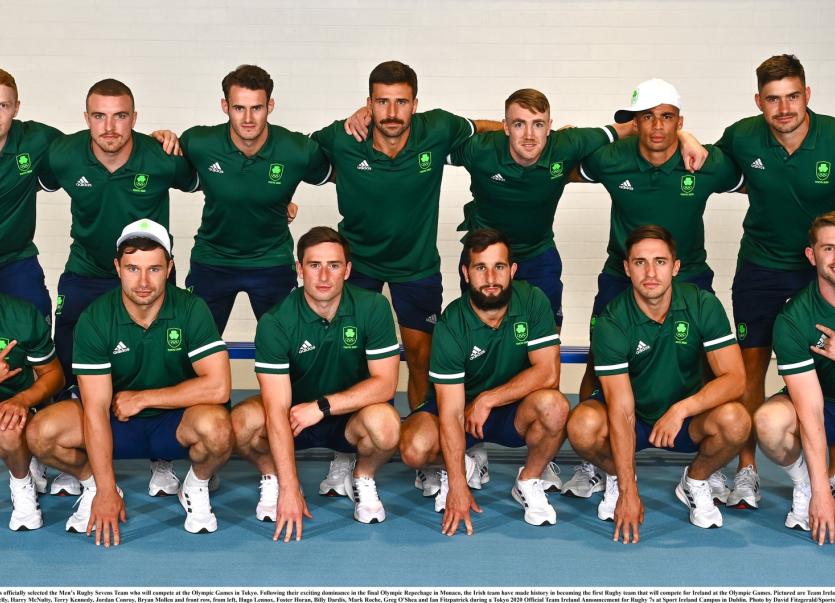 THERE will be great Offaly interest in the Olympics Games with three competitors among the travelling party while a young Portarlington woman will compete in the Paralympics a couple of weeks later.

Tullamore man Jordan Conroy is part of the Ireland rugby sevens squad that will compete in Tokyo while Clara's Shane Lowry is competing in the golf event. Belmont show jumper Darragh Kenny is part of the Irish team for the show jumping event.

Nicole Turner, from Garryhinch, will compete in the Paralympics in the Japanese capital a couple of weeks later.

There is plenty of more Offaly connections with the event. Long time Tullamore resident John Cronin is on the Jury of Appeal for the athletics events. Now president of Athletics Ireland, he severed as Tullamore Harriers chairman for over 20 years from the 1990s into the 2010s and has officiated at several top international events in the past decade or so. A native of Donegal, this will be the pinnacle of his long athletics adminstration career.

Alan Lowry is going as the caddy to his brother Shane. Now working as a senior consultant with Deloitte, Alan Lowry is an excellent amateur golfer and he previously carried the bag for Shane for four tournaments in 2018 after he split from Dermot Byrne. Lowry's regular caddy Bo Martin is not travelling to Japan but will be back on duty after that.

Another Tullamore resident, Nick O'Hare is going as a swimming analyst with RTE. Living at Tinnycross for the pasty couple of years, O'Hare swam in the Atlanta Olympics in 1996.

Screggan man James Nolan will be going as the athletics team manager with Paralympics Ireland. A two time competitor in the Olympics himself, he has been working with Paralympics Ireland for several years while he is also a coach at UCD. He was in Portugal this week for a warm weather training camp with athletes and will be returning home for a spell before travellin go Tokyo – The event takes place from August 24 to September 5.

The Tokyo Olympics take place from July 23 to August 8 and Ireland is sending its biggest ever team to the sport. Almost 100 athletes will compete across nineteen sports with the mens' hockey team and mens' rugby sevens squad competing for the first time.

Over the course of the Games, Team Ireland will have athletes competing across Japan, with the main bulk of athletes residing in the Athletes' Village in Tokyo itself.