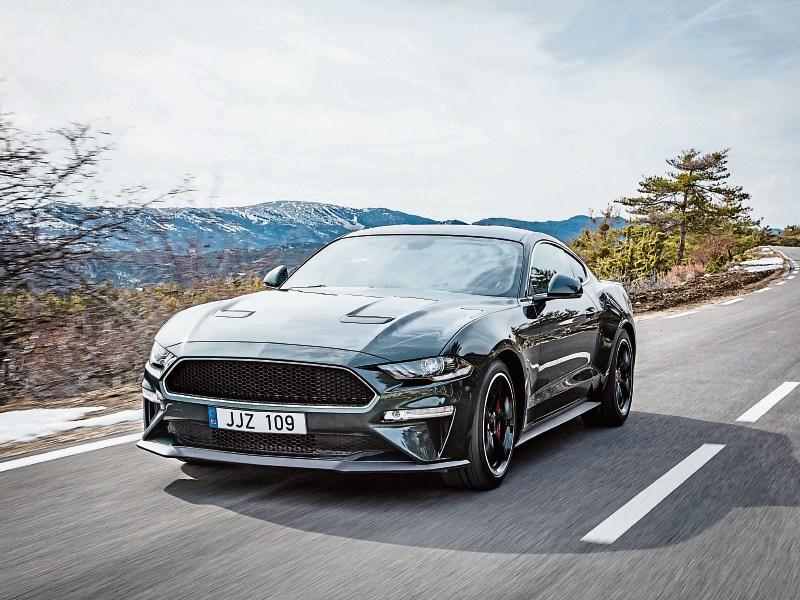 Ford delivered European public debuts for the new Ford Mustang Bullitt at the Geneva Motor Show. The car is set to go into production for customers in Europe from June.

Celebrating the 50th anniversary of the legendary Warner Bros. film starring Steve McQueen, the new Mustang Bullitt special edition was unveiled with the support of third-generation members of the McQueen family, Chase and Madison McQueen.

It’s one of the most epic car chases in movie history. Almost 10 minutes long, the iconic sequence in the Warner Bros. film 'Bullitt' follows Steve McQueen at the wheel of a 1968 Mustang GT fastback as he chases two hitmen through the streets of San Francisco.

Special edition styling includes 19-inch Torq Thrust-style wheels, red Brembo™ brake callipers and a faux Bullitt fuel-filler cap. The interior features Recaro sports seats, and each Mustang Bullitt will have an individually numbered plaque in place of the traditional Mustang emblem on the passenger-side dashboard. As a nod to the original car’s interior, the gear shifter features a white cue ball gearshift knob.

“Nothing captured the spirit and excitement of Mustang quite like that amazing car chase in ‘Bullitt’,” Armstrong said. “The new Mustang Bullitt will pack a similar punch when it goes on sale this year with more power, exciting new features like rev-matching and B&O PLAY audio, and – just like Steve McQueen – dripping with understated cool.”

Ford enlisted the support of Chase and Madison McQueen, to unveil the new Mustang Bullitt in Europe. Steve McQueen’s grandchildren – supported by their father, Chad McQueen – starred in their own car-chase scene set in the Swiss Alps surrounding Geneva, a homage to the iconic “Bullitt” chase-scene that still resonates with movie fans today.

Appearing also alongside the new Mustang Bullitt is a Highland Green 1968 Ford Mustang GT powered by a 390 cu in (6.4-litre) V8 engine, the same model as the car driven by Steve McQueen in the movie “Bullitt”.