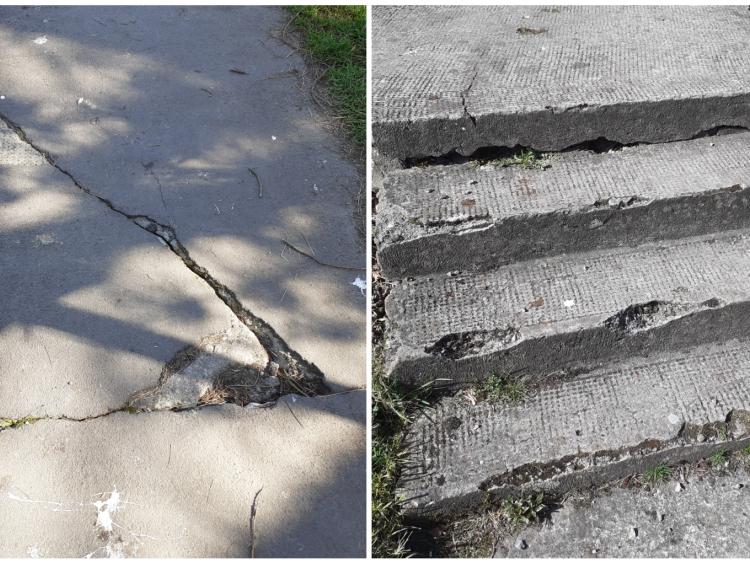 Residents in Edenderry have expressed frustration over the state of footpaths in one residential area.

The footpaths and concrete steps on Gilroy Avenue are in a dangerous state, according to locals who are calling on the council to fix them.

"This is an elderly area and there have been a number of incidents of people tripping and falling on the paths," one resident told us.

The route is also used by parents and children walking to a number of primary and secondary schools in the area. St Patrick's Primary School is located on Gilroy Avenue itself.

"The paths have been left like this for years and they are getting worse and worse," one local said. Pictures provided by residents show the state of disrepair the paths have falling into.

"We just want them made safe for the vulnerable people using them every day before someone is seriously injured," they concluded.

Responding to the Offaly Express, Edenderry-based Fianna Fail councillor Robert McDermott said: "I am aware of these paths in Gilroy and the residents' concerns.

"I have already brought it to the attention of the Area Engineer. This year’s footpath programme has not been drawn up as of yet and I will seek its inclusion in the programme."