Offaly deaths and funerals - May 12 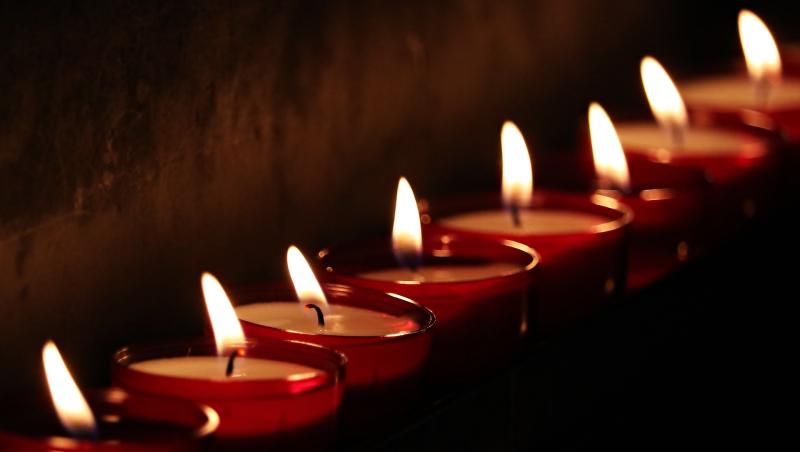 Reposing at O'Reilly's Funeral Home, Harbour Street, Tullamore on Monday from 6.30pm until Rosary at 9pm. Funeral Mass on Tuesday at 12.30pm in the Church of the Assumption, Tullamore, followed by Burial after Mass in Clonminch Cemetery, Tullamore. Family flowers only please, donations in lieu to Riada House, Tullamore.

Mass of the Resurrection in Mount Sackville Chapel at 11am on Monday May 13th, followed by burial in Convent Cemetery.

Reposing at her home in Sheena on Tuesday from 3pm until Rosary that night at 8pm. Removal on Wednesday morning to the Church of the Assumption, Tullamore, arriving for Funeral Mass at 10am. Burial after Mass in Clonminch Cemetery, Tullamore.

Reposing at the family home (Rahan Demesne) (R35 W8X2) on Sunday from 3pm until Rosary at 8pm. Removal on Monday morning to St. Carthage's Church, Killina, Rahan for Requiem Mass at 11am. Interment afterwards in Rahan Cemetery.

Funeral Mass on Sunday at 11am in St. Colman’s Church, Kilcolman followed by burial in Kilcolman Cemetery.

Reposing at Maher's Chapel of Rest, Portarlington on Sunday 12th May from 4pm until 6pm. Removal on Monday at 10:20am arriving St Mary's Church Raheen County Offaly for Requiem Mass at 11am. Funeral afterwards to Mount Jerome Crematorium arriving at 2:30pm. Family Flowers Only Please. Donations If Desired To The Friends of Tullamore Hospital.

Reposing at O’Reilly’s Funeral Home on Sunday from 7pm until 9pm. Removal to St Brigid’s Church, Clara for Funeral Mass on Monday at 11am. Burial immediately afterwards in the Monastery Cemetery, Clara.

Reposing at O'Reilly's Funeral Home, Harbour Street, Tullamore on Monday from 4.30pm until Removal at 6pm to the Church of the Assumption, Tullamore. Requiem Mass on Tuesday morning at 10am followed by Burial after Mass in Clonminch Cemetery, Tullamore.