Gone to the dogs: Super week for Offaly greyhound fans 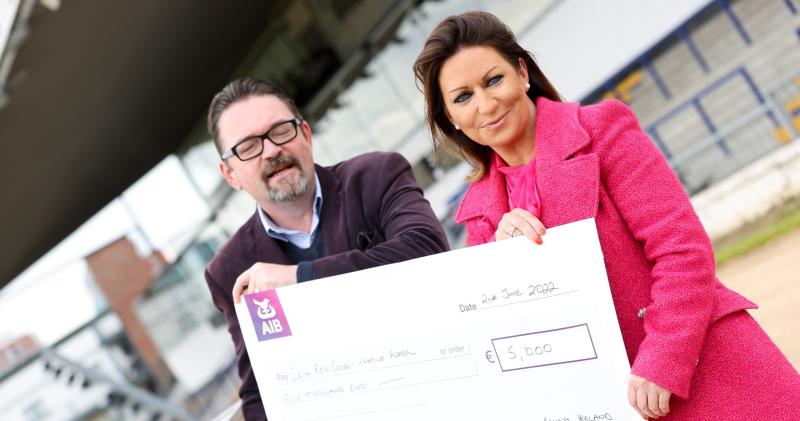 Another super week for greyhound racing fans with the third round of the Star Sports/TRC English Derby taking place on Saturday where the Irish dogs dominated the weeks racing, the quarterfinals of the Irish Oaks and the final of the Produce Stakes with loads more top class racing.

In Enniscorthy, Monday, in the semi-finals of the Kanasef unraced ON2 stake, Antigua Grumpy won the first for local trainer Gary Dempsey in 29.15 (20 slow) by two lengths. The second semi went to Rays Boy for Pat Whelan in 29.01 (20 slow) by one length. Final of this stake was run on Sunday, report later.

First Offaly winner of the week was in Thurles, on Tuesday, when Totos Bliss won an A5 race for Birr owner Tony McCormack and Tipperarys Denis Fogarty in 29.18 (20 slow) by  eight lengths.
Thursday, in Shelbourne, in the final of the Talking Dogs ON2 unraced stake, Delightful Izzy (Droopys Sydney - Urban Time) was first past the post in 29.07 (30 slow) by one length at 2/1 with the €1.5k cheque going to Rathangan owner Reggie Roberts. In the final of the RCETS A5 stake, Leahs Turn (Superior Product - Tegans Turn) had six lengths to spare over his rivals in 28.79 (30 slow) at 3/1, with first prize of €2k going to owners David and Thomas Weadick.

Friday Racing
In Galway, in an S6 350 yard sprint, Colossal Knight won for Geashill trainer Margaret Bolton in 19.42 (10 slow) by a neck at 7/4 fav. Kilkenny hosted the first round of the Mary Ramsbottom Memorial ON2 unraced stake, five heats with Dun Loich going fastest for Karol Ramsbottom in 29.29 (30 slow) by seven lengths at 4/6 fav.

In Newbridge, in the first round of the Track Supporters A2 525, Lackenhill showed an impressive turn of foot to easily being the fastest heat winner for Ballinagar owners Euro-Dollar Syndicate and Iggy Daly in 28.77 by four lengths at 3/1.

In Shelbourne, on Friday, in the semi-finals of the Retired Greyhound Trust A1 525, Well Met was first over the line in the first heat in 28.36 by two lengths at 3/1 for Laurence Jones. The second semi went to Rewired for Sean Dooley in 28.65 by a neck at 4/1. In the final of an A3 contest, Storys Nugget (Droopys Sydney - Droopys Pickles) got the €1.5k prize for trainer Murt Leahy in 28.48 by two lengths at 6/4 fav. In the semi-finals of an A2 600 yard stake, Ripley Lightning won for Paddy McCormack and owner Austin Kelly in 32.65, by one length at 4/1, this was Ripleys seventh career win.

In Waterford, in the semifinals of the Mooncoin Kennels ON3 unraced stake, Ballygur Yankee won the first for William Hanlon in 29.51 by one length at 2/1. The other semi went to Silverspring Ria for Peter Cronin in a faster 29.35, by five lengths, at an unbackable 1/4 fav.
Curraheen Park in Cork hosted the semifinals of the Deadly Kennels Open 750, two real good winners here who look to have a bright future over six bends. Magical Poppy in the first for Pat Guilfoyle in 41.56 (20 fast) by eight lengths at 2/1 and Ballybough Champ in the second for Leahy, in 41.81 (20 fast), by six lengths at 4/5 fav.

In Limerick, in the semi-finals of the Greyhound and Petworld Golden Muzzle A1 550, Ganja Gun was first over the whitewash in the first heat for Patrick Conlon in 28.83 by eight lengths at 2/1. The second heat went to Whats Up Jack for the O-L syndicate in 29.9, by six lengths, at 4/5 and remains unbeaten in this stake after three round. One Offaly winner in Limerick, Malbay Theo won an A6 525, again for Margaret Bolton in 29.42 by four lengths at 6/4.

Undoubtedly the best racing in Ireland on Saturday was in Shelbourne, with the quarterfinals of the Sporting Press Online Edition Irish Oaks. Four cracking heats, with Droopys Nextone setting the standard when winning in 28.07 for John Linehan. Ballymac Whispa was next fastest for Liam Dowling in 28.23, Droopys Gloss won her heat in 28.39 for Leahy and Florentis hers for Owen McKenna in 28.31 by three lengths at 4/1. One Offaly dog qualified for Saturday’s semi-finals, Fahy Devine for Paddy McCormack and seems to be improving with every run and has every chance of making the final.

In the semi-finals of the RCETS AO Stake, Mustang Jet won the first for Dolores Ruth in a career best run of 28.03 by four lengths at even money fav. The second semi went to Macho Bride for Kieran Lynch in a slower 28.58 by two lengths at 3/1.

Fourteen Irish Dogs went into traps for the third round of the Star Sports and TRC English Derby, we had four magnificent winners and of the twenty four dogs remaining, ten are from this side of the Irish sea. The four winners, Ballymac Fairone for Liam Dowling, Care Cloud for Peter Cronin, with Singalong Sally and Ballinabola Ed both for Pat Buckley. Of the ten left Buckley has three, Hennessy, Cronin and Dowling have two each with Graham Holland with the remaining one.  Ballinabola Ed is now as short as 7/4 with the leading bookmakers to land the title, in fact seven of the first eight in the betting are Irish dogs. Here’s hoping for further success in Saturday’s quarter-finals.

Back to Enniscorthy on Sunday evening for the final of the Kanasef ON2 unraced stake, Roanna Daisy (Dorotas Wildcat- Droopys Elite) was a two length winner with the €4K cheque going to owners Adrian Maher and Robbie O’Neill in 29.04 (20 slow).

The most valuable final of the week was in Clonmel, The Larry O’Rourke National Produce Stake. It was a cracking line up with all eyes on 2/5 fav Swords Rex but like many finals the script was torn up at traps as he missed his break and the winner Gaston Pecas (Droopys Sydney- Bobsleigh Jet) got a flyer and was always in command in 28.36 by one length at 6/1. What a week it was for trainer Pat Buckley as he dominated in Towcester and got himself a decent first prize cheque of €17k here. Serene Tiger was second for Michael O’Donovan and received €5.7k with Newinn Homer in third for Holland with €2.5k going his way. Three other valuable finals on the night, firstly the Kieran Purcell Memorial Guys and Dolls A3 stake, Courty Girl (Laughil Blake- Killaheen Queen) won in 28.60 by three lengths at 2/1 with the €2.1k purse going to Waterford trainer John Byrne.

In the final of an ON2 unraced competition, Good Axel (Good News- Drifting Abby) won by seven lengths in 28.76 at 5/2 with the €1.5k pot going to John and Maria Kennedy.

In the final of the Track Bookmarker Open 575, Cryptopunk (Dorotas Woo Hoo- Bogger Bonnie) stopped the clock at 31.34 for Holland, winning by three lengths at 2/1 with €1.5k to the winner here.

Tribune Offaly dog of the week
Lackenhill is a worthy winner this week for Ballinagar owner Iggy Daly when winning an A2 race in Newbridge on Friday in a smart 28.77 by four lengths.

Ten  Offaly winners this week. Congrats to all involved.