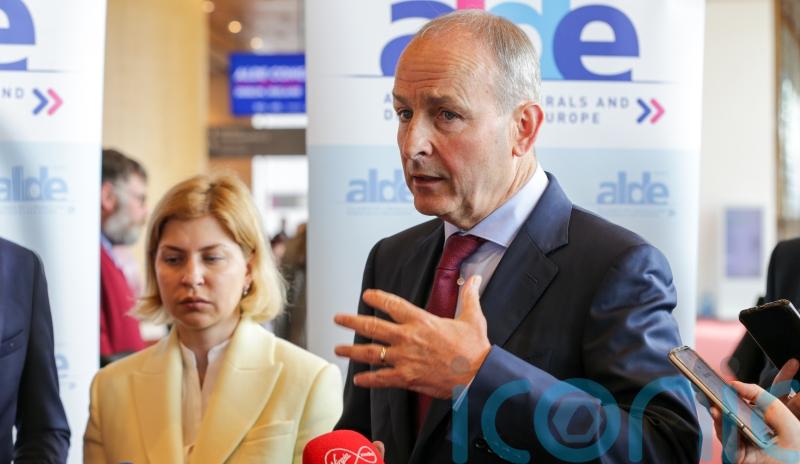 The two leaders spoke ahead of a European Council meeting on Thursday and Friday where EU leaders are due to discuss the European Commission’s recommendation to grant Ukraine EU candidacy status.

Mr Martin said he was “delighted” to speak with Mr Zelensky and confirm Ireland’s support for Ukraine’s EU membership.

“We are, and will be, with Ukraine every step of the way,” he said.

Mr Martin has been a vocal advocate for Ukraine’s fast-tracked membership of the EU, and has used Ireland as an example of how a country can develop through EU membership.

Mr Zelensky said that he spoke to Mr Martin “on the eve of the historic” European Council meeting.

He thanked Ireland for its “active support of Ukraine’s European aspirations” and the status of a candidate for EU membership.

Mr Zelensky added that he invited Mr Martin “to make the first visit to Ukraine in the history of bilateral relations.”

Mr Zelensky has spoken to several EU leaders on Tuesday ahead of the summit – including Hungarian Prime Minister Viktor Orban, who he also invited to visit Ukraine.

Ukraine is in the early stages of applying to join the EU, after requesting to apply for membership a week after Russia invaded the country.

The European Commission delivered its proposal to award Ukraine candidate status after a fast-tracked analysis of answers to an EU-membership questionnaire.

Despite the European Commission’s endorsement, it is likely to take years or even decades to lead to EU membership for Ukraine.

Mr Martin said previously that the process to apply to join the EU is “complex and challenging”.

“It requires considerable work on the part of the country looking to join.

“Ireland is ready to walk every step of that journey with Ukraine, providing whatever support and encouragement we can along the way.”