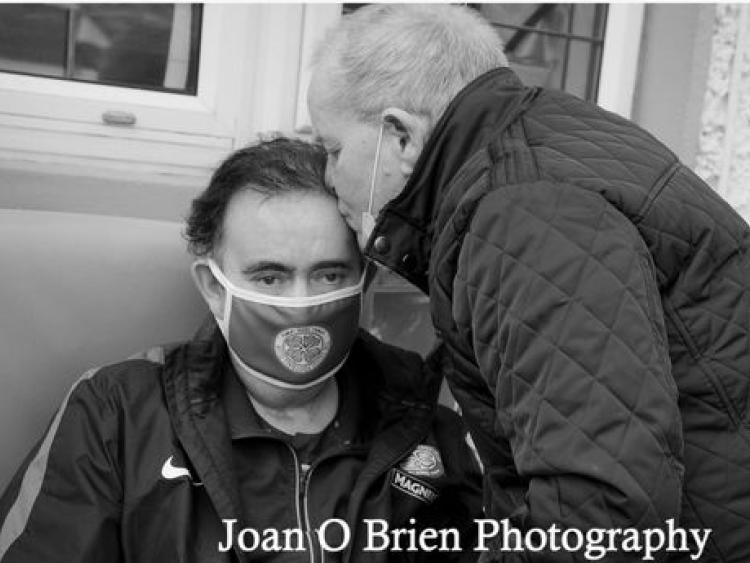 There was cause for celebration in Edenderry on Wednesday as popular local man Alan Morrissey came home from hospital after a four-month battle with Covid-19.

Alan was admitted to the intensive care unit of Tallaght Hospital after contracting the virus last December, more than four months ago. He was in a serious condition but his family never gave up hope.

On Wednesday, residents in Castleview Park in the town gathered with bunting, balloons and posters welcoming the 50-year-old home at last. He missed Christmas and his 50th birthday with his family as a result of his hospital stay but his trip home was cause for more celebration than any of those events.

Tommy Morrissey kissed his son on the top of his head when he arrived home to cheers from friends and neighbours. He had beaten the dreaded virus that has taken a grip of the world over the last year. The moment was captured beautifully by photographer Joan O'Brien.

Locals were delighted to have good news to share around the town for a change after many months of Covid-19 restrictions, cases and tragedies. Alan is a keen soccer supporter and will no doubt be back on the sideline both locally and further afield again soon.

One local, Andrea Stones Quinn, said: "Congrats Alan on coming out the other side. A good healthy road ahead please god."

Denise M. Ní Bhroin added: "Welcome home Al, great to see you back on the other side at last. Continued speedy recovery."

Mary Hanley said: "Brilliant news to hear Alan is home. So delighted for his Dad and family. Continued recovery to you Alan."

Joan O'Brien posted her photograph of Alan with his father Tommy and said: "Such a precious father and son moment today when both were eventually reunited again after more than four months."

"Alan Morrissey came home today after been in ICU in hospital with Covid 19 since December. It's a miracle to his family and friends to have Alan now back home again."