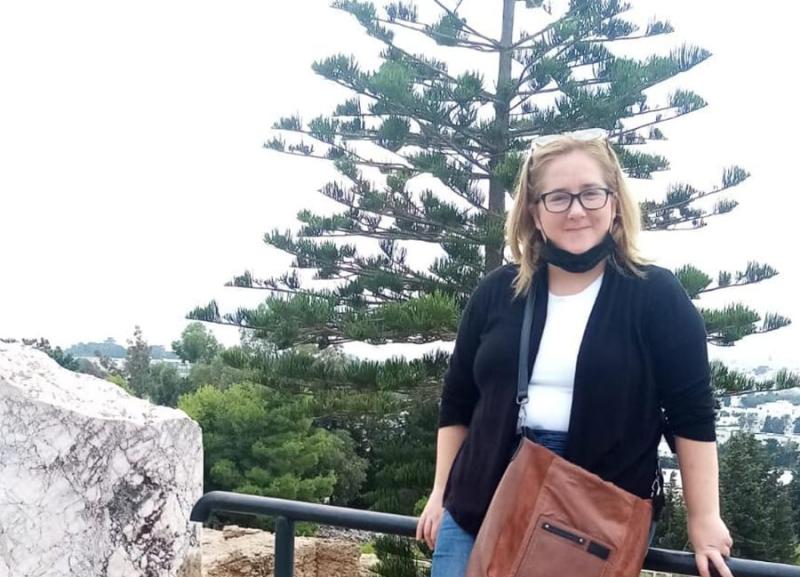 A mother has vowed never to leave Tunisia until she is reunited with her four young children, who she claims were taken from her by their father.

Elaine Ryan, who comes from Portroe in North Tipperary and has family connections in Roscrea and Nenagh said her heart is “broken” over the loss of her children - but that she will never give up the fight to find them and bring them home.

Elaine Ryan has not seen her four youngest children since 2019 when a summer holiday to see her husband’s family turned into a what can only be described as every parent's worst nightmare.

Before their departure everything had seemed normal. The children were registered to go back to school and their uniforms had been bought. Elaine and her husband had even been to the local social welfare office to sign documents for the Back To School Allowance.

Giveaways, great offers and a draw for a fabulous barbecue as new shop officially launches in Tullamore this week

It was August when they arrived in Tunisia and it was then that Elaine’s husband posed an unsettling question to her:
“A few days into the holiday I started to notice that my husband kept asking about leaving the children here with his family and we’d go back to Ireland the two of us,” she told the Newstalk Lunchtime Live programme.

“He’d go back to university and we’d come to Tunisia every three months to spend a month with the kids.

“I said, ‘No. We’re returning to Ireland, we came here on a holiday and the kids have school. I have my other daughter back home in Ireland, she’s starting her Leaving Cert year.’

“That was fine, he kind of stopped then.”

But one afternoon there was a knock on the apartment door when her husband arrived with a baliff.

“My husband arrived with what they call a bailiff in Tunisia, serving me papers. He had gone to court for temporary custody of the kids.

“He had lied to the courts, he had told the courts that we had moved to Tunisia and that when we got here I had decided to leave, which was not true we had only come here on a holiday."

Her in-laws also arrived at the apartment.

“About 9 o’clock at night he eventually allowed me to answer the call from my mother. So obviously it was an emotional phone call because they didn’t know what was going on.

“While I was on the phone to them his mother came in and took [the youngest] from the bed and had taken him to the apartment as well.

“So he kept me locked in the apartment for that night but he let me know where the kids were and that they’d gone with his mother to another apartment.”

On September 3, she was allowed to see her children. Since then Elaine’s life has been a mixture of heartbreak and legal battles. Her husband’s repeated failures to turn up at court and the COVID-19 pandemic means that the case is still not resolved.

In March 2021 she returned to Ireland to see her family and while she was home her father died. She decided to stay on for a few months to support her daughter through the Leaving Cert but other than that she has remained in Tunisia.

Her family are helping her with her legal fees and she is determined to pursue every avenue to get her children back:
“I’m not leaving without them,” she told Newstalk radio from Tunisia.