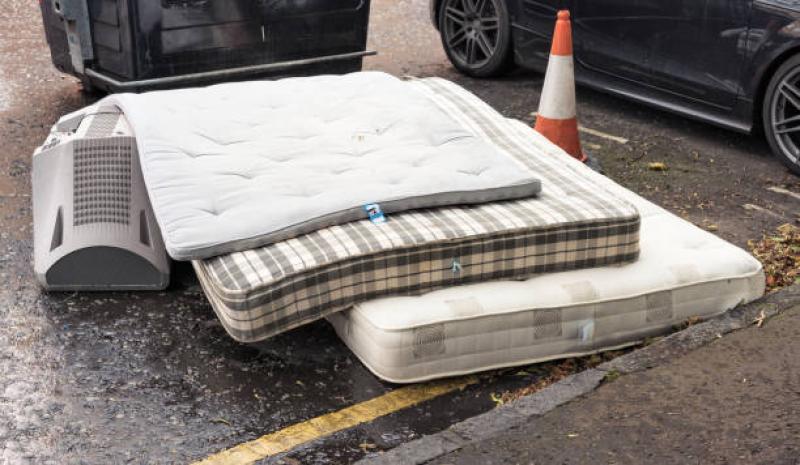 THE large number of mattresses being dumped along the roadside and in scenic spots prompted Councillor Neil Feighery to ask if there could be an initiative to help recycle mattresses, at a recent Tullamore municipal district meeting.

The Fine Gael councillor believes the cost of recycling could be preventing people from bringing them to the Derryclure recycling facility, in Tullamore.

''There is indiscriminate dumping in our bogs. One item is mattresses, I notice the fees for mattresses seem considerably high. It may serve as a disincentive. It's €18 euro for a double mattress, €10 for a single. Considering we have huge costs in trying to control this dumping and we have to hire diggers, could we have an incentive maybe or a special event to have them recycled for free?'' he asked.

In response, director of services Tom Shanahan said the reason the mattresses are expensive is they cannot be recycled. He said various technologies had been tried unsuccessfully.

''We could probably look for some scheme under an anti-dumping initiative, we could have a one off event,'' he said. ''It's an ongoing problem. Similarly with couches and bulky furniture, they are probably the most expensive,'' he added.