Covid 'all over the place' as Tullamore prosecutions are adjourned 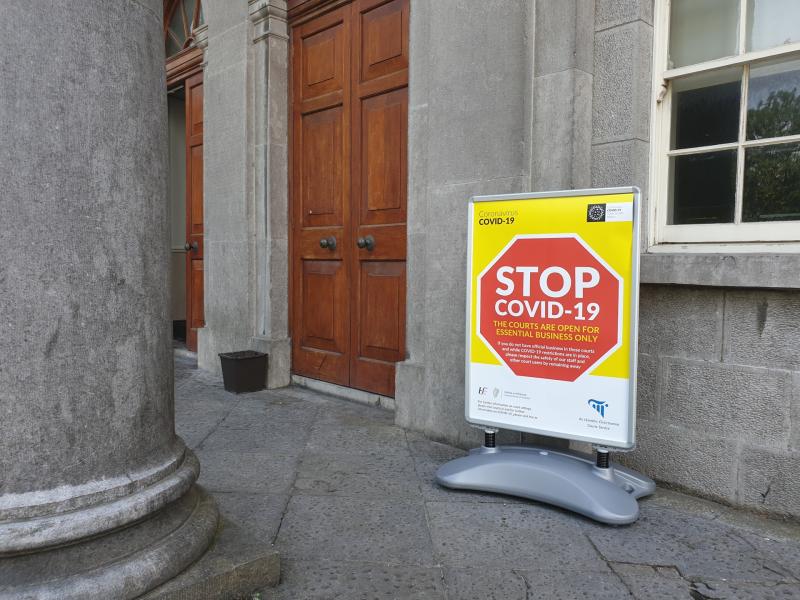 COVID is now “all over the place” because of the Omicron variant, a judge told a court sitting in Tullamore.

Many criminal cases which came before Judge Colm Roberts at Tullamore District Court were adjourned because various parties were either positive for Covid-19 or were isolating having been deemed close contacts.

These included a number of adjournments of summonses for breaching the Covid-19 restrictions on travel within the State.

Judge Roberts said he knew of one family who were isolating for 10 days over the Christmas period because one of the children had Covid.

Then when that period ended another adult child was diagnosed with the virus and “they had to go back and recommence another isolation”.

“I know several judges who have been isolating. So it's all over the place.”

In one prosecution which related to an offence alleged to have been committed in December 2019, a barrister sought a dismissal because the gardai were seeking the adjournment of a hearing.

Garda Stacey O'Brien told the court the date fixed for the hearing would have to be vacated because a garda witness and two other witnesses, who were the alleged injured parties, were also isolating and would be unavailable.

Judge Conlon said he would adjourn the matter to February 2 for mention, explaining he would not fix a hearing date yet because it could be “fictional” at present because of the Covid situation.

“I think things are going to be little bit up in the air for a while,” he said.

“We're not in a normal situation. The Omicron has really added another dimension to an almost already difficult situation.”

He said the guards had been through a very tough time over the last few years, especially because of what he said was a nine-month delay in getting them vaccinated, something he found difficult to understand.

“The guards have had to put up with people spitting at them, all sorts of stuff, really tough stuff, unfairly.”