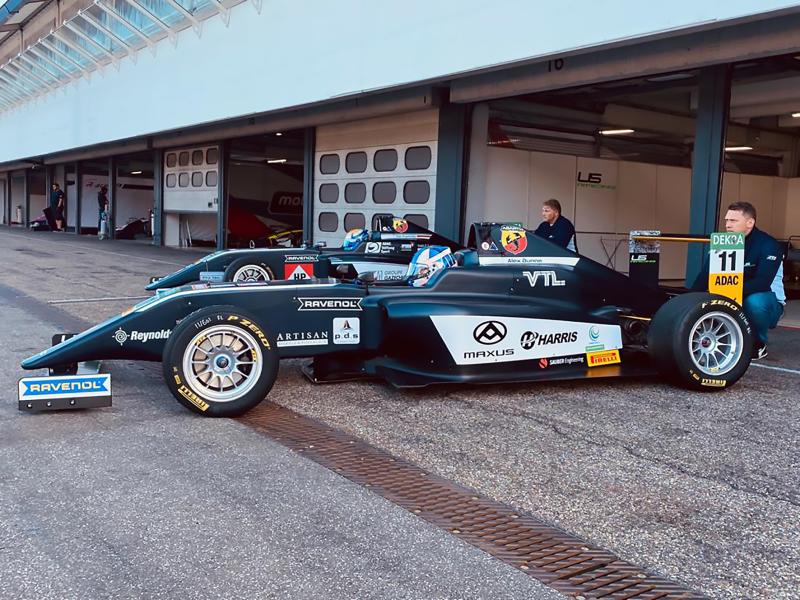 Offaly teenager Alex Dunne will join US Racing at the next round of the ADAC Formula 4 Championship in Hockenheim, Germany, on September 17 to 19.

After making the step from karting to car racing this year, the 15-year-old from Clonbullogue completed several Formula 4 races in the Spanish F4 Championship and now joins with US Racing in Germany's ADAC Formula 4 Championship for selected races of the series.

“Having gained some experience in single-seaters, I am happy to be able to confirm that I will be racing for US Racing in the upcoming rounds of the ADAC Formula 4 Championship at Hockenheim,” said Alex on the announcement of his deal with US Racing.

“US Racing is a very successful team with lots of experience. We’ve already had a successful test and some simulator sessions and I feel very comfortable in the team and can’t wait to finally start a race weekend with them."

“Alex has a very concentrated and exemplary attitude towards racing and being a race driver. His attitude and approach impressed me right at our first test in Formula 4 together. The first test already showed that he has a really good speed, so I think Alex has a big potential for a successful race weekend in Hockenheim," explained Gerhard Ungar.

Former Formula 1 driver Ralf Schumacher is also pleased to have the new US Racing Team member on board, “Alex is still very young but very focused and ambitious, he already showed his potential during our test in the Formula 4 car. I am very happy to have him in the team."

The upcoming ADAC Formula 4 event will run from September 17-19 with three rounds set to be contested.