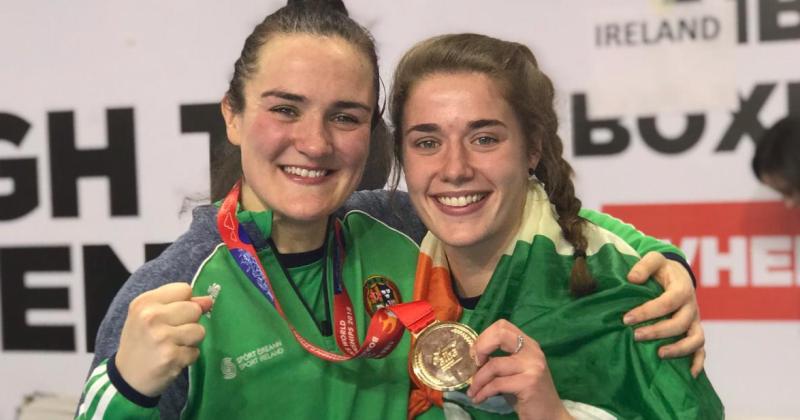 It's ten years since Dima Dmitruk set up the Spartacus Boxing Club in Tullamore. On Sunday morning, as many of us rose early to watch Kellie Harrington's bid for Olympic glory, Dmitruk was there in Kellie's corner in Tokyo as part of the Irish coaching staff.

Dima is an integral member of the Boxing High-Performance Coaching Staff at the Sport Ireland campus in Abbotstown and was instrumental in coaching Kellie Harrington to that famous gold medal. Harrington beat Brazil's Beatriz Ferreira in the gold medal bout on Sunday.

Dima has been coaching Kellie Harrington over the past five years and he was one of three coaches to travel to Tokyo with the Irish Boxing Team along with the Head Coach and Dima's good friend Zaur Antia and John Conlon.

PICTURED: Kellie Harrington and her coaches, including Dima Dmitruk (far right) and Zaur Antia (second from right) at a Multi Nations Tournament in February 2021

The link between Tullamore and Olympic success goes beyond that coaching role. Katie Taylor travelled to Tullamore in 2012 along with Zaur Antia to perform the official opening of the Spartacus Boxing Club. The club was initially run from the Axis Business Park but has since moved to Cloncollig.

A few months after that launch in 2012, Katie Taylor won gold for Ireland at the London Olympics and Irish women's boxing took a giant leap forward. The likes of Harrington and Spartacus fighter Grainne Walsh were waiting in the wings to emerge on the biggest stage.

They have been winning ever since. Kellie Harrington travelled to Tullamore in 2019 and was joined by Walsh at a club tournament. Just a couple of months later they both medalled at the European Championships in Minsk, Harrington taking silver and Walsh taking bronze.

Grainne Walsh is the most successful boxer from the Spartacus Boxing Club as a double European Bronze Medallist. Grainne also won a bronze medal at the European Union Championships in 2017. 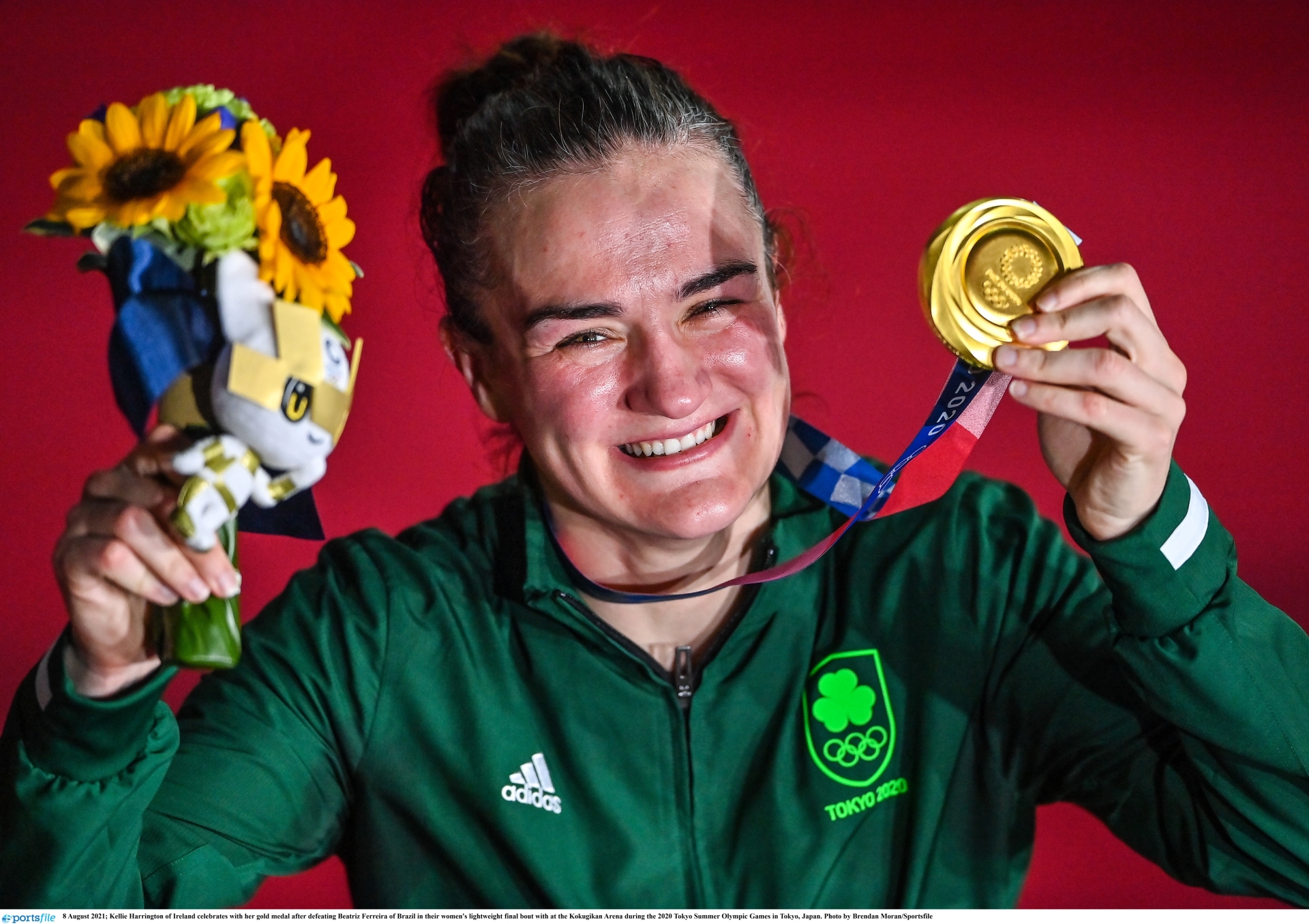 PICTURED: Kellie Harrington with her gold medal in Tokyo

The Tullamore woman was a member of the Irish team that travelled to the World Boxing Championships in Kazakhstan in 2016 where Kellie won her first major medal, World Silver. She has been a member of the Boxing High-Performance Unit since 2016 and has formed a close friendship with Kellie Harrington.

Despite the fact that Spartacus founder Dima Dmitruk is a member of the Boxing High Performance Coaching Staff, he still retains a huge interest in the Spartacus Club, where Head Coach, Viktor Kuzmenko, and his coaching staff hold regular classes for juniors and adults.

He had high hopes Grainne Walsh would be fighting for Ireland in Tokyo, as did the talented boxer herself. She has endured an agonising time with injury since her European Championship heroics in 2019. Walsh missed out on the Olympic qualifiers due to a recurring thumb injury she has been battling since January 2020.

She was forced to have surgery in 2020 and again in earlier 2021 after another thumb rupture during a training camp in Italy in October 2020. This ruled her out of the Olympic qualifiers as she did not have enough time to recover and compete for her spot on the plane to Tokyo.

Despite the upheaval and disappointment, Grainne is hoping to emulate her friend Kellie Harrington and is more determined than ever to start her training all over again to qualify for the 2024 Olympic Games in Paris. Spartacus Boxing Club will play a huge role along that road.