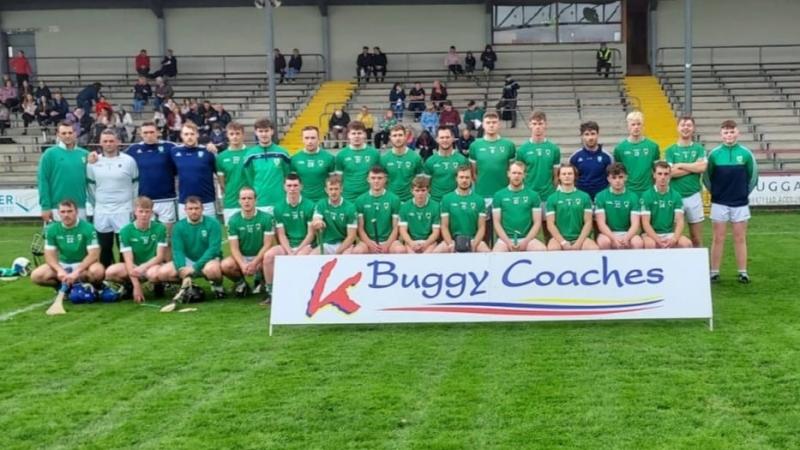 Coolderry were crowned Division 1 Hurling League champions on Saturday afternoon with a near perfect performance in Birr. They led from start to finish as their talisman Brian Carroll rolled back the years scoring 10 points on a day where they were in complete control. Shinrone never looked like stopping the Coolderry train and when they raced into a 0-04 to 0-00 lead after just four minutes, it set the tone for the game as they powered on and never looked back.

Shinrone will be disappointed with how they performed. They never showed up and never got to grips with the pace of the game. Coolderry could have been much further in front and Shinrone were extremely lucky to be still in the game at half time.

However, Trevor Fletcher will not be panicking just yet, and with three weeks to go until championship and a few more bodies to welcome back into the team, he has plenty of time for improvement.

Coolderry will be delighted with the silverware and their performance, leading from start to finish. Led by Brian Carroll, no team in their group will like meeting them and with Andy and Kevin Connolly inside, they have two forwards who will cause any team damage in the Championship. They could well be a team to watch this year.

Coolderry flew out of the blocks and were four points to the better after just four minutes of hurling, with Brian Carroll, Gearoid McCormack, Kevin Connolly and Andy Connolly all chipping in with some fine scores.

JP Cleary settled the ship for Shinrone and got them off the mark with a well taken free and Sean Cleary quickly added to the free to make it a two-point game inside the opening five minutes.

Coolderry hurled the better of the two teams for much of the first half and Brian Carroll’s influence grew on the game, and he pointed three times in the opening quarter. Further points from Cian Burke and another one from Andy Connolly left Coolderry with a four-point lead at the first water break.

Upon the resumption of play, Dan Doughan added his first of the day, and 18 minutes in, the green flag was raised for the first time. Andy Connolly broke through on goal following a wonderful sidestep and he laid it off to his namesake, Kevin who rounded Shinrone goalkeeper Conor Cleary to bury into an empty net.

Shinrone responded well to the goal and points from Joe Cleary and a Killian Sampson free cut the deficit almost immediately. Brian Carroll settled ship with an excellent score after a brilliant pass from Conor Molloy but points from Sean Cleary and Mark Morkan kept Shinrone in the game.

Just before half time, Shinrone’s hard work paid off when Paul Cleary found the net to leave the half time deficit at just two points.

The half time break probably came at the wrong time for Shinrone as it was a momentum killer and Coolderry rallied in the opening exchanges of the second half. Points from Eoin Ryan, Kevin Connolly and a brilliant effort from Barry Teehan increased their lead. Brian Carroll added to his tally with another free before the killer goal came in the 38th minute. Kevin Brady, who had just entered the field as a substitute broke through the Shinrone defence and laid it to fellow substitute David Tooher, with the latter finding the net for his sides second goal of the day.

Coolderry capitalised on any sort of Shinrone mistake, and this was evident in the 46th minute. Sean Cleary hit a rasper of a shot which cannoned off the crossbar and away. Coolderry worked it up the other end of the field and eventually to Carroll again who split the posts from out near the sideline.

Shinrone were given a glimmer of hope just before the second water break when Darragh Cleary fired low past Stephen Corcoran to leave six points in it at the brief stoppage as the teams headed to their respective management teams.

Eoin Ryan and Dan Doughan traded frees as it looked as if Shinrone may mount a strong comeback in the fourth quarter and when Jason Sampson and Sean Cleary pointed for them, it looked as if the comeback really was on, but Coolderry hit back with two of their own from Kevin Brady and Parlon to all but end the game as a contest. A late Darragh Cleary goal, his second of the game was not enough for the Shinrone men as Coolderry held on to claim the silverware.