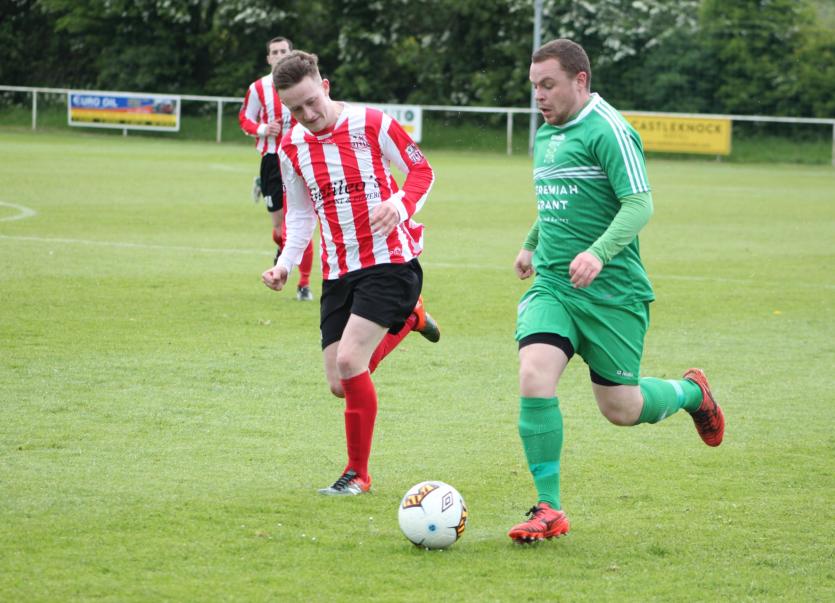 Edenderry Town in the red and white

Edenderry Town FC has been honoured with the FAI Club Mark as way of recognition for its hard work at grassroots level.

Established in 1926, Edenderry Town FC caters for almost 350 players spread over 14 teams ranging from Under-8 to Under-18 boys and four senior teams, consisting of a lady’s team, and three senior men’s teams. They also have a thriving academy for boys and girls aged between four and nine.

In awarding the club the mark, the FAI said: "Over the last number of years, the club has invested heavily in upgrading the grounds. They now have three high quality grass pitches with floodlights on one of them, a new floodlit Astro turf and two small-sided pitches all located in Paddy Malone Park.

"The club have consistently had three senior men’s teams competing in the Leinster Senior League and a senior ladies team competing in the KDFL. Towns first team have been in the top amateur league for the past couple of years which is a remarkable achievement given the population and small catchment area of the town.

"Edenderry Town FC has a big focus on retention in underage football to keep a supply line of players for the clubs U19 and adult teams. This all begins with their well-run junior academy where the clubs coaches make football fun for our future stars before they embark on playing in the KDUL where they play from U10-U16.

"On the field Edenderry Town FC has been very successful in the LSL, KDUL, KDFL & CCFL winning leagues and cups along the way but the highlight over the last few years came in 2018 when Edenderry Town FC were awarded Club of the Year in the Leinster Senior League. This can be attributed to the dedication and commitment of all the clubs’ volunteers."

Everyone at Edenderry Town FC wish to thank their loyal supporters, club sponsors and the local community who have supported the club over the years.

The FAI Club Mark is free and optional for clubs and aims to:

Offaly woman appointed to Board of Sport in Ireland

Presentation made to Offaly twins named on Irish basketball squad