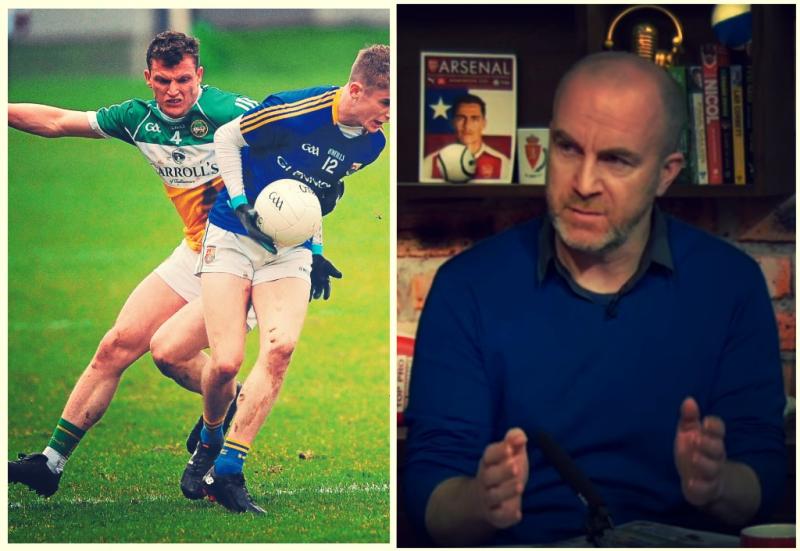 Offaly interim manager Paul Rouse has said he "can't complement the players highly enough for their effort" after taking charge of the county's senior footballers in the wake of Stephen Wallace's dismissal three weeks ago.

Rouse came in on a short-term agreement along with his brother John, Stephen Darby and Alan McNamee to lead the county into the qualifiers, the first round of which pits the Faithful against Antrim this coming Saturday, June 9 at Bord na Mona O'Connor Park, Tullamore.

Speaking to the Offaly Express ahead of the game, Rouse said: "Everything that's been asked of them they have done. It hasn't been easy for them this year but what's shone through is their desire to play and do their best for Offaly."

The Tullamore native also praised his selectors and said "we are in the first instance a management team. In so far as there has to be someone nominated manager, it's me, but it's very much a management team."

Although Rouse and his selectors assumed their roles in difficult circumstances, he says "we were honoured to be in a position to do the job for the remainder of this qualifier."

On the pitch, Rouse has spent the last three weeks assembling and training a team to take on Antrim and additions include Brian Darby, Johnny Moloney and Eoin Rigney who returns having completed exams.

"There's a big job of work to be done in Offaly football but we hope what we've done is put the fundamentals in place and made a start to where we need to go to make Offaly successful," Rouse commented.

"The whole of the county are pulling together and the players who were approached to come back in jumped at the chance except for the guys who already had made commitments for the year," he added. "The players that are involved want to do their best for Offaly and there's a lot of very very talented footballers in there."

Speaking about the difficulties players faced earlier this year with the management issue and the task of moving forward, Paul said, "what Offaly people want to see is a team playing with pride and conviction and if they can see we are doing that, they will be happy and we'll look at the result after that."

"Of course we want to win but the first thing we will try and do is play with a bit of cutting," he added. Paul aims to prepare a team to go and do just that against Antrim on Saturday evening and the emphasis, he says, will be on "moving the ball as quickly as we can within the circumstances."

"We want to attack in so far as we can. I've no problem with people playing whatever style of football they want to, but looking at the players we have at our disposal, you'd be mad not to go out and go for it," Paul told the Offaly Express.

Speaking about Offaly's championship exit, Rouse said, "we've just lost to Wicklow who finished last in the fourth division of the league so that's the reality of where we're coming from and we accept that, and the players accept that, but that's not going to define our ambition or define where we want to go because there's a serious football team to be made in Offaly and the players are there to do it."

"It's time for Offaly football to begin a climb. It's a huge journey that needs to be made and it's not going to be made in a week or three weeks or two months, and we could really do with people throwing their shoulder to the wheel and supporting us on Saturday," Paul continued.

"What was very heartening about the Wicklow game was the fact the Offaly crowd never gave up on the players. They kept at it and kept going even. Everything that could possibly go wrong went wrong but let's just make sure that's the end it now. Let us make sure that from now on we're on the rise rather than looking over our shoulders. Let's just draw a line on where we are and move forward," Rouse said passionately.

Looking ahead specifically to the threat posed by Antrim, Paul pointed to their organised defence, "good forwards" and the considerable midfield presence of Niall McKeever as imposing elements. "McKeever has spent time playing Australian rules and he's a big tall man who can move," Paul commented.

"They've a lot of players in their squad with Sigerson Cup medals and that will bring them on a long way," Paul added. He also noted that Antrim conceded the fewest scores in the Allianz Football League and appealed to Offaly supporters to "be patient" if Offaly get caught into a tight game.

Asked about the possibility of facing a packed Antrim defence, Paul said, "If Offaly are to win this game, it will be by the most narrow of margins so I will look for discipline, patience and hard work, and then I would look to trust our footballers to come out on the right side of it."

"At the end of the day it's a winnable game but Antrim will be coming down thinking the same thing," Paul concluded.