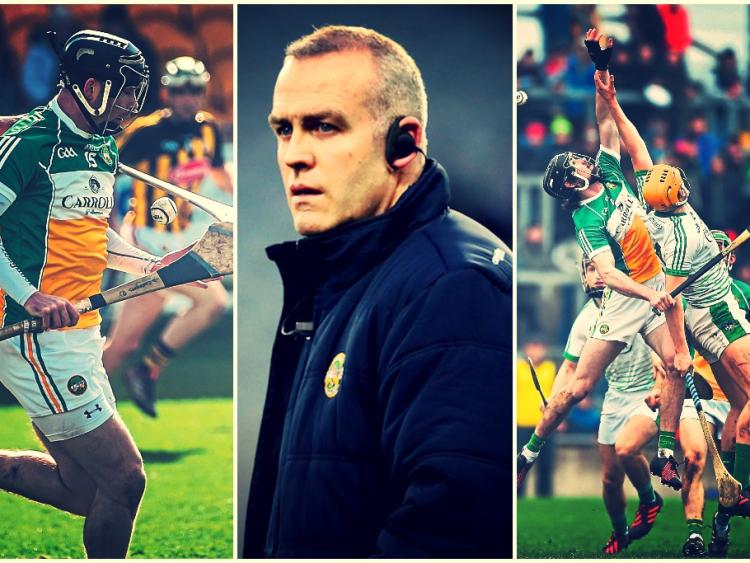 OPINION: Offaly deserve to be relegated so enough with the whinging

Offaly's loss to Dublin over the June Bank Holiday weekend brought about the county's relegation to the Joe McDonagh Cup for 2019, a situation described in many quarters as "a dark day for Offaly hurling."

As well as that disappointment, there has been an outpouring of opinions from ex-players, supporters, managers and pundits, regarding the new provincial set-up. Many, including Liam Hogan and Anthony Daly, called for Offaly to be spared relegated and advocated promoting this year's Joe McDonagh winners and increasing the Leinster SHC to a six-team competition in 2019.

The air of sympathy suggesting Offaly or Dublin were too good to go down and that something should be done to avoid that outcome has been somewhat jarring. Are we really saying that the Joe McDonagh teams are that much below our level? That train of thought is a delusion we've wallowed in for twenty years.

Ger Loughnane has never been Offaly's biggest fan and of course he wasn't calling for our retention in Leinster at the weekend, but he nailed the issue on the Sunday Game. "That is Offaly's standard and it has proven to be Offaly's standard," he said, adding that the Joe McDonagh is "a blessing" for the county. It's had to imagine he'd be saying the same thing if there was a relegation in Munster and Clare found themselves in the guillotine, but his point is valid all the same.

That's where the inherent unfairness lies, the fact that Munster is sacrosanct, and that's the bone many pundits have picked with the new round robin systems. Nevertheless, Munster is better and no matter what the outcome, the bottom team there would pick Offaly apart if there was some sort of play-off.

That perceived unfairness, along with the fixture schedule imposing four games in four weeks on counties like Offaly, is the point that stuck with Kevin Martin. He bemoaned the fact that amateur players were forced into a system like that, pointing out that teams are showing signs of fatigue by the third and fourth weeks on the trot.

He's right, but more teams than Offaly have had to deal with it and it doesn't excuse all four of our Leinster defeats. Loughnane said self pity will get Offaly nowhere and he was right too. I'm not suggesting for a second that Kevin Martin is moping around the Faithful Fields or throwing the toys out of the pram, but the pity surrounding the team from pundits and supporters alike will do us no good.

Putting systems and scheduling aside, Offaly deserve to go down for one reason, the most important reason - a lack of performance on a consistent basis. We're not good enough to compete with the Kilkennys and Galways of this world; we're not even good enough to scrap with the likes of Wexford and Dublin for survival, as events of the last few weeks have shown.

Offaly's lack of quality and performance actually goes back much further than that, and the truth is, we have coasted along on reputation for the best part of two decades. A look at Offaly's Leinster results from the last ten years alone show a disparity that went unchecked by a lack of consequences until this year.

As the results show, barring the replay defeat to Galway in 2010, we haven't competed with the other teams from the 2018 Leinster Round Robin championship for a long time. We've taken some very heavy beatings, a trend that continued this year, despite the optimism brought about by the appointment of Kevin Martin.

The teams we have had closer tussles with are all currently plying their trade in the Joe McDonagh Cup. We haven't always beaten them, either, as the result against Laois in 2015 and near-miss with Westmeath last year clearly show. We could genuinely expect competitive games against the likes of Laois, Westmeath, Kerry, Antrim and Carlow in that competition - that's our level, no matter how hard we try to aspirationally hold onto the coat-tails of the Leinster elite.

They've shaken us off and the likes of the Joe McDonagh teams mentioned above deserve their crack at that level. Whether they're good enough remains to be seen but the merits of it will be seen in the years to come when the likes of a Westmeath pull off a shock, and they are just as likely to do that as we are.

Offaly aren't a million miles off the likes of Dublin, and we'll earn the right to play them again once we prove that we're better than the teams at our level, the same as any of the other Joe McDonagh counties. The system may not suit the egos and inflated expectations of Offaly hurling people, but it's a reality we have needed to face many years ago.

Relegation should not be the death nail to the optimism that's been around Offaly hurling since Kevin Martin's appointment. He has sown the seeds in players minds that they can compete and they can take that to the league and next year's Joe McDonagh Cup where they'll be involved in more competitive games than this term. Those eye-watering results are surely more demoralising for players than the relegation itself. Do we really want to subject ourselves to those scorelines year after year?

The psychology of momentum has been shown to close gulfs in class before, not least in this year's Leinster Football Championship with Carlow and Laois defying the odds to reach the semi-finals having come through Division 4 with a winning habit. Carlow especially overcame a team in Kildare that had lost every game despite being competitive in Division 1 this year.

There's a route for Offaly to come through the Joe McDonagh Cup in 2019 and reach an All-Ireland quarter-final, so the door is not closed completely on competing with the big guns. That prospect has to be more appealing than hoping for a single win in Leinster, only to be left in limbo with an early championship exit like Dublin this year.

There are still plenty of positives for Offaly hurling, but the whinging and self-pity around since last weekend is embarassing and misplaced. We are where we are because we're not good enough, not because any system conspired against us. What we do from here will determine the future of Offaly hurling - Joe McDonagh has served us the dose of reality we needed.

It's time to face up to it.