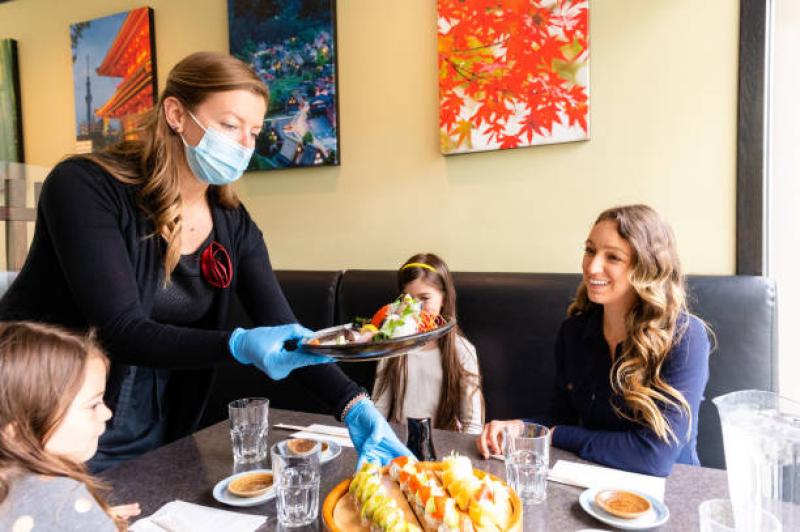 Those fully vaccinated can look forward to dining indoors shortly

MANY fully vaccinated people in Offaly have already received their digital Covid-Passport which will allow them access into pubs, restaurants and cinemas. They will also be able to travel to other EU countries for non essential journeys.

Restaurant owners in Tullamore are cautiously welcoming the move and feel it's a step in the right direction.

Aris Soysal of Captain House and Pizzeria Del Capitano on Main Street, said he is happy his restaurants will finally be able to open again after one and a half years of closures.

''It was a long time to be closed and it will be brilliant to get back to normal,'' said Aris.

He says he is sure he will get one or two people trying to get in without a certificate but believes he will cope. However, so far he has had no contact from any government department to tell him how the initiative will work day to day. ''You know as much as I do,'' said Aris.

Paul Bell at the Brewery Tap said, ''at this stage we will do anything to reopen. It will be difficult to manage especially if a group of four or five people show up and one doesn't have a certificate. It's not ideal and we will have to provide staff for security but it's a stepping stone, '' said Paul.

He does have some difficulty with the length of time people will be allowed to stay per visit which is just 105 minutes. He also says some of his staff remain unvaccinated. But generally Paul is happy to be reopening in the near future. Up to now he has been providing outdoor dining which he describes as having been '' phenomenally successful.''

At the Townhouse in Tullamore, staff member Enda Kelly says staff, ''will just get on with it. ''

Enda says he has no doubt that some people will chance their arm and try to gain access to the restaurant without being fully vaccinated and he is unsure how that will be handled as they don't want an argument at the door. Like other restaurants the Town House has been serving food outdoors and is very popular with patrons, but Enda says it is very much weather dependent. He says ''people don't want to sit outside if it's raining which is very understandable. ''

Deputy Nolan was speaking after Cabinet signed off on the ''controversial proposals.''

The Rural Independent Group, of which Deputy Nolan is a member, is instead to bring forward a private members motion in the Dáil today Wednesday July 14, calling on government to allow businesses to reopen without what it describes as the discriminatory vaccine system as a mandatory requirement:

“President Higgins, in his former life as a respected parliamentarian, was always to the forefront in calling out instances of major political injustices. To our minds this proposed system is just such an instance and it must be resisted if our motion is opposed and the legislation is pushed through on foot of the government's majority in the Dáil.

President Higgins has the capacity to refer the Bill to the Council of State for deliberation and indeed the Supreme Court to verify its constitutionality. I believe this is what he should do.

This is a profoundly new and dangerous departure in terms of Irish legislation.

Our private members motion calls on government not to abandon all restrictions, but merely to allow hospitality businesses across the State to responsibly carry on their trade and to allow attendance at sporting and religious events, subject only to non-discriminatory limitations as are necessary and proportionate in the interests of public safety.

By no stretch of the imagination can the system proposed by government be seen as non-discriminatory or proportionate. It is irredeemably discriminatory in the most negative sense.

It is also coercive and controlling.

In fact, it is not just bad law, it is a contorted and twisted version of what a good law should be.

For those reasons I believe it is vital that President Higgins does not rush to sign the legislation that will be brought before him.

The government has the option, if it can generate the political will, to take the road we are proposing and simply allow businesses, sporting events and religious places of worship to re-open without recourse to a complex, time-consuming and deeply unethical system of state surveillance of peoples private medical status,” concluded Deputy Nolan.