The new Audi A7 Sportback has arrived in Ireland 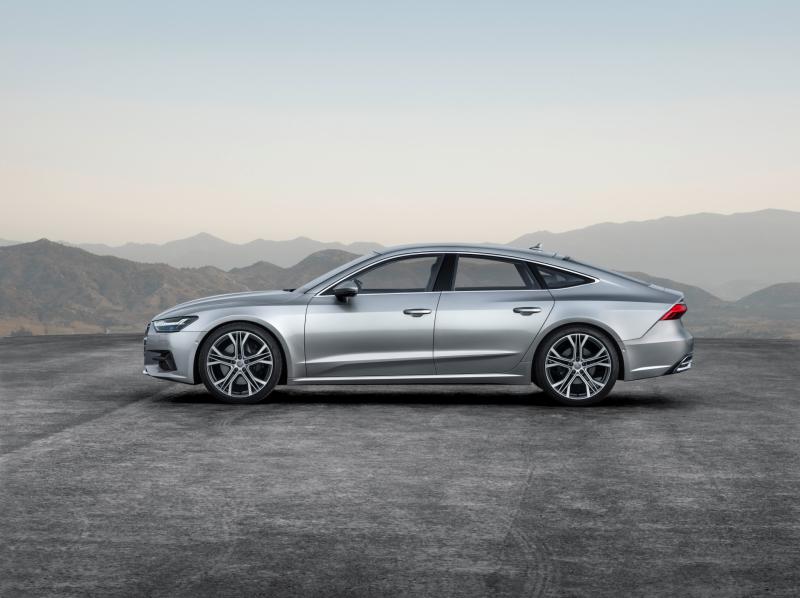 Audi Ireland has revealed the pricing of the all-new and eagerly anticipated Audi A7 Sportback. Prices start from €78,150 OTR and is available to order now. The new Audi A7 Sportback is a new style of Gran Turismo, offering systematic digitalisation, a contemporary new design and an optimal space concept for a truly unique driving experience.

Audi Ireland is expecting the new A7 to continue in the success of the previous model, which was the segment leader. The new model benefits from enhanced standard specification including Mild Hybrid Technology, 8-speed Tiptronic transmission, LED headlamps, Audi Lane Assist and the new haptic touch screen MMI operating system.

The Audi A7 Sportback is an athletic sculpture with a long engine hood, long wheelbase and short overhangs. Pronounced contours emphasize the wheels and reference Audi’s quattro DNA.

The wide, low Singleframe grille and prominent air inlets represent the dynamic character of the Gran Turismo at first glance. The Audi A7 Sportback is testament to Audi’s leading role in lighting technology and lighting design. Headlights are available in three versions - LED technology, HD Matrix LED and HD Matrix LED with Audi laser light. The two Matrix variants are divided horizontally to add to the Audi A7 Sportback’s slim and sporty design.

The contemporary interior design concept of the new Audi A7 Sportback is stylish yet minimal, incorporating sleek, horizontal lines to convey a feeling of airy spaciousness. The centre console is subtly inclined toward the driver to underscore the Gran Turismo’s sporty character. The driver cockpit and MMI display merge to form a homogeneous surface, through which most vehicle functions can be controlled via two black panel displays, which are integrated almost invisibly into the dashboard. The choice of colours, upholstery materials, inlays and interior lighting have all been designed to fit perfectly into the Audi A7 Sportback’s contemporary, lounge-like interior.

The new Audi A7 Sportback’s drive system is now even more efficient thanks to a new mild hybrid system (MHEV) which will be available with all 3.0 litre TDI engines. The MHEV system is based on a 48-volt primary electrical system and a belt alternator starter (BAS) generating up to 12 kilowatts of recuperation power. The Audi A7 Sportback can coast with the engine off over a wide speed range and then restart smoothly via the BAS. The start-stop function now activates at 22 km/h. the 3.0 TDI is paired with an eight-speed tiptronic gearbox. The 3.0 TDI produces 286 hp and 620 Nm of torque, and accelerates from 0 to 100 km in 5.7 seconds.

The new Audi A7 Sportback represents the next step in Audi’s digitalisation strategy, which began with the flagship Audi A8. The MMI touch response concept with acoustic-haptic feedback offers both a tangible and audible click to confirm activation of a function with a touch of the finger on the interactive display unit. The upper display is used to control the infotainment, while the lower display provides access to the climate control, comfort and convenience functions and text input. Thanks to the logical, flat menu structure, operation is intuitive - similar to that of a smartphone. This cutting –edge automotive technology uses both on board information as well as knowledge from the cloud to process all input. The driver can also control many of the Audi A7 Sportback’s functions on the steering wheel, as well as an optional head-up display projecting information onto the windscreen.