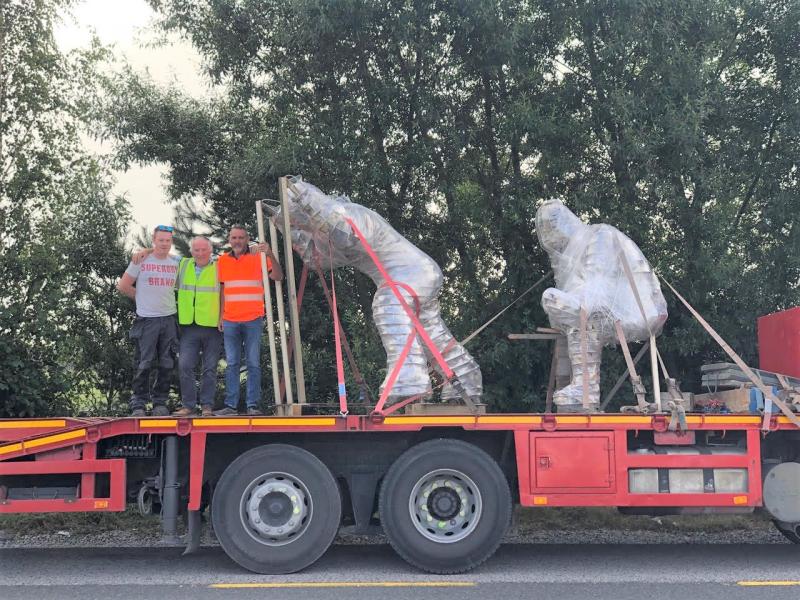 Tom Roche, flanked by Matthew O'Grady (left) and Seamus Kane, pictured on board the truck with the massive Finucane Memorial figures

A TRUCK has picked up two massive figures representing the founders of Concern and transported them from Rhode to Limerick in advance of next week's unveiling of the Finucane Memorial Bench.

The bench commemorates brothers Jack and Aengus Finucane, the brothers who set up the international aid agency more than 50 years ago.

An artistic representation of both men has been made from steel and stone by Rhode-based environmental campaigner and craftsman Tom Roche in collaboration with furniture maker Knut Klimmek.

Roche, a native of Chapel Street, Tullamore who once ran a woodturning workshop in the town where Klimmek was his apprentice, has been involved in sustainable awareness programmes for decades and as founder of Just Forests he was delighted to be commissioned to work on the memorial.

The late Aengus Finucane officially opened one of his exhibitions, the Wood of Life in St Mary's Youth Centre, Tullamore.
The 50th anniversary of the foundation of Concern by the Finucanes, both priests, fell in 2018 and a few years ago ideas for a permanent public tribute to the brothers were sought and Roche was delighted when the entry he jointly submitted with Klimmek was selected.

“I find it hard to put words on this and I have to pinch myself every now and again to realise I'm doing it. It's a privilege, that's the only thing I can say,” Roche told the Tullamore Tribune recently. “It's a lovely legacy to leave behind me in the public arena.”

It was back in the 1980s when his partner in the memorial project was his trainee at the Tullamore furniture workshop.

“Knut is a fabulous artist and between us, his artistic skills and my development education mentality, we were able to graphically convert the concept of the design brief into actual understandable shapes,” said Roche. “Then Knut, using his technology skills, converted all our thoughts and scribbles into a 3D graphic which we submitted to the Concern selection committee as our interpretation of Concern’s design brief.”

The Offaly man trained in welding so he could craft the steel frames which represent the two men, having first made timber mock-ups of the shapes. One of the brothers is depicted in deep thought while the other appears to be using all his force against a stone wall.

“They're only representative of a human, they're not a lookalikes, they're not meant to be,” he explained. “They're larger than life figures to reflect the two Finucanes' life. Aengus was the action man in Concern, that's why he's pushing the wall, and Jack was the thinker.”

Concern’s vision for this tribute to the Finucane brothers was that it should be a place where passers-by stop to rest, a place of quiet reflection, but also where one might be inspired to act for the poor of Africa.

While the representations of the Finucanes and the stone wall will be the most visually striking parts of the memorial (designers' impression reproduced below), it will also feature a wooden bench, shaped to mirror the bend of the river Shannon. 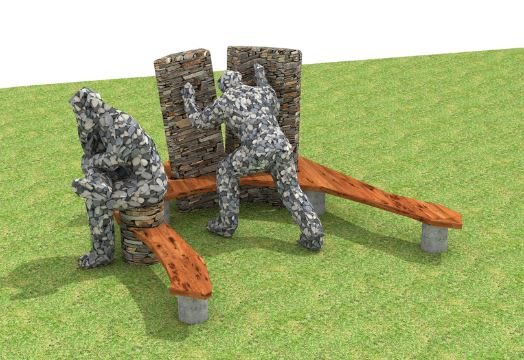 The figures made by Roche are 2.2m high and weigh about a tonne. Sponsor, Tullamore businessman Seamus Kane, owner of Palfinger, assisted with the arrangements for moving them and they were lifted onto a truck (see picture below) by O'Grady Crane Hire & Transport, Clonbullogue. 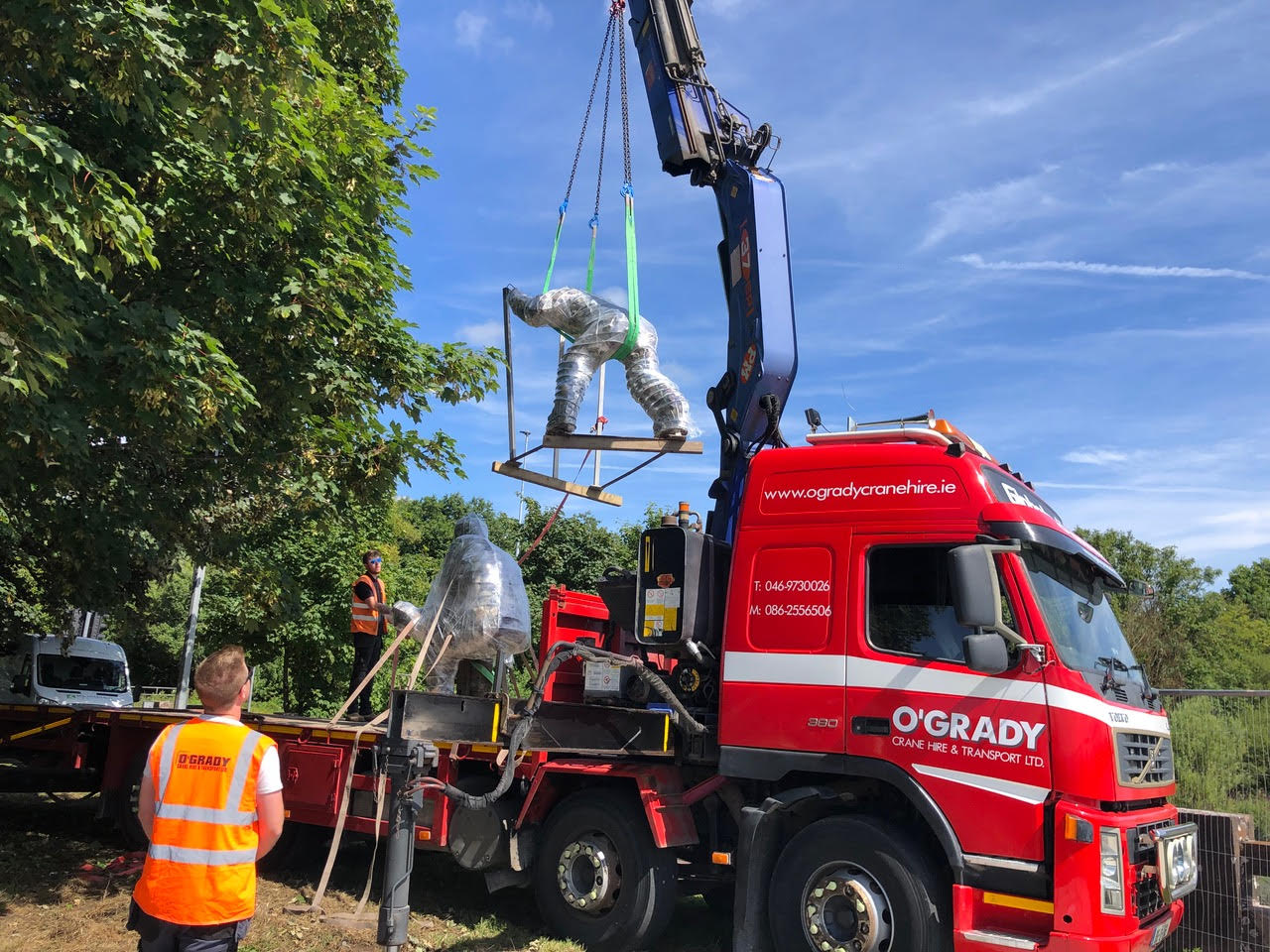 The memorial will be located on Barrington's Pier in Limerick city and it is sponsored by Limerick City Council and others, including a Concern supporter who wishes to remain anonymous.

Today (Thursday, August 18), the bench will be officially unveiled by Mayor of Limerick Cllr Francis Foley.

Aengus and Jack Finucane were Holy Ghost missionaries based in west Africa in 1968 when Concern shipped powdered food, medicines, and batteries to aid victims of the war in Biafra. In 1970 Concern organised help when a cyclone hit Bangladesh (then known as East Pakistan) and it grew to become a global organisation.

The Finucane brothers dedicated their lives to the work of Concern and were honoured as Freemen of Limerick City in 2005.
Fr Aengus Finucane died in 2009 at the age of 77 and Fr Jack Finucane was 80 when he passed away in 2017.