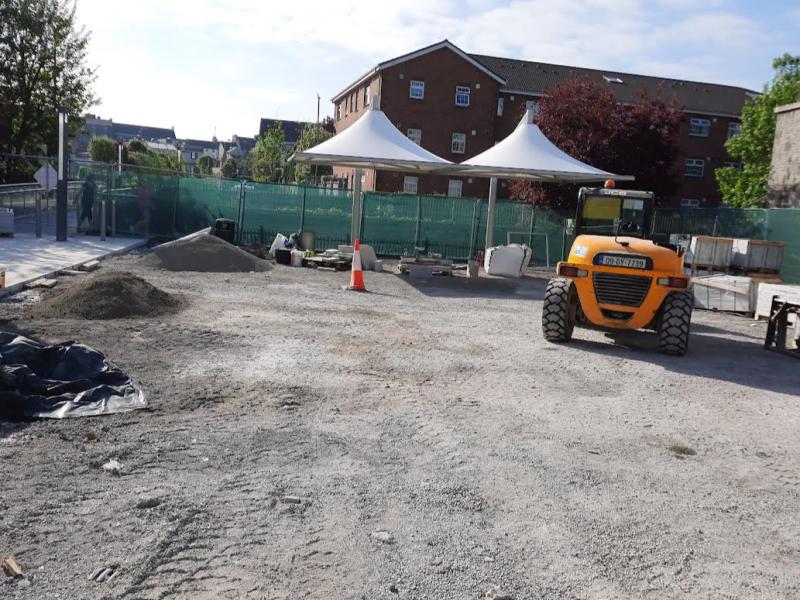 WORK is ongoing at Millennium Square on Main Street, Tullamore, and is expected to be completed shortly, a meeting of Tullamore Municipal District heard.

Councillor Neil Feighery said it was ''fantastic to see the outdoor canopies,'' adding that it was a ''really clever design and it will be a really nice space that will hopefully get a lot more use.''

Local company Tower Civil Engineering are carrying out the work which includes hard and soft landscaping, the removal of existing pavement and the installation of new imported Portuguese granite pavement and kerbs.

Cathaoirleach of Tullamore Municipal District, Cllr Tony McCormack complimented Senior Executive Engineer, John Connelly and his team. He said ''I have had many people compliment the town, tourists from different parts of the country. Work is also being carried on the arts centre and it will be ready in September,'' said Cllr McCormack. He also mentioned a number of other projects underway.

''It will be fantastic for the town, it will bring a higher footfall. With the work that us as a council are doing, Tullamore will look fantastic and will have fantastic offering whether for tourists or for people from the area,'' he said.