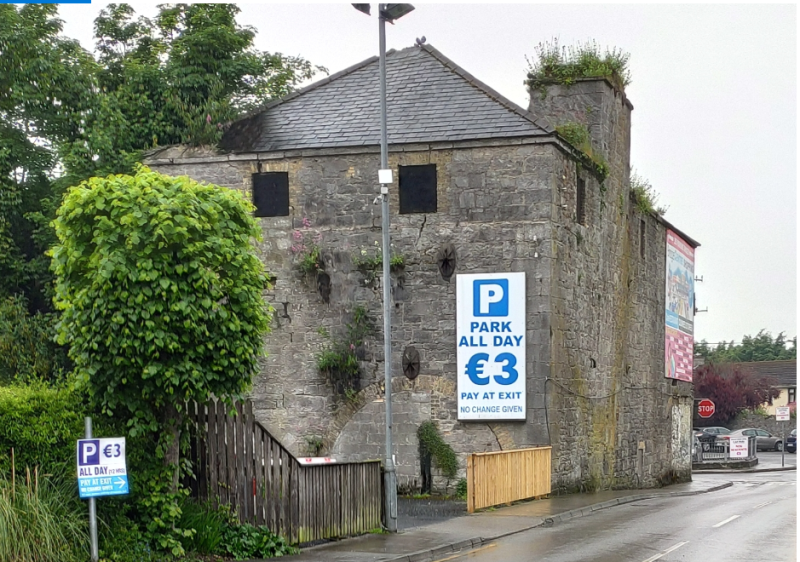 OFFALY county council is seeking a new design in relation to a planning application to turn a former grain mill distillery in Tullamore into a number of apartments and retail outlets.

Among the changes the local authority requires, are less apartments, the protection of part of the building behind glazing and bicycle storage.

The development proposed by Ravine Ltd includes the restoration and redevelopment of the listed building which is located on Waterlane and Main Street in Tullamore.

The plan is to convert the structure into 4 retail units on the ground floor and 18 apartments over the second and third floors.

The planning authority has expressed concerns regarding the extent of the intervention proposed along the southern part of the building. They say in this regard a revised proposal retaining the existing fabric for the southern wall behind glazing would be deemed more in keeping with the protected structure on site. The applicant is invited to submit amended details in this regard.

The planning authority also noted that the ground floor proposals indicate the reuse of some of the internal fittings. The relocation of such fittings must be informed by a report from an industrial archaeologist, the council maintains.

It is also observed that two of the proposed apartments have living areas with a single small window facing north and two bedrooms facing a void/communal area. It is considered that both of these apartments will not have sufficient daylight. The applicant is requested to come up with revised details rearranging the floor plans in order to address this issue and the planning department suggests omitting units 4, 10 and 16 and opening the proposed courtyard to the south.

''An opening to the south could bring daylight to the heart of the building and could create an attractive and accessible space for residents,'' the local authority believes.

Among other issues Offaly county council wish to see a letter of consent from the owner of land on which it's proposed to lay a paved link to the Bridge Centre.

It also wants the plan to include secure storage for bicycles. In addition it requires clarity on whether there will be public pedestrian access along the Tullamore river.

Silver for Offaly swimmer at Paralympics