Councillor labels Just Transition is a 'raw deal' for Offaly 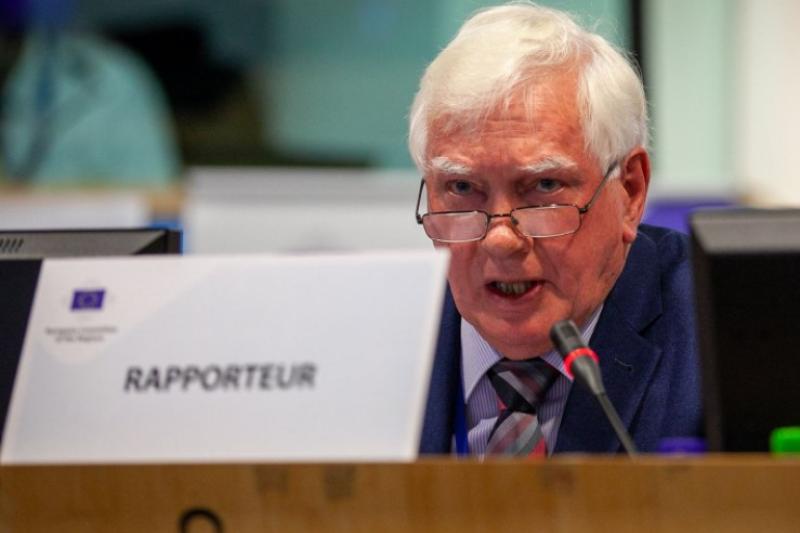 A local councillor has said the Just Transition programme is, in effect, a “raw deal” for Offaly.

Cllr Eamon Dooley made his comments during the July monthly meeting of Offaly County Council.

Cllr Dooley has been a long-term and outspoken critic of Bord na Móna's decarbonisation programme and the Just Transition (JT) programme being implemented by the government using EU funding.

During the meeting, the councillors were told they needed to nominate a new Chairperson of the Midlands Regional Transition Team (MRTT). The MRTT is the response of the midlands counties to the Just Transition process with the aim of getting the best deal out of the process that is possible. The MRTT holds four meetings a year and is engaged in a considerable amount of behind the scenes work.

Plans for over 200 houses in Tullamore put on hold

The councillors unanimously voted to put Cllr Dooley in the Chair.

“No one has greater knowledge of Bord na Móna and this whole issue than Eamon,” commented Cllr John Carroll.

Cllr Leahy agreed. “Eamon has a lot of knowledge and sometimes we'd be lost without that knowledge.”

Cllr Dooley thanked the councillors for their kind remarks. He said he will do his best in the Chair and will operate independently of political affiliation and for the greater good of the people of Offaly. He urged everyone in the Council to work together as a team, to all pull together in this matter, for the greater good.

“At the moment,” he remarked, “there's not much to be glad about regarding Just Transition. For a long time I think Offaly has been getting a raw deal in the process, and nothing has happened to change my mind on that.”

Chief Executive of Offaly County Council Anna Marie Delaney said the next meeting of MRTT will be in September. She said that on July 7 Kieran Mulvey, the Just Transition Commissioner, published his Just Transition progress report.

Stephane Duclot, Director of Services, said it's not all doom and gloom and there has been some significant progress in recent weeks.

“More projects in the midlands have got underway in recent weeks because of the Just Transition programme,” he remarked.

“Therefore, to date, 35 Strand 1 and Strand 2 projects have entered into the contractual stage. These 35 projects represent an investment of €10 million, and the 35 projects fall into six different categories, including the category of Community Development.”

Cllr Peter Ormond said it's all about creating jobs and, unfortunately, the total number of jobs created under JT has been small.

“Our primary concern is for the communities of West and North Offaly. Our desire is to create plenty of jobs and vibrant, strong communities.”