Legendary Offaly jockey Pat Smullen is honoured at the Curragh 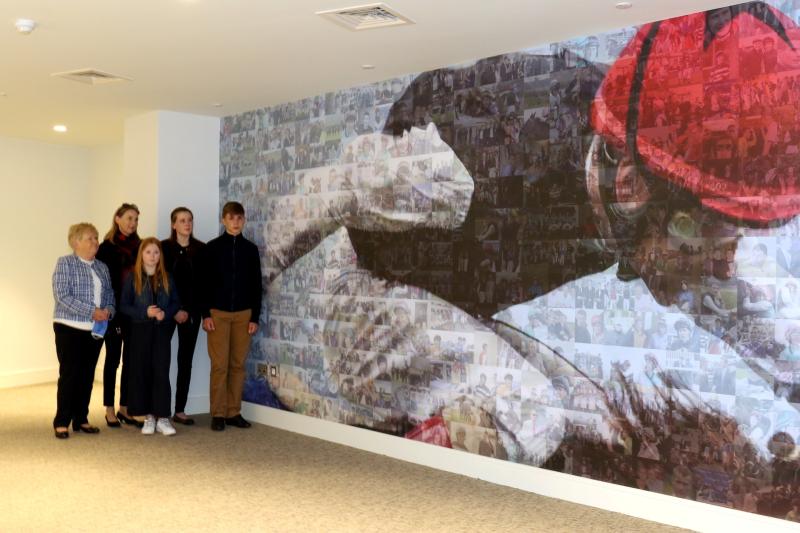 THE late Offaly jockey Pat Smullen was honoured over the weekend at the Curragh racecourse when a special room was opened in his honour.

Legend Pat Smullen was a Champion Jockey on no fewer than nine occasions and rode almost 2,000 winners worldwide.

He was stable jockey to Dermot Weld for 20 years and the Curragh was his second home. Even after all his success at the Curragh as a jockey, it was out of the saddle that he had perhaps his finest day when he was the driving force behind the Pat Smullen Champions Race For Cancer Trials Ireland on Longines Irish Champions Weekend 2019, which raised €2.5 million for Cancer Trials Ireland for their work into pancreatic cancer trials and research.

The Pat Smullen Jockeys Room mosaic mural tribute was designed by Pat’s wife Frances and her artist sister Monika Crowley who worked with Richie Buttle from ProPhoto in Co Wexford to develop the artwork. The mosaic mural is made up of over 400 photos of Pat which were donated from many of Pat’s friends and colleagues. The unveiling coincides with Pat’s birthday.

There will be a formal opening of the jockeys room when the Curragh welcome back racegoers.

Padraig McManus, Chairman of the Curragh Racecourse, said: ''It is very important that there should be a lasting memory of Pat in the Curragh so that we and future generations can be reminded of his wonderful achievements.”

Is this the job for you? Ireland's largest local media group is hiring now!