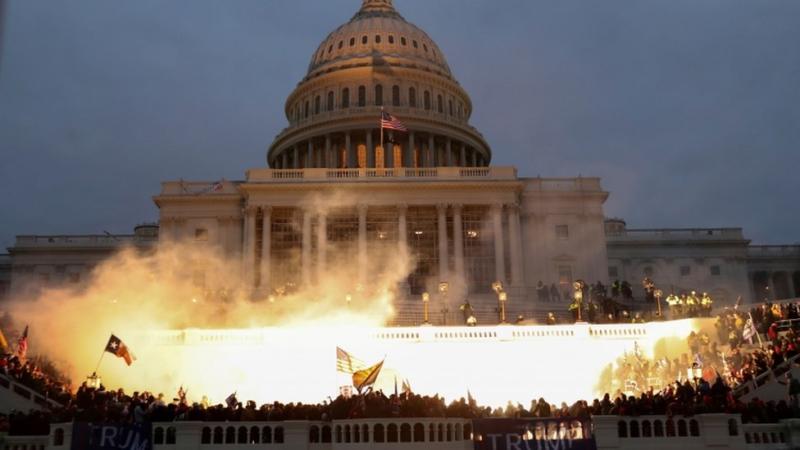 I know from my innumerable chats in pubs and swimming pool saunas over many years that conspiracy theories have been firmly entrenched in our society for a long time and a lot of people believe them.

Most of the people who believe them are not craze-eyed loons but ordinary, normal individuals whose distrust of those in power has been pushed out to sometimes ridiculous notions.

One of the most popular of conspiracy theories is the one about the US never reaching the moon, but creating fake moon landings in a NASA hangar.

Another one that was pretty popular just after 9/11 was the terrorist attacks were in fact orchestrated by the US government.

During the Pandemic we are hearing quite a bit about the “Great Reset”. According to this, a group of world leaders orchestrated the Pandemic in order to take control of the global economy. As we feel our anger and resentment rising as we endure another bleak Lockdown in Ireland, it can be tempting to give the Great Reset some credence.

The theory has its origins in a genuine plan called “The Great Reset” which was created by the WEF (the World Economic Forum), who represent leading figures in politics and business. The WEF were genuinely trying to chart the possible journeys through countries' economic recoveries following the cessation of Covid-19's terrible grip on the world.

In November Canadian Prime Minister Justin Trudeau, during a UN meeting, innocently said the Pandemic provided an opportunity for a “reset”, and his words were seized upon by some who claimed the current crisis was going to be used by the world's leaders to introduce environmental policies which would be damaging.

“I think we're in a time of anxiety,” he said, “where people are looking for reasons for the things that are happening to them. We're seeing a lot of people fall prey to disinformation.”

The crisis is creating a lot of anger and resentment. Little wonder. There is much to be justiably angry about. For example, because of our obsession with Covid a lot of other things are getting swept under the carpet or are being neglected.

As one guy commented on Facebook, “Covid is a true killer. So far it's killed the flu, cancer, heart disease – it killed the ability to think, logic and common sense. It killed the economy, the working class and millions of jobs. It killed millions of businesses, human connection, love and compassion.”

It's a good point. The news is so dominated by Covid that other terrible diseases are seemingly not getting the attention they deserve. We have sacrificed so much, such as essential human contact like hugging, such as dreaming about good things to come like holidays.

There's a very real concern that many SMEs won't be able to recover from the Lockdowns. People's lives have been uprooted and thrown into disarray, with the resulting anger perhaps leading them into the strange world of conspiracy theories. Good leaders would calm these instincts. Unfortunately, we had Donald Trump who stoked the fires rather than dampen them down. Some of Trump's followers believe that only he can tackle this Great Reset plot.

In November a French documentary called “Hold-Up” went viral on YouTube. It peddled such ludicrous theories as wearing masks is dangerous and global elites fabricated the pandemic.

Another bizarre theory doing the rounds is that there is aborted fetal tissue fragments contained in AstraZeneca's Covid-19 vaccine and taking the jab will alter your DNA. Of course both theories are completely untrue.

People believe the Great Reset will usher in a New World Order (NWO). Apparently a clandestine elite is operating behind the scenes to bring about an authoritarian world government which will replace sovereign nation-states. This New World Order will engage in mind control, population control and surveillance abuse. People believe in things like the NWO because they are strongly individualistic and they lack power and influence. They resent being told what to do by governments or large, inhuman systems. T

hey feel a sense of powerlessness because major lifestyle changes are being foisted upon them and they can do nothing about it. They have a sense of anxiety about an apparent loss of autonomy to outside forces or regulators.

As one writer points out, “When fervent individualists feel that they cannot exercise their independence, they experience a crisis and assume that larger forces are to blame for usurping this freedom.”

Individualism is often a healthy thing, a noble instinct, but in conspiracy theorists it's perverted into something stupid and ugly; therefore they believe the NWO will be controlled by the United Nations and a global central bank; they believe speech will be regulated and restricted through the concentration of media ownership, mass surveillance, and a pervasive propaganda machine which creates a cult of personality around a puppet world leader.

Critics of the NWO set of theories say those who believe in it have made the mistake of succumbing to the “furtive fallacy” way of looking at history and current affairs, which means placing too much emphasis on negative and sinister interpretations of events. Critics also point out that claims about power elites plotting to rule the world have been with us for many decades and they have always been proved wrong. Another problem with conspiracy theorists is they became overly cynical, fall prey to labyrinthine thought processes and lose the sense of hope which is so vital to the efficient functioning of a healthy mind. They can also fall under the spell of xenophobic and scapegoating demagogues.

While we are right in dismissing most if not all of these theories, we shouldn't let our dismissal deflect us away from the real issues which are out there. For example many of the world's tech companies and CEOs have done well from the crisis.

Indeed, in the same week that many Americans lost their jobs, Jeff Bezos, the founder of Amazon, added 13 billion dollars to his fortune in just a day.

It's evident that members of the 1% elite have indeed profited from the pandemic.