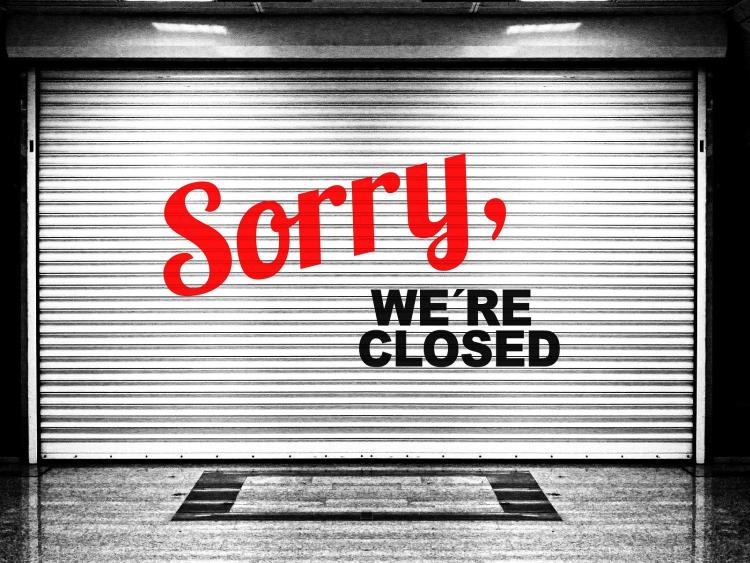 A restaurant in the Midlands that was issued with a closure order posed a "grave, immediate and serious risk" to the public with rodent droppings found near where food was prepared.

"Fresh rodent droppings" were found in the washing up area and under shelves storing vegetables in the restaurant in Laois, "indicating the presence of rodents on the premises", the HSE's food hygiene inspector reported.

"Two additional mousetraps were found laid in the same area. Rodents carry food poisoning bacteria and can contaminate food and surfaces. The presence of rodent droppings in areas where open packages of food are stored and in an area where food is prepared is likely to lead to grave and immediate danger to public health".

The inspection also found "failure to maintain the kitchen and associated food rooms in a clean and hygienic manner. Food contact surfaces, floor, walls, ceilings, food equipment were visibly filthy throughout. There were significant accumulations of engrained dirt, food debris, grease and dust noted through the entire premises. the serious lack of cleanings noted on inspection noted on inspection throughout the premises represents a grave, immediate and serious risk to public health".

The restaurant failed two regulations, one on hygiene, the other on pest control.

The Indian Prince restaurant in Kilminchy Court Portlaoise was issued with a closure order by the HSE on July 24.

The order was issued under Food Safety Authority of Ireland Act 1998 was served on the Indian Prince restaurant and Café, at Unit 16, Kilminchy Court, Portlaoise Laois.  The owner was listed as Binoy Sebastian.

The order was lifted four days later on Tuesday, July 28, but details remain on the Food Safety Authority of Ireland's website for three months.

It was one of five Closure Orders served during July in Ireland under the FSAI Act, 1998. The other four were in Dublin, including an ice cream parlour in Dun Laoghaire.

Two Prohibition Orders were served under the FSAI Act, 1998 on:

Some of the reasons for these Enforcement Orders in July include: Evidence of recent rat activity; rat droppings beside open food products; a meat cutting and packaging area beside ready-to-eat food; meat considered unfit for human consumption, due to putrefaction, being stored at an unregistered premises; filthy food contact surfaces; inadequate pest control procedures; no access to hot water for staff to practice good hand hygiene; a mat in a staff bathroom covered in snail and slug residue; and no HACCP-based food safety management procedures or associated monitoring records available for inspection.

According to Dr Pamela Byrne, Chief Executive, FSAI, while recent inspections in July have identified a number of breaches of food legislation related to food safety and hygiene practices, they have also identified some food businesses operating outside of the law that were not registered or approved and therefore, were selling food with no regulatory oversight for food safety and consumer protection.

“A number of serious incidents have been identified where authorised officers found people operating out of food premises or vehicles where no adherence to basic food safety and hygiene practices where in place. A food business was found transporting unrefrigerated meat and meat products in the boot and back seat of a car. On another occasion, a wholesale business was operating in filthy conditions with unfit and out of date food, whilst another establishment had a significant level of unlabelled and untraceable food on its premises.

"In all these cases, authorised officers used enforcement powers to mitigate the risk to consumers from these business operations. However, we would be concerned that this could be reflective of a growing level of unscrupulous operators seeking to make a profit, at the expense of public health.

"We would urge consumers to question anyone offering them food for sale that seems unusual or that has no food labels on the packaging. We would also ask food businesses not to purchase food from unregistered/unapproved suppliers. Larger food businesses should ensure, when selling commercial quantities of food, that the buyer is a registered or approved food business operator. They can do this by checking with the relevant inspecting authority. In the absence of official inspections, it is not possible to verify compliance with food law and there is an increased risk that unsafe food may be placed on the market.

"We have a complaints service on our website at fsai.ie/makeitbetter, where people can report any suspicions to us and we will follow up all reports,” Dr Byrne says.

“Anyone who is selling food must register with or have their business approved by a competent authority and abide by food law. This is to protect consumers’ health in relation to food as each registered/approved business then comes within the food safety inspection process. Consumers have a right to safe food and bogus operators seeking to make a quick profit at the risk of potentially making consumers sick or selling non-compliant or fraudulent foodstuffs will be pursued through the legal powers,” she concludes.

Details of the food businesses served with Enforcement Orders are published on the FSAI’s website. Closure Orders and Improvement Orders will remain listed on the website for a period of three months from the date of when a premises is adjudged to have corrected its food safety issue, with Prohibition Orders being listed for a period of one month.