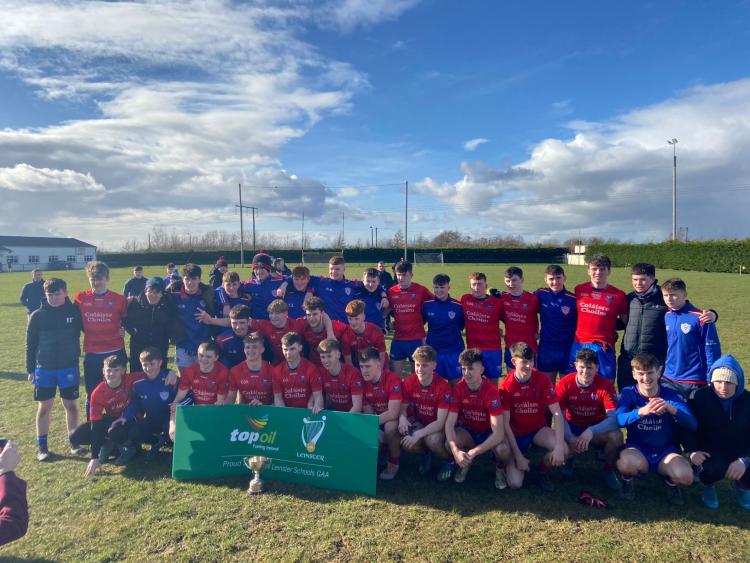 Played in the Heath GAA in County Laois, it was an absorbing contest and they didn't get it all their own way but their work rate and commitment to the cause along with that bit of extra class saw them over the line.

Colaiste Choilm got a great start with Luke Egan finding the net early on as they looked to use the elements to their advantage.

The Tullamore men kept their noses in front but they were up against strong opposition and they Athy men were staying well in the game despite playing against the wind.

Niall Stack's charges led 1-5 to 0-6 at the break and while they scuppered an early second half goal chance, star man Jack Bryant found the net for their second goal to make it 2-6 to 0-6.

Colaiste Choilm were working hard and they began to pull away. They led by six points with 10 minutes to go before Bryant sealed the deal with his second goal to make it 3-8 to 0-8.

Athy did add a goal late on but that was merely a consolation as Colaiste Choilm advanced to the rest of Leinster final with the winners of that moving on to the full Leinster final against the Dublin champions.