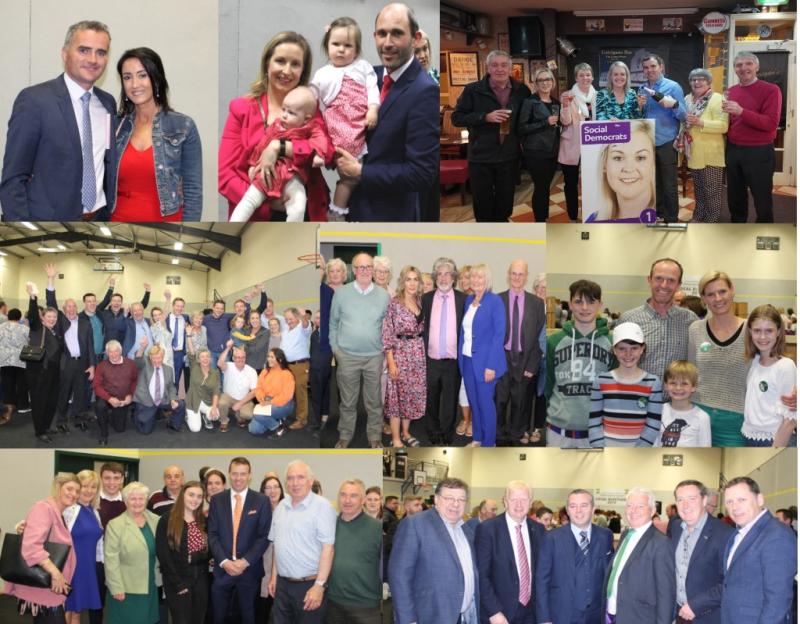 The votes have been counted, champagne popped, tears dried and all that remains is to take down the election posters and store them for another five years. This is all you need to know about the Local Elections in Offaly.

- BIGGEST WINNERS: In terms of votes across the board it was Fianna Fail but they failed to convert that into more seats which means the biggest winners were Pippa Hackett (Greens), Clare Claffey (Social Democrats) and Ken Smollen (Irish Democratic Party) who all made the breakthrough to earn seats on the council

- BIGGEST LOSERS: No contest here. The Sinn Fein vote utterly collapsed in Offaly with the party going from three to zero councillors picking up less than 5% of the vote.

- BEST VOTE MANAGEMENT: Fine Gael in Edenderry deserve a pat on the back for their strategy. They ran two candidates who got just over 20% of the vote but both were elected.

- WORST VOTE MANAGEMENT: In contrast to their rivals in Fine Gael, Fianna Fail in Edenderry only returned two councillors despite getting almost 40% of the vote. If they had run three, they could easily have gotten all three elected.

- TOTAL COUNTS: It took 25 counts across the three areas to get the 19 councillors elected. This was done with superb efficiency by the counting team. Birr needed ten counts, Tullamore eight and Edenderry seven.

- TRANSFER WINNERS: It is estimated that it is only in less than one in ten counts that candidates make comebacks based on transfers. This happened twice this weekend in Offaly. Pippa Hackett was in seventh after the first count in Edenderry but finished sixth. Even more impressive was Clare Claffey's recovery in Birr. She was eighth after the first count but managed to pull back a 220 vote deficit on Hughie Egan eventually finishing with an advantage of 144 votes over the Fine Gael candidate.

- UNLUCKY LOSERS: For every winner, there are also unlucky ones to miss out. In this case those who missed out on the last count were Fergus McDonnell (IND) in Edenderry, Deirdre Fox (FG) in Tullamore and Hughie Egan (FG) in Birr

And if that is not enough information for you, CLICK HERE to look back through our live blog to relive every moment of the count in Offaly