Kelly salutes culture in Offaly underage system ahead of U20 final 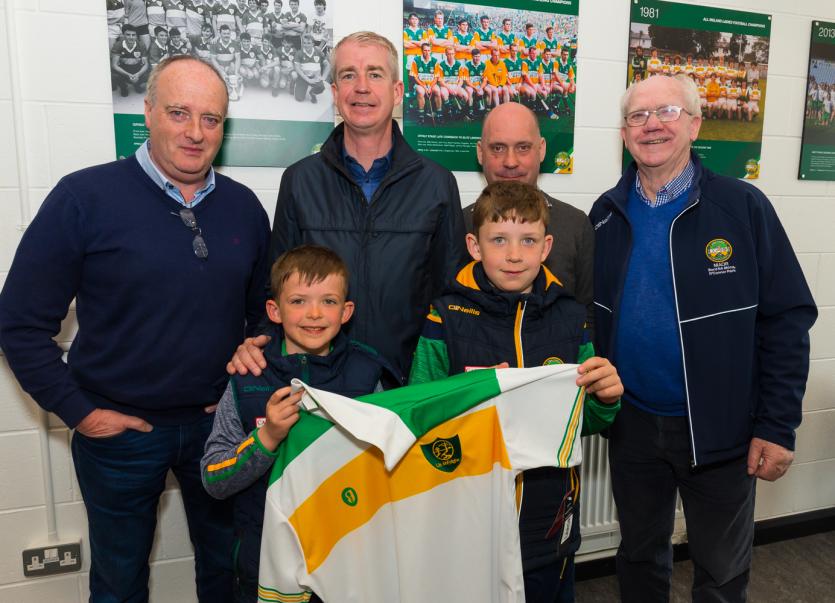 WITH Offaly underage football and hurling teams once again getting competitive in their province, there is renewed optimism about the future of the GAA in the county.

It was a big week for Offaly U-20 sides last week. The hurlers had a fine win over Kildare, who had shocked Wexford in the first round while the footballers had a great two point win over Westmeath to qualify for the Leinster final against Dublin.

Both sides showed great character to win and the ability to win those type of games represents a significant change for Offaly sides. The 2020 minors reached Leinster finals and asked about the change for Offaly teams, U-20 football manager Declan Kelly said last week:

“It is as a result of what has been happening there over the last probably four to five years really.

“It goes back to the last number of years. Liam O'Reilly and his team with coaching and games and the way they have been operating with development squads. You have a lot of lads coming through the system now and they know what is required. That is a big thing. You don't need to do a lot with fellows when they know themselves what they need to do. That is across the board. A lot is going back to development squads and coaching and games.”

He was speaking after Offaly had dug deep to defeat Westmeath in the Leinster U-20 Football Championship semi-final in Mullingar last Thursday evening.

Offaly won a fiercely contested derby game by 1-11 to 1-9 to book their place in the Leinster final against Dublin next Thursday evening – it will take place in Portlaoise.

While only two points separated the sides, Offaly were the better team on the day and could have won by a bit more. It was a similar story to their first round win over Wexford when they had to withstand a late rally but the Offaly manager was a happy man as he reflected on a very important win a short while after the final whistle.

“In fairness, we probably missed a bit early on in the game. The goal Cormac (Egan) got midway through the first half was important, we probably were three or four points better at that stage of the game. We did miss a bit. Westmeath were always going to come back, we said at half time that they would get their purple patch and possibly could go ahead which they did. The lads dug deep in the

The Kilclonfert man admitted that he was concerned when Westmeath got ahead, 1-8 to 1-7, ten minutes into the second half.

“You would be worried. The lads did dig it out. In the last ten minutes, we probably made a bit hard work of it. We missed a few chances. We probably should have got four up. The three point lead was tight and a goal would have done it for them. In fairness to Westmeath, they had been getting late goals to come back into it.”

Offaly had made one latge change from the Wexford game, drafting in Tullamore flier Cormac Egan into the attack in place of Cormac Delaney. Egan was a member of the 2020 minor team who lost the Leinster final to Meath a few weeks ago and he had been told earlier in the week that he would be starting. He justified his selection with a goal and a point along with moments of brilliance.

Another of last year's minors John Furlong was outstanding again at centre back while Bracknagh's Tom Hyland and Tullamore's Harry Plunkett came on as subs. Kelly was delighted with the way the young 2020 minors have stepped up to the plate.

“The lads that have come in from the minor squad have given it an injection and they are not out of their depth there. They are not afraid. The call to make today was to start them. Cormac Delaney was unlucky but today and all week, his attitude has been excellent. He made a big difference when he came on.”

Offaly suffered an early blow when inform midfielder Morgan Tynan looked to be replaced after ten minutes. The Ballinagar man had sustained a ferocious late hit in the win over Wexford when he was clearly dazed and unsteady on his feet. It seemed his departure was a follow on from that as he didn't pick up any noticeable injury on the day but complained of feeling dizzy – he looked bitterly disappointed as he went over to join the Offaly subs in the stand. Tynan had started well, despite missing a very scoreable free and the Offaly manager was unsure exactly what happened but pledged that he will be fully assessed in the coming days.

“He got a kick out, caught a ball and seemed to get a bang when he came down with that. Obviously we will have to look at him again now. The medical team will look at him over the next few days to see where it goes.

“Cathal Donoghue went to midfield and he did well. They all upped it. We had to freshen it up as we went along because of the evening that was in it. Any of the lads that came in made a difference.”

He spoke about the way players came into the game. When it was suggested that full back Kieran Dolan was an example of this, having a super second half after struggling on excellent Westmeath full forward Ben McGauran in the first half, Kelly agreed:

“He did very well in the second half. There was one ball that came in and he caught it on the edge of the square. It was that type of game, you are up against a good lad and you will win some and lose some as regards the battle. Overall, the lads won their own little battles over the course of the game.”

It was an improved display from the Wexford game?

“You would like to think it was. Westmeath had two wins under their belt. With it being a straight knockout, your first game is always key to get a footing and find out where you are. It probably was slightly better than last week.”

He knows Dublin will provide a different challenge in the final.

“Dublin are a different kettle of fish. At underage in Leinster, they have been the team to beat, definitely at U-20 level. We will prepare for it and go at it.”

The final will be Offaly's third game in three weeks and while Kelly has mixed opinions on so many games so close together, he has acccepted it fully.

“It is good from our end of things, you can plan fairly quick but the only downside is from a player's perspective, if they get a knock or injury it could rule them out. That is the other side of it but since it went U-20, it has been pretty much week on week. This is our fourth year with it and once you got a game you were out a week later. Is it ideal for player development? There might be a question mark over that but this year with Covid, they are just trying to get games played off.”