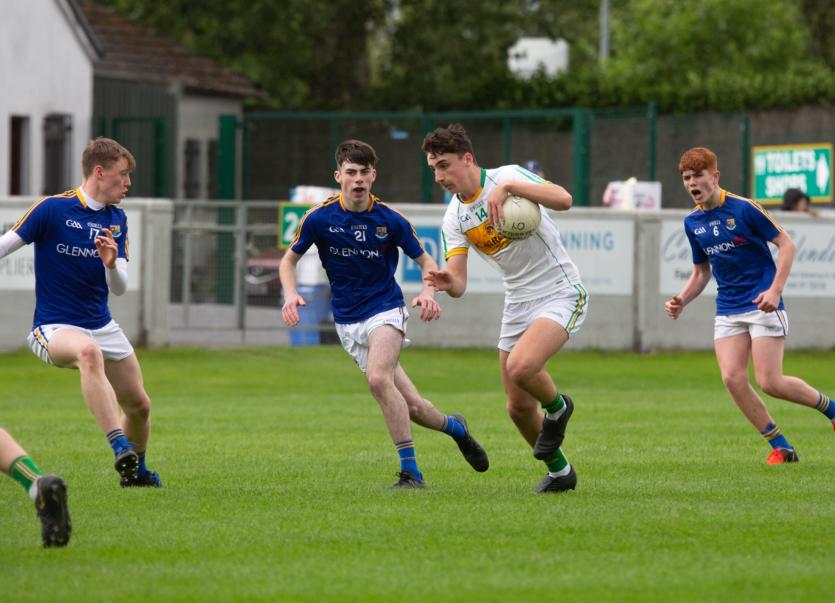 Morgan Tynan, hoping to be fit for Thursday evening.

OFFALY will play their third Leinster final in a few weeks when they travel to Portlaoise on Thursday evening to take on a fancied Dublin side in the 2021 U-20 decider.

Declan Kelly's team have shown very encouraging form to reach this stage. They had to work hard to beat Wexford and Westmeath in their two games and will approach the final in a very hopeful frame of mind.

Offaly will be underdogs and the initial priority for them is to be competitive. To mix it with Dublin from the start and to be in with a shout inside the closing quarter. If they can manage that, then the possibility of a win will loom into view but if Offaly are well behind, that won't happen.

It is hard to know at the moment but this team looks to have a decent chance. They are a very honest and hard working team and they are more or less playing to their potential. There is always room for improvement and Offaly will have to step it up to surprise the Dubs but there is general satisfaction at the way they have performed so far.

Offaly had to show character to win their two games. They beat Wexford by 1-10 to 1-9 in their first game but that was a very important win. It was in Wexford Park, a venue where Offaly teams have often struggled, while the home side also had the benefit of a game under their wings. It was a more comprehensive win than the final scoreline suggests. Offaly were 1-10 to 0-7 ahead ten minutes from the end and that was a fair reflection of the game the game had gone. Wexford came back at them late on and Offaly held on but it was still a very deserved win.

The semi-final against Westmeath was a similarily tight battle but again Offaly were full value for their win. They had to dig deep and show character. Westrmeath were a point ahead, 1-8 to 1-7 with twenty minutes left but didn't score again and Offaly possibly should have won more comfortably. They looked the better team most of the afternoon and it was a very composed, efficient display.

The hallmarks of the Offaly team are a ferocious work ethic, complete honesty and discipline. While some players will go on and have long senior county careers, they don't have any star players as such and are just a collectively good team.

Dublin will provide their toughest challenge of the year. The capital side have a very good side but they are far from invincible. Their form suggests that Offaly have a very realistic chance. Dublin beat Wicklow by 1-12 to 1-8 in the first round – Wicklow had a good side but Offaly had their measure in pre-championship challenge matches.

Dublin showed good form in their 4-7 to 0-13 win over Meath in the semi-final. That was a big win for them as Meath had won the 2020 Leinster minor football title a couple of weeks earlier and have a lot of talent coming on. At the same time, it was far from perfect as their four goals told the difference and Meath got thirteen scores compared to eleven.

Keeping out goals will be absolutely crucial for Offaly. They have scored just two goals in their two games and will find it very difficult to win if Dublin get in for more than one goal. Offaly have defended well, however, and they will be very aware of the threat the Dublin forwards pose.

Offaly have a lot of quality throughout their team. There is concern about the fitness of midfielder Morgan Tynan. He was outstanding in Wexford before going off injured late on after a ferocious hit to the head area. He lasted just ten minutes in Westmeath before feeling dazed and looking to come off. Offaly will be getting him to undertake all the medical protocols this week and they won't start him unless he is given a definitive all clear – despite missing an early free, Tynan had actually started well in Mullingar and Offaly won't be risking an influential player having to come off so early again, if he is not right. He was given a thorough physical test at the weekend and this went well so there is hope that he will be okay to start.

Offaly could do with Tynan starting as midfield suits him and him and Clara's Ed Cullen had developed into a very good midfield partnership. Cullen has really progressed over the two games and he was very good in the second half last week. If Tynan doesn't start, it is likely that Cathal Donoghue will line out at midfield with Cormac Delaney coming into the attack.

Apart from the doubt over Tynan, the Offaly management won't be considering many changes. They had bit the bullet for the Westmeath game by starting Tullamore flier Cormac Egan in place of Cormac Delaney. Egan had an excellent game and with his game clearly evolving from minor ranks, he has don more than enough to keep his place in the attack.

Kieran Dolan will captain the team from full back. The Shamrocks man has recovered well from a bad shoulder injury that he sustained in a 2020 car crash and he has great potential. Another player with real potential, John Furlong will lead the defence from centre half back. The ability of wing backs, Rory Egan and Aaron Brazil and corner back Lee Pearson to get up the field is an important part of the Offaly game plan.

Jack Bryant in the key figure in attack and he makes up an exciting full forward line along with Cormac Egan and Aaron Kellaghan.

It is an exciting time for Offaly GAA. They reached the 2020 Leinster minor hurling and football finals. The hurlers lost heavily to Kilkenny while the footballers were very close to Meath. It is great to see Offaly teams getting competitive at these levels but the next challenge is to get over the line in a final.

That is what this team is aiming for and they have a chance. Offaly, however, will also be concscious of the fact that they have suffered heavy beatings in minor and U-21 finals in the past twenty years. That shouldn't happen this team but they need to settle very quickly, to put down a series of early markers. They will be going in believing they can win but they will be breaking the game down into segments. Settle quickly, be ahead or close at half time, hit the ground running in the second half and be in contention in the last few minutes. They have a very good outside chance.