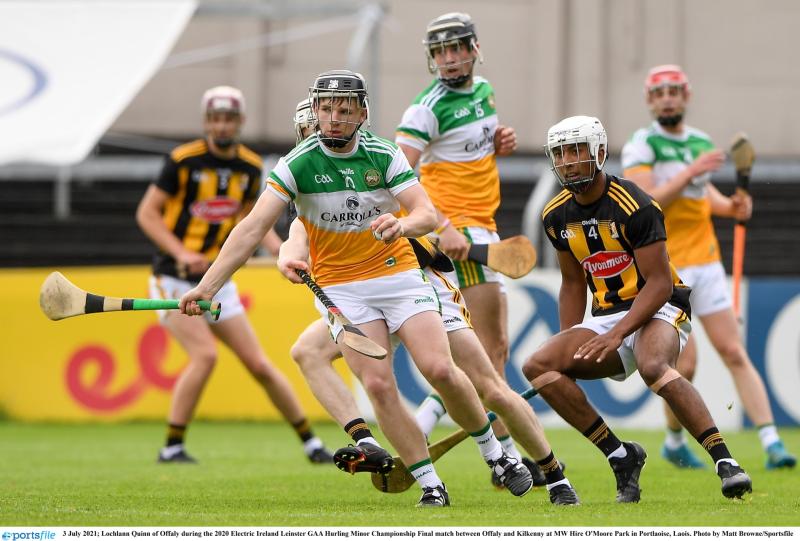 One of Offaly's future hurling stars has been named on the Minor Hurling Team of the Year.

The team was unveiled by Electric Ireland, proud sponsors of the GAA Minor Championships, and they say the team highlights 15 standout performers from the 2020 Minor Hurling season.

This year’s Electric Ireland Minor Hurling Team of the Year features six players from All-Ireland champions Galway, All-Ireland finalists, Kilkenny and Munster champions, Limerick both have three players represented. While Offaly, Tipperary and Westmeath each have one representative on this year’s team.

Offaly's representative on the team is Lochlann Quinn who continues the fine Birr tradition of picking up hurling honours. He was instrumental in Offaly's run to the 2020 minor Leinster hurling final against Kilkenny earlier this month.

The team was selected by a panel of GAA experts and was determined in part by Electric Ireland’s ‘Player of the Week’ initiative on Twitter.

Sarah Sharkey, Brand, PR and Sponsorship Manager at Electric Ireland, commented: “We are delighted to announce the 2020 Electric Ireland Minor Hurling Team of the Year. Whilst it is unfortunate that we won’t be able recognise the players at the annual Electric Ireland Minor Star Awards Ceremony, the health and well-being of players and their families is the utmost importance to both ourselves and the GAA. Along with spotlighting the players’ achievements on the pitch, we were also delighted to celebrate their accomplishments off-the-pitch recognising the major impact the minor players had on their communities through the Electric Ireland GAA Minor Special Recognition awards. Both awards demonstrate the positive impact partaking in the Electric Ireland GAA Minor Championships has long after the championship ends.”

Uachtarán CLG Larry McCarthy said: “I would like to congratulate the Electric Ireland Minor Hurling Team of the Year and specifically Liam Collins, the Electric Ireland Minor Hurling Player of the Year, on their incredible achievements during the 2020 Minor Hurling season.  I have been very impressed by the level of maturity which the players have showcased all year, the players have shown immense character throughout the season and I am confident in the future of our great games having witnessed, first hand, the extraordinary talent these players possess. While we will be unable to honour these players in front of their friends, families and coaches this year due to the Covid-19 pandemic, however, I know their fantastic achievements on and off the pitch will be celebrated across each players’ club and county.”

The Electric Ireland Minor Football Team of the Year and Football Player of the Year will be unveiled on Monday, July 26.