Increasing numbers of Irish are looking for Canadian residency

Over 7,000 Irish workers expected to go to Canada this year in search of work and adventure 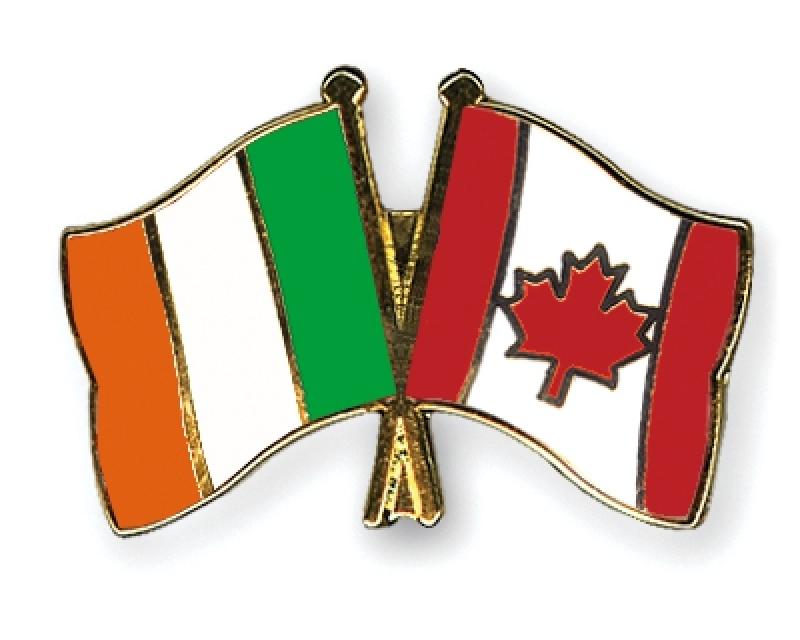 With the Irish economy improving, the impetus to travel overseas in search of employment has dwindled for many.

However, experts at VisaFirst.com say that while some people no longer feel “forced” to move away, Ireland’s love affair with travel has certainly not gone away, and an estimated 6,500 Irish workers are expected to sign up for the 2016/2017 Canadian Working Holiday programme, which has opened its doors to applicants.

The migration experts say that every year there are disappointed applicants to the 3 stage application process, but that, in the main, this is largely down to poorly completed and tardy application forms. Since this year’s programme opened, VisaFirst have received hundreds of calls from potential applicants from all over the country who are struggling to get their head around the application process, and/ or who are worried they may not fill in their application properly and  scuppering their chances of success.

Edwina Shanahan, Manager with www.visafirst.com explained, “The process for the IEC visa application process is now separated into three stages. Firstly, you need to create a profile with the Canadian government; second, if successful, you will be issued an invitation letter from the Canadian Government inviting you to apply for a permit; and lastly, you apply directly for your permit to work.

She stated that "In 2016, many people took the first step and created profiles but they were either late or gave insufficient data –or both, and so many of these people did not receive a Government invitation to apply for with permit to work, which meant no visa!"

VisaFirst.com say that Canadian employers are very much in favour of candidates from the Irish workforce and many offer lucrative attractive packages to entice people to relocate to Canada, often with their families, evidenced by the large swathes of workers applying for Permanent Residency in the country, which will allow themselves & their family to stay there for the foreseeable future.

Edwina continued, “The Irish have a good reputation abroad, they are seen to have a strong skill-set and a great work ethoics. Canada and Australia are both vying for popularity amongst those looking to travel. With the latter recently increasing the age threshold to 35 for their working holiday programme to match that already in existence in Canada. We estimate that between the IEC and the general working holiday visa programmes approximately 7,500 Irish workers will travel to Canada this year”.

VisaFirst.com say that over the last 10 years the numbers of Irish travelling to Canada on temporary work visas had risen significantly, but that as a result of the upturn in the economy the last couple of years have seen the numbers fall somewhat. However, Edwina Shanahan says that while temporary visa figures appear to be falling, “Ireland was still ranked the 11th highest country to be issued work permits in 2014”.

In addition, the migration specialist notes that permanent residency figures are actually on the up, Edwina continued, “It’s interesting to see that of the people already in Canada working, more & more are more are applying for Permanent Residency making Ireland the 27th highest ranked country to be issued with PR visas in 2014”.

IEC Working Holiday Programme – How Does it work?:

The IEC program allows people from many countries up to the age of 35 (30 for some countries) to live and work in Canada for a period of 12 or 24 months. The applicant should hold a passport from an eligible country of which Ireland is one and the passport must be valid for the duration of their stay. They must have sufficient funds to support your stay (C$2500), have health insurance and a clean criminal record.

The process of acquiring a Canadian Working Holiday Visa

VisaFirst.com say that applicants don’t need to wait until the beginning 2017 to begin their application process. The initial registration can be submitted now. It is important to get registered as soon as possible because the system will select applicants on a random basis until the quota is filled.

Edwina explained, “Before you can apply for the IEC working holiday visa, you need to register your interest under the various IEC streams that you want to be considered for. Invitations are then issued. If accepted for a particular stream, you have only 10 days to accept or reject the offer before it expires.

She said "Once you accept your invitation from IEC, you must get your work permit documentation submitted and pay the required immigration fees. You have just 20 days for this stage so again you need to be really focused and ensure that you have your documents submitted on time. Note that some documents can take a few weeks to obtain.  If you are not prepared, it could result in you missing out on your opportunity for Canada’s working Holiday program 2017 if you don’t get them submitted within the time frame."

"After reviewing your application, the CIC may request even more supporting documents. If you are approved, you will be sent a letter of introduction (LOI) which you need to present to immigration when entering the country  in order to be granted the work permit."

"The application process needs to be handled properly to ensure you get your IEC Working Holiday visa for Canada granted successfully. A mistake on any part of your application can cost you a few months of time or can result in the application being rejected," she concluded