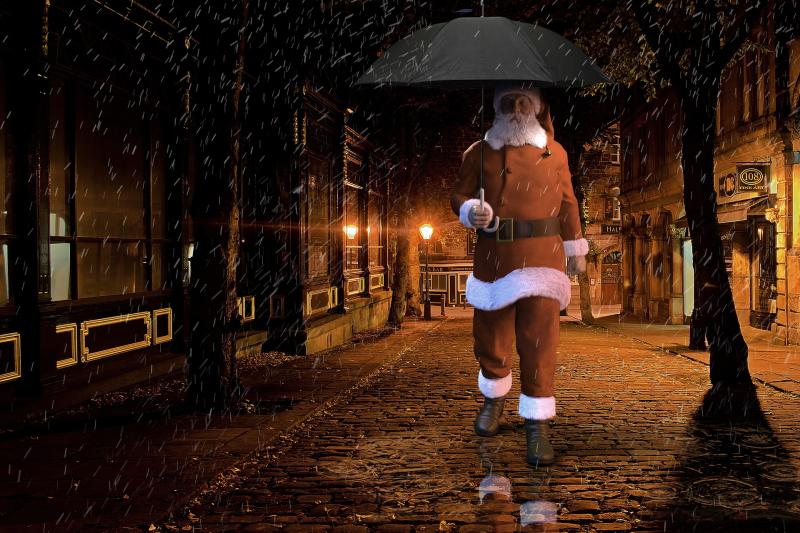 It looks like it will be more Singing In The Rain than White Christmas this year according to the latest weather forecast from Met Eireann.

While Met Eireann says there is still some uncertainty, current indications suggest that there will be widespread outbreaks of rain on Christmas Day.

According to Met Eireann, low pressure will dominate our weather in the lead up to Christmas, bringing some wet and breezy conditions. Turning milder for a time also.

The weather forecast for Christmas Eve for Ireland from Met Eireann says that outbreaks of rain will slowly spread northwards on Friday, reaching Ulster later in the afternoon. Clearer and brighter conditions will quickly follow into the south, extending into the west by afternoon. Patches of light rain and drizzle will linger. Highest temperatures of 8 to 11 degrees in mostly moderate southeasterly winds.

Current indications suggest that more rain will spread across the country from the southwest later on Christmas Eve night. However Met Eireann is assuring everyone that, with Rudolph's help, Santa will have no problem making his way through the rain.

The weather forecast for Christmas Day for Ireland from Met Eireann is for the weather to be generally cloudy and breezy with quite widespread outbreaks of rain. There will be dry periods too with the chance of some brighter spells. Highest temperatures of 7 to 11 degrees, in moderate to fresh easterly winds.

It will continue breezy on St Stephen's Day with outbreaks of rain across much of the country, the rain will become patchier later in the day. Turning cooler in the north with highest temperatures of 4 to 6 degrees there. Highs of 6 to 10 degrees further south. Fresh easterly winds will moderate through the day.