Offaly racing star back on the road to F1 this weekend 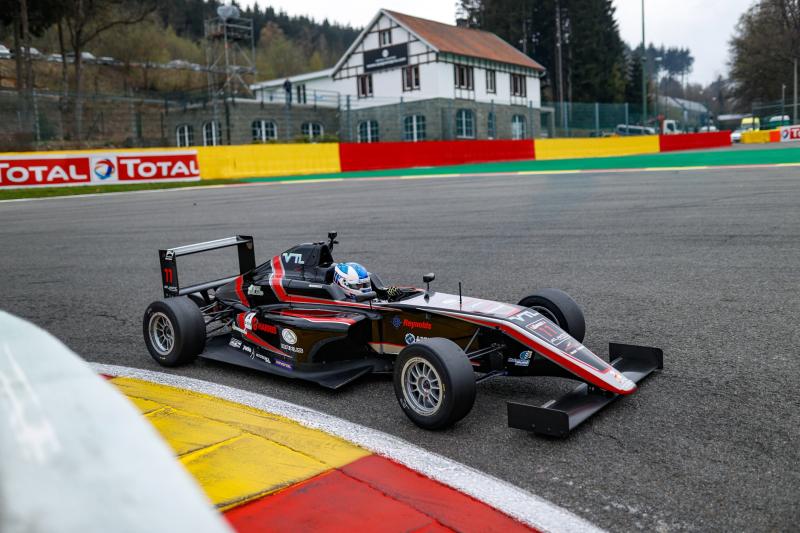 Alex Dunne on the track

Teenage motor racing star Alex Dunne is back on track in the Spanish F4 Championship this coming weekend as he tackles the second Grand Prix track of his short car racing career.

Alex will contest the latest rounds of the Spanish F4 series as the championship visits the Portuguese Grand Prix venue, Portimao, for its third race weekend of 2021, following a seven-week break since racing at Navarra in Spain.

The fifteen-year-old from Co Offaly made a fantastic start to his car racing career at Spa in Belgium, taking pole position and third place in race one. Mechanical problems in qualifying at Navarra restricted him to a best result of seventh place from the three races but with those issues now sorted Alex heads to Portugal full of confidence following a strong run in pre event testing.

Speaking ahead of his return to the cockpit, Alex talked about the progress made at the Portimao test.

“The Championship had a two-day test at Portimao in preparation for this weekend and I was really happy with how it went. The track was new to both me and my Pinnacle Racing team so we spent our time making loads of changes to the car.

"Portimao is very different to Navarra, which was very flat and stop-start compared to the Portuguese track, which is fast and flowing. There are massive elevation changes which make it almost like a roller-coaster and very interesting to drive.

"We started off well on day one, but continued to try different things to get a better understanding of the car. By the end of day two we knew which way we wanted to go and the set up we had found allowed me to get back up to the top of the time sheets in the final couple of sessions.”

Having learnt so much since his success at the opening event of the season and having performed so strongly in testing, Alex is confident of a return to the top of the results this weekend. The Irish driver currently sits ninth in the standings but is aiming for a strong weekend that will really kick start his championship challenge.

Qualifying and race one of the Portuguese round take place on Friday, July 16, with two more races on the morning of Saturday, July 17. All races are live-streamed and fans can follow Alex’s progress in Portugal through the links on his web site www.alexdunneracing.com and on his social channels.

MEMORY LANE: Full gallery of pictures from an Offaly Grad from the archives