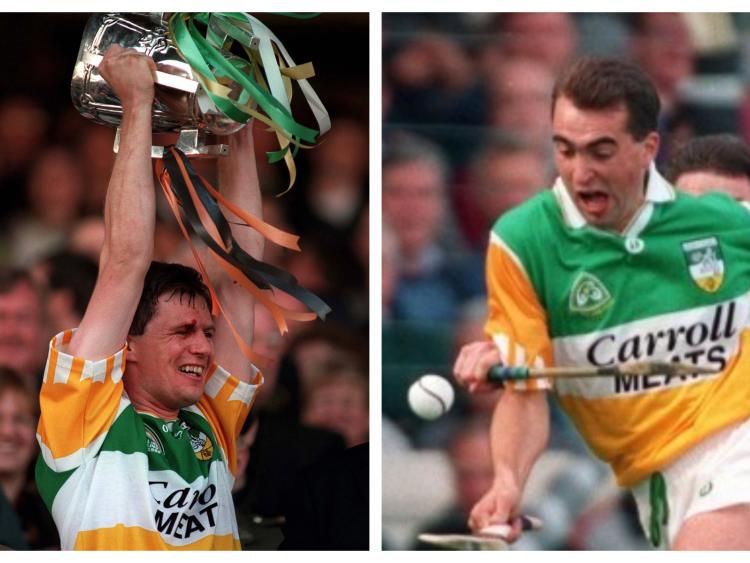 The 1998 Offaly hurling team will be celebrated at the GPA Former Players Reunion Lunch, which will be held on the eve of the All-Ireland Football final, Saturday, September 1.

Proceeds from this event will go toward the GPA Former Players Benevolent Fund.

Offaly won the 1998 championship, beating Kilkenny 2-16 to 1-13 in the final, however, their path to the decider was a colourful one.

As defeated Leinster finalists, Offaly benefited from the backdoor system to reach the semi-final. Perhaps though, this team will always be remembered for the controversial semi-final against Clare, when the referee mistakenly ended the game five minutes early, with Clare in the lead, which culminated in Offaly supporters conducting a sit-down protest in Croke Park and a replay, which Offaly ultimately won.

Managed by Michael Bond, and captained by Hubert Rigney, this was Offaly’s third All-Ireland final of the 1990s and was to be their second win of the decade.

Offaly’s John Troy was the season’s top scorer with a tally of 2-31 to his name.

This was a golden age of Offaly hurling, which was recently illustrated by the selection of Martin Hanamy, Brian Whelahan and Johnny Dooley on the GAA Hurling Team of the 1990s.

The GPA Former Players Reunion lunch will take place on 1st September 2018, on the eve of the All Ireland Football Final. Each year at the event, one former hurler and one former footballer are recognised.

At the 2018 event the GPA will also recognise the achievements of 10 teams - hurling and football All Ireland winners through the decades from 1968-2008.

There will be approximately 500 former players with some special guests in attendance at the event. As well as honouring some of the greats of our games on their past achievements, the GPA ambition is to grow this event, expand their Alumni of former players and enhance the level of support they can provide to former players if and when needed.

All profits from this event will go directly to the GPA Former Players Benevolent Fund.

As this is a GPA event honouring our athletes, all former players are welcome, by contacting the GPA via email, formerplayers@gaelicplayers.com