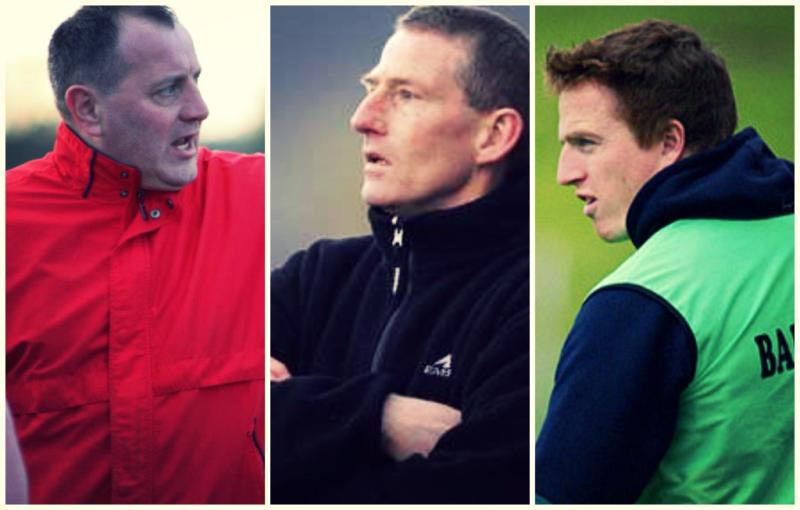 10 names for Offaly to consider for Senior Football manager job

Following Offaly's turbulent 2018, culminating in the sacking of Stephen Wallace as senior football manager, there was huge dismay in the county.

Paul Rouse and his management team of Stephen Darby, John Rouse and Alan McNamee instilled a work ethic among the players and new hope among supporters.

After beating Antrim and running Clare to within two points in the All-Ireland qualifiers, the majority of fans called for the interim management team to be kept on.

However, in recent weeks, Paul Rouse informed the county board that he simply couldn't give the time needed to carry out the job on a full-time basis.

It was a blow to the county board's plans as it's understood they were keen to sign Paul up to a long-term deal. Attention has now turned to filling the post with a selection committee working to find a suitable replacement.

We have come up with a list of possible (and not so possible) contenders for the job:

Stephen Darby should probably have been the Offaly manager before now, and as an old school man on the line with Offaly football in his blood, he would bring a steady hand to the fold. The Rhode man was part of Paul Rouse's interim management team during the summer, helping Offaly to a qualifier win over Antrim despite the earlier upheaval of the Stephen Wallace sacking.

This is a bit of a left-field option for the 2012 All-Ireland winner who would take some serious convincing to come to the midlands after roles at Celtic and in China in recent years. He's recently been linked to the Cavan senior job so is possibly in the running for a return to the line in Gaelic football. Offaly County Board would probably have to go deep into the pockets to secure his signature but he would bring a welcome professionalism to the squad.

A Leinster championship winner with Offaly in 1997, the Edenderry man has turned his hand to management with good success. He led the Reds to county titles in 2011 and 2014, and after some time away with O'Dempsey's in Laois, he's back at the helm in his native town. He has Edenderry well positioned in second place in the round robin phase of the 2018 Offaly Senior Championship. He gets massive buy-in from players, and is Offaly football to the core.

Paschal was many people's idea of the Offaly manager in waiting when Offaly County Board went to Kerry to bring in Stephen Wallace last year. He had led his native Rhode to back-to-back county titles, reaching the summit of the Dowling roll of honour in the process, but instead of parading the line in O'Connor Park, he ended up down in Tipperary as part of Liam Kearns' senior set-up. He has the football legacy and now the managerial experience to take the helm at county level, and maybe it's time the county board went out of their way to get him. The foray to the Kingdom didn't end too well last time.

Paul Rouse was a popular figure in his short time in charge of the Offaly footballers over the summer, and he had remarked to the Offaly Express on a number of occasions of his high regard for current U20 boss Declan Kelly. Declan has proved popular with the U20 set-up and has been recognised for his professionalism and attention to detail. He worked well with the senior set-up too, taking in the likes of Cian Johnson and Barry Rohan after the Allianz League. That link to the young players of the county would be an asset if he were to take over a senior panel that is clearly in transition. He would be well placed to bring the likes of Johnson, Cian Farrell and others through to the senior ranks.

Tullamore manager John Rouse was part of his brother Paul's management team during the summer and is a proven manager in his own right. He led Tullamore to their most recent football title in 2013 and took the reins again in early 2018. In his role as teacher in Knockbeg College in Carlow, he was on the management team alongside Chris Conway when they won the Hogan Cup with the school in 2005.

Another outlier on the senior county scene. The Kildare man has just led his native county's U20 footballers to an All-Ireland title, beating the likes of Dublin, Kerry and Mayo in the final along the way. He has managed at club level in Kildare, bringing the Confey senior footballers to their first and only senior league title in 2016. He also led them to a county semi-final in the same season. A young manager with an upward trajectory, Burke also previously worked as assistant manager to the Dublin Senior Ladies that reached two All Ireland finals, losing out to Cork on both occasions. He's also been involved with Trinity College; Confey U21s and the Kildare minor ladies. He would be an out-of-the-blue appointment and would prove another huge risk for Offaly County Board without senior intercounty managerial credentials.

Staying within the county again, Clara's James Stewart has serious credentials. He managed the Offaly U21s to a Leinster final in 2017, only losing out to an excellent Dublin team in the decider. He also has club and county experience at senior level and was previously part of Pat Flanagan's senior Offaly set-up. He is a popular figure as a former player and would be an asset to any management team in Offaly.

This would be another spectacular coup for Offaly GAA as the former Mayo boss has become an active television pundit since leaving his post as Mayo manager. In that role, he came agonisingly close to All-Ireland glory, falling short to Dublin on a number of occasions, but taking charge of Westport in Mayo last December proved he still has the managerial bug, and another tilt at intercounty level could be tempting. He would garner huge respect amongst the players.

A bona fide Kerry legend and pillar of the GAA. Jack O'Connor is a three-time All-Ireland winning manager with his native Kerry, and again, would bring a reputation that commands respect to any Offaly set-up. With so many young players coming through in Offaly, O'Connor's underage record would almost be as important as his senior mettle. He led the Kerry minors to All-Ireland glory in 2014 and 2015 and has also taken charge of Kerry's U21s. Tommy Byrne and the county board would have to pull serious strings to lure O'Connor to the midlands but he would be a box office appointment.