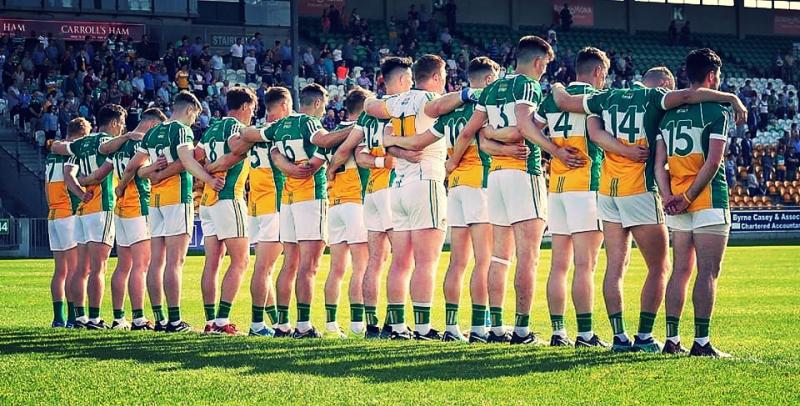 OPINION: The managerial appointment Offaly GAA needs to make for the sake of progress

Less than six weeks ago, Offaly football was in the doldrums; we had just lost to Wicklow, there was turmoil in the camp, and supporters were disillusioned. The manager was axed, the players took flak from all quarters, and the national media feasted on our misfortune - and why not, we were cooked.

A UCD history professor from Tullamore was a left-field appointment as interim boss, but he brought a renewed enthusiasm and a wealth of experience, including Stephen Darby, John Rouse and Alan McNamee as his backroom team. An army cap-wearing Paul Rouse stepped into the breach, made a couple of phonecalls, and ten players marched out to the Faithful Fields. The troops were assembled.

It was stirring stuff; an innate hunger for homegrown success that an outside manager just can't bring.

That group of men had an unenviable task and although Rouse talked a good game in the lead up to their first outing in the qualifiers against Antrim, just 2,000 people turned out in O'Connor Park. There was talk of a psychological hangover from the Stephen Wallace affair. How could their heads be right? They've only had three weeks preparation. Monday morning came and Offaly were in the hat for Round 2 after dispatching Antrim by 8 points.

Clare were next up, a team riding high in Division 2 of the Allianz Football League, and they were a cut above our level with two of the best midfielders in the country. That's what we were told, but the diligent Rouse and his selectors plotted a path to victory, and but for a bit of luck on either side, they would have got there. Clare edged it by two points after a thriller in Tullamore, and 3,500 people were there to see it, 1,500 more than the game previous.

Paul Rouse is an active figure on the sideline. He patrols up and down the terrace side of O'Connor Park considering his next move, and the players gathered show him huge respect. There was a togetherness last Sunday not seen for a long time. Rouse approached Anton Sullivan, Conor McNamee and others before the game, embraced them and gave them a belt on the chest as he moved on. Those boys were fired up, that's for sure, and the crowd could sense it. They surged with every attack Offaly made. It was tangible.

With the likes of Colm Quinn, Cathal Daly and Roy Malone all giving their time in recent weeks to prepare the team, there's a local cohort there with the knowledge and respect to bring this project on. The call for "good and proud Offaly men" to come in and steady the ship was answered and answered with interest. In just five weeks and with injuries to Eoin Carroll and Peter Cunningham to contend with, Paul Rouse readied a team that almost achieved their biggest championship win in a decade against Clare.

Paul Rouse gave a number of interviews to the Offaly Express and others during his short term in charge, and in those exchanges, he became almost breathless with enthusiasm. An Offaly man talking about Offaly football and all the things that can be achieved if everyone buys in. It was stirring stuff; an innate hunger for homegrown success that an outside manager just can't bring. Offaly football is in Paul and John Rouse's blood, and Stephen Darby's blood, and Alan McNamee's blood. It pours out of them for the cause.

Rouse approached Anton Sullivan, Conor McNamee and others before the game, embraced them and gave them a belt on the chest as he moved on. Those boys were fired up.

The players and crowd feed off that and it's infectious. It helps too that the men at the helm employed a natural attacking style of football that did the hearts of Offaly football supporters good. There was no system, no blankets; just a belief in the ability of the players we have and are producing. Paul Rouse has said he trusts these lads to go out and play what's in front of them, and with proper guidance, they did just that in the last two games of the year.

For all of these reasons, and many more besides, Offaly GAA need to go out of their way to appoint Paul Rouse and his selectors as the full-time Offaly football management team. Paul has a career in UCD but if Offaly County Board are serious about the future of football in the county, they need to convince him, assuming he needs convincing at all.

As the team captain Anton Sullivan said after Sunday's game, Offaly GAA need to "do the right thing" to appoint the lads. He said for the first time in his eight or nine years at senior level, he's sad to be leaving a county panel to go back to his club, such was the buzz and professionalism shown in the last five weeks.

If Offaly GAA manage to appoint Rouse as manager, they need to support him and his panel by providing the resources needed to further the Offaly project. Minors and U20s and lads from every age group beneath them need to be nurtured and given the best in physical and psychological training processes. A professional set-up will breed better players, and with a local group in charge, Offaly can continue the huge building work already achieved in a mere five weeks.

Offaly County Board, it's your move...