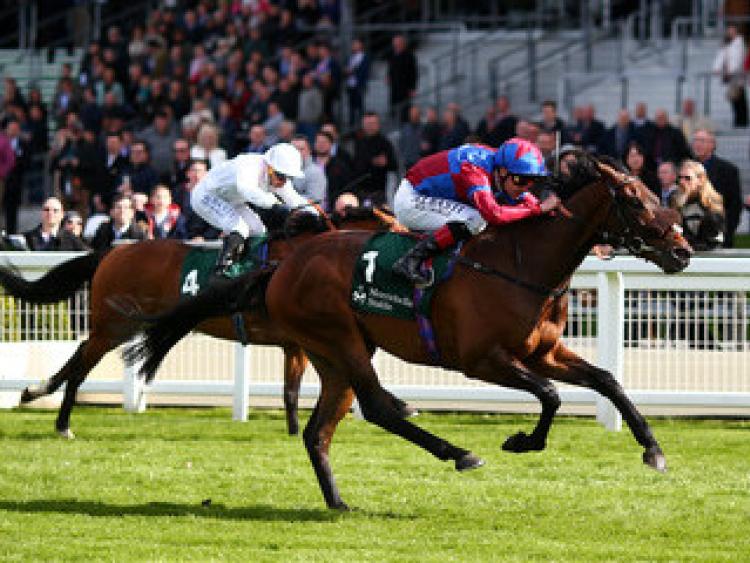 Pat Smullen has six rides at Leopardstown this evening, and our resident racing expert has chosen three that could get the Offaly man into the winner's enclosure.

The 18:20 looks a fairly ordinary maiden and could offer SANDARYANN (8/1) a chance to win on debut for the potent Weld/Smullen combination. This two-year-old is an offspring of Rip Van Winkle and a half-brother to the three-time Group 1 winner and Arc third SARAFINA. This horse has been one of the biggest drifters of the day, allowing the colt to hit a very attractive each-way price in a nine-runner field. Nothing jumps out as having outstanding claims in the race but SIRJACK THOMAS and THE BROGHIE MAN have come in for support, more than likely because they have some racecourse experience. SANDARYANN is worth taking a risk with in what is a poor race.

Smullen gets the leg up on the second favourite in the 19:25 race in the shape of HUNAINA (3/1) for Mick Halford. This looks like one of the more competitive races on the card, but HUNAINA is coming off the back of an eye-catching performance last time out. At the same course late last month, he came in less than a length behind LITTLE CLARINET from David Marnane's yard. That rival went on to finish three lengths behind Music Box at Naas on July 8. Before that runner-up run behind LITTLE CLARINET, HUNAINA finished behind PETTICOATGOVERNMENT in two separate races. They were both disappointing efforts but her latest performance suggests she has improved. It appears Jim Bolger's FIOR CLISTE (7/4) is the one they all have to beat as she's been backed off the boards all day. She was out of her depth when 22 lengths behind CLIFFS OF MOHER at this track in October 2016, but warmed up for this campaign with a two-length success at the expense of BAY OF SKAILL last week. That to me reads an underwhelming piece of form and I'm yet to be convinced of FIOR CLISTE's credentials.

A few veterans of the track contest the 20:00 Group 3 Icon Meld Stakes with the likes of BRENDAN BRACKAN, DEAUVILLE and THE GREY GATSBY going to post. Pat Smullen partners THE GREY GATSBY (9/2) having been onboard the same horse for a disappointing run at the Curragh earlier this month. It's important to point out that that run, which saw him finish four lengths behind JOHANNES VERMEER, came on the back of a 260-day break. It was also his first run for Dermot Weld after the horse made the switch from Kevin Ryan's yard. Speaking this week, Pat said of THE GREY GATSBY: "We have been happy with him since his run in the International Stakes and hopefully he will run well. We think he’ll improve." The horse hasn't won since 2014, but that victory did come at Leopardstown, and it was against AUSTRALIA in the Irish Champion Stakes. Since then he's been beaten in races won by the likes of GOLDEN HORN, FREE EAGLE, FOUND and POSTPONED, and this race represents a serious drop in class. The main danger is DEAUVILLE who is a consistent sort from Aidan O'Brien's yard. He was third behind RIBCHESTER in the Queen Anne Stakes at Royal Ascot in June, and before that had performed well everywhere from Dubai to the US. He's been a real globetrotter but perhaps that is catching up on him now as he proves difficult to win with.