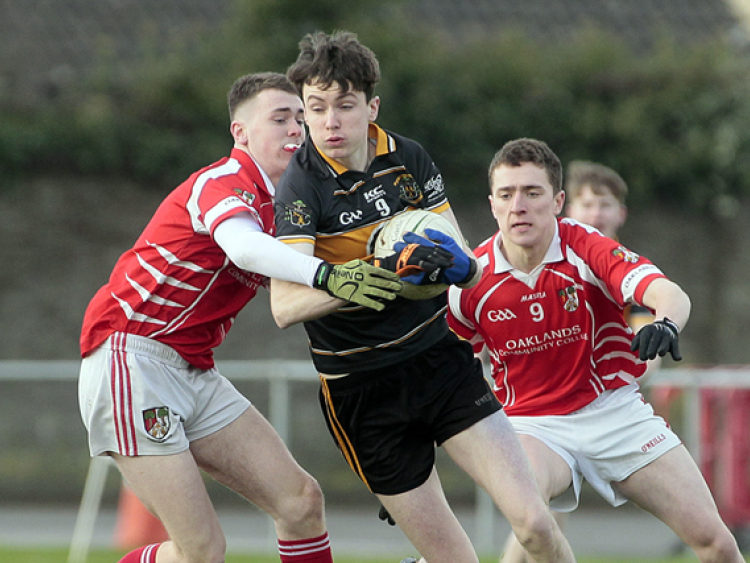 The senior footballers from Oaklands Community College in Edenderry have reached the Top Oil Leinster Post Primary Schools 'D' football final this afternoon. After a slow start, Shane Cummins and Anthony Kilmurray were instrumental in launching a second half comeback in Athy.

After a goal spree early in the second half, Oaklands found themselves three behind, but captain Anthony Kilmurray trimmed the deficit for the Edenderry school. When Shane Cummins pointed from a penalty to put one between them midway through the half, the tide looked to be turning for Oaklands, who were yet to lead in the game.

However, their opponents, Colaiste Eoin from Hacketstown, had other ideas and extended their lead to four when they scored a goal. In an absolute goal-fest, Oaklands responded with a point and yet another green flag to level proceedings. The Edenderry side never looked back and finished with three unanswered points, including a stunning strike from Anthony Kilmurray.

There will be much excitement in Oaklands Community College and around the town of Edenderry as the school get back to work this week preparing for a Leinster football final.