Jubiliant manager delighted at way Offaly stormed across the line

“We now have something tangible” - Declan Kelly 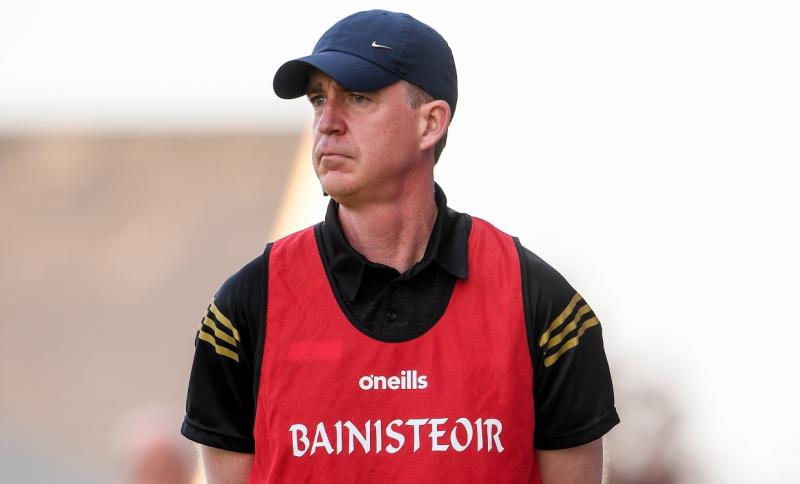 STILL soaking in the enormity of a stunning win over Dublin in the Leinster U-20 Football Championship final last night, Offaly manager Declan Kelly was fully aware of what it could mean to a county that has been trying so hard to rise out of the doldrums for a few years now.

Kelly was absolutely thrilled with Offaly's sensational 0-15 to 3-3 win and he talked about the importance of winning a final after losing so many over the past twenty years.

“Over the last 10 or 15 years we were in a lot of minor finals and we did lose them. This year, we lost the minor hurling and minor football. We have been getting to finals but getting over the line has been a bit of an issue. I think it is going to be massive for the county, both hurling and football. We have been competitive, that is the one thing we have been but the belief is there now. We now have something tangible.”

He was keen to praise the work being done at coaching and games level, stating that they are now getting players who know what is required.

“It will give a boost to the coaching and games, who are doing a lot of work in the background and the County Board, in fairness to Michael (Duignan) and his team with a lot of structures in place over the last couple of years. All of that is behind today's victory. At the end of the day, from any perspective with us, we are just here but it is what is given to us with coaching and games, clubs, the structures the County Board have in place currently.

“When you are getting the type of player in that we are getting in at the moment, it is easy enough to mould them. They do know what is required now.”

The Kilclonfert man saluted his team for the way they dug out the result.

“There was serious character shown out there. It's in them and has been in them for a long long time. We would have spoken about Dublin getting goals, they are that type of team. The sucker punches they got, they kept coming back and that was the key ingredient. It is just massive, a massive victory for the lads.”

Offaly responded with a point each time Dublin got a goal and Kelly agreed that this was crucial.

“They were fierce important. It is fierce important to answer. If you concede a goal, if you get the next score, it is massive. They done that and you could see it in the last fifteen minutes with them. In fairness to the lads when we got them in for the last water break, we didn't say anything to them at all. They knew where they were, they could smell it and they knew it was there for them. It was a matter of just going at it and seeing it out.”

Oisin Keenan-Martin was a late call up to the team. Selected at centre half forward, he dropped back as an extra defender and the manager agreed that he played a very important role.

“Oisin was unlucky, he broke a bone in his hand a couple of weeks before the first round and he was going very well. He would have been playing on the team. It is great for the likes of him. It is very unfortunate for Kieran Dolan (the full back was ruled out with a hamstring injury) the way it happened this week but Oisin got his chance and in fairness to him, he did very very well.”

While they conceded three goals, he would have taken a Dublin tally of 3-3, and just a goal in the second half, with both hands before the game.

“You would. We were aiming for somewhere around the 16 point mark ourselves that we could score. We thought if we could get up around that target, we wouldn't be far off it.”

He was delighted with the way Offaly went at Dublin when the winning post loomed into sight in the closing quarter.

“They did attack it. In fairness to them, they weren't sitting back and waiting for Dublin to come onto them. Whenever they won the ball, they just went at Dublin. If you are trying to beat some of the strong teams, you have to go at them.”

Midfielder Morgan Tynan had a super game after passing a fitness test having gone off early in the win over Westmeath – he sustained a heavy hit to the head area late on in the first round against Wexford.

“It was a massive help. In fairness he had a very good game against Wexford and for him to come through today and kick a couple of great frees as well, was massive. I am delighted for him.”

Now Offaly find themselves in virgin territory and an All-Ireland semi-final against Cork on Saturday or Sunday week.

“They will be formidable. As normal, we will get back down to it on Saturday evening which we have been doing for the last few weeks and take it from there.”

“It's unbelievable to get over the line finally” - Cormac Egan

ANALYSIS: Never to be forgotten scenes as Offaly end years in the wilderness