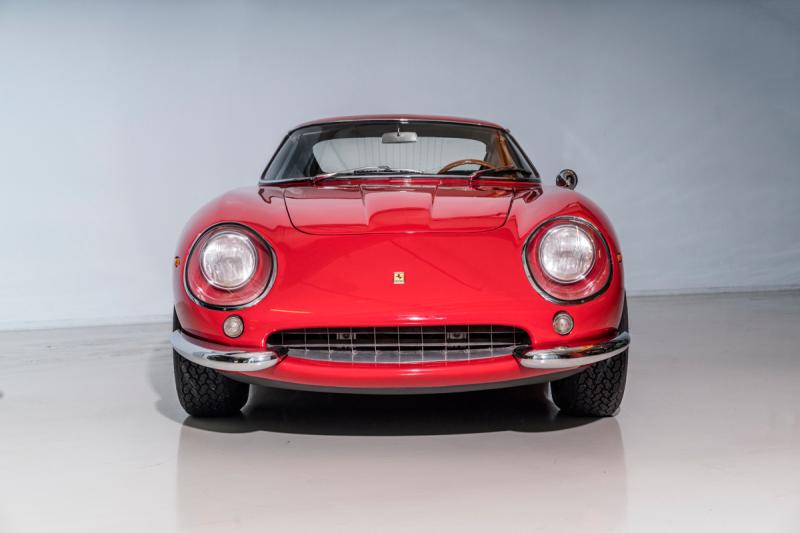 This most significant Ferrari was the first 275 GTB/4 produced in 1966 and was used to unveil this legendary model to the world on the Ferrari stand at the Paris Motor show that year.

Chris Routledge, CEO of Coys, said: “The 4-cam has always been considered the most beautiful 12-cylinder car from Maranello, and it is with some excitement that we are bringing the factory prototype, Chassis No 1 and 1966 Paris Motor Show car to the market.”

On its public debut in the French capital, the 275 was greeted with universal praise both on the road and for its styling, heralding a successful period for Ferrari. This model was then taken to the United States by the next owner, a Mr. Gordon Walker of Northbrook, Illinois, and remained in his ownership until 1983 when it was offered by Ferrari South USA.

In the late eighties it resided in the Swiss collection of Albert Obrist who put together, arguably the most comprehensive and renowned collection of Ferraris in the world. Obrist chose this car because he believed that it was the most seminal of 275s given its background.

A few years later the car changed hands to become part of another world-renowned car collection, this time in England, and remained stored until the early 2000’s with other priceless automobiles. In 2004, Coys sold it at its Monaco auction to the current vendor, who used it sparingly for a variety of events.

As Jean Pierre Beltoise, a racing driver and journalist for l’Auto Journal wrote when he tested the car in 1967: “It is, first and foremost, a serious and comfortable gran turismo, but it retains the lineage of a race car in the response of the engine and the quality of the handling. The 275 GTB/4 is one of the greatest automobiles created in our times.”

Alongside these Italian touring greats, there is also a broad selection of interesting and eclectic vehicles, ranging from a 1989 BMW Z1 (£32,000-37,000), which are hugely popular in the marketplace today, to an iconic 1981 DeLorean DMC-12 (£30,000-40,000), the eccentric gullwing-door creation of namesake John DeLorean so affectionately associated with Hollywood films, with around 9,000 miles from new.