Ateca is a winner 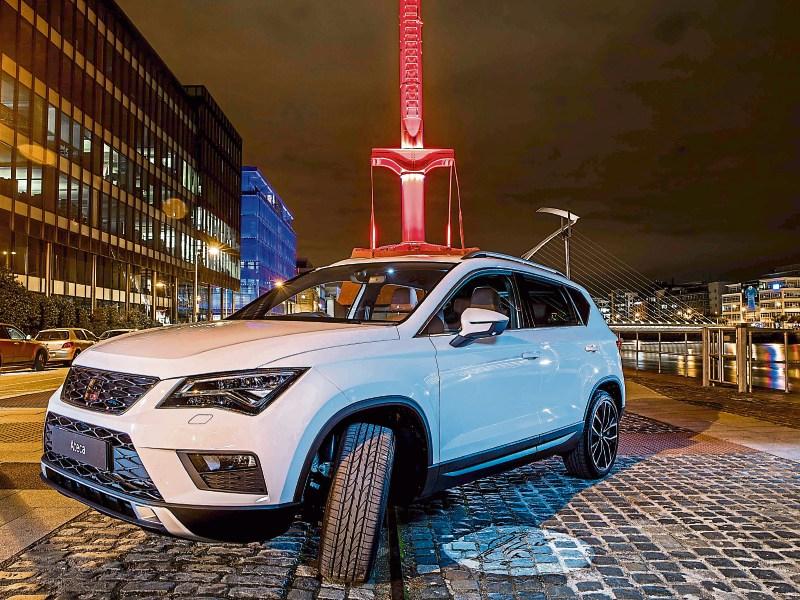 The SEAT Ateca has been acknowledged internationally as the 'Best Buy Car of Europe in 2017' at the AUTOBEST 2017 awards.

This award comes at a time when the brand is in the middle of its largest product offensive in history.

SEAT is currently launching four models in 18 months - the Ateca, the Leon, which will reach dealers shortly, the fifth generation Ibiza and the new Arona crossover, which will be available next year.

Neil Dalton, Head of Marketing and Product at SEAT Ireland said: “The Ateca is performing extremely well in the Irish market, so it’s wonderful to see it recognised to such international acclaim.

“Fully deserving of the award, the Ateca delivers a spectacular driving experience.”

When announcing the Ateca as Best Buy Car of Europe in 2017, the AUTOBEST jury pinpointed the factors that make it the best buy option for customers - design, comfort, easy driving, value for money and commercial and service network.

After testing in Italy at the end of November, the Ateca was chosen the favourite over the other four finalists by a jury of specialised journalists representing 31 countries in the final vote of the prestigious AUTOBEST European awards.

Seat insist Ateca represents a new direction for the company,. and they are entering a new segment with a product that offers an excellent mobility experience for customers.

Ateca, they insist, is positively contributing in taking the brand to the next level.

Seat’s SUV is currently exceeding all expectations and it is a particularly important vehicle for the brand, not only because it has opened the door to one of the most dynamic market segments, but because it is the vehicle the company aims to use in facing such important challenges as the future of urban mobility, which will require new solutions and new technologies.

The Ateca range versatility was one of the factors most highly rated by the AUTOBEST awards panel.

The numerous options range from Full LED headlights to a wide variety of driver assist systems, such as the Traffic Jam Assist and the new Emergency Assist, and state-of-the-art information and entertainment systems pack with true eight-inch touchscreen and Full-Link connectivity.

The X-Cellence version at the top of the range, offers elegant interior finish with Alcantara upholstery and concerning safety, at the very top of the line, the Front Assist emergency braking system for city driving, detects pedestrians and warns the driver if a possible collision is detected.

It is also able to automatically make an emergency stop.