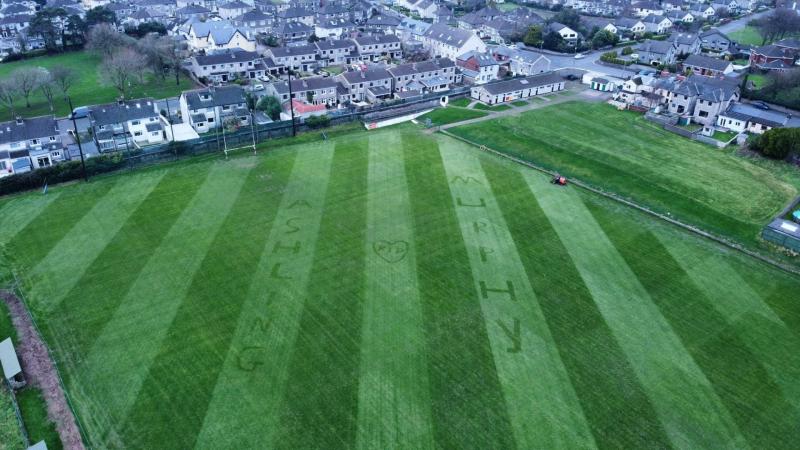 A groundsman at a Cork GAA club went to an extraordinary effort to pay tribute to Ashling Murphy over the weekend.

He had mowed Ashling Murphy name and a heart into the centre of the pitch in a touching gesture. He then used a drone to capture a photograph of the pitch.

Just got this sent into the show @Corks96FM
'Morning Lads I did this in memory of Ashling Murphy on Ballinlough gaa pitch. Thought ye might like to share it. Cathal. Head grounds man at Ballinlough Cathal Browne' ♥️ #AshlingMurphy pic.twitter.com/gNX18Mn9Ry

Ashling Murphy was murdered on the Grand Canal at Cappincur last Wednesday afternoon. Tributes and vigils have been held for her all across the country and the world in the wake of the senseless attack.