Offaly film could be in line for an Oscar nomination 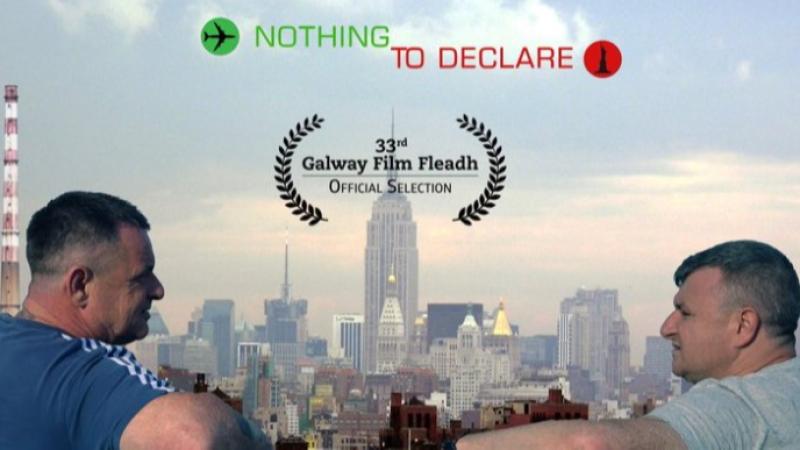 The entertaining movie "Nothing To Declare" by Offaly filmmaker Garret Daly could possibly be nominated for an Oscar.

A charming documentary by an Offaly-based filmmaker which recounts the true story of two Irish boys who ran away from home and ended up in New York, has qualified for consideration for an Oscar nomination after it won a major award at the International Galway Film Fleadh recently.

“Nothing to Declare” was written, directed and produced by Garret Daly, who is Managing Director of Mixed Bag Media, an award-winning Irish film and television production company based between Daingean and Croghan, in a townland known as Down Lane. Garret lives in Down Lane with his Offaly-born wife, Martina McGlynn, who is also an award-winning filmmaker.

“Nothing to Declare” was shown to a very appreciative Birr audience in Birr Theatre & Arts Centre during the recent OFFline Film Festival.

“Nothing to Declare” won the short documentary category in the Galway Film Fleadh, which means it can now go forward for consideration by the adjudication committee for the Oscars. Galway Film Fleadh is one of around 75 Festivals worldwide which is accredited by the Oscars.

Garret is realistic about getting nominated for the Oscars. “We will be up against probably around 100 documentaries worldwide,” he said, “and only five will be shown on the night of the Oscars.” However, the film is so entertaining and of such a high quality that you could easily imagine it being selected.

The idea for “Nothing to Declare” came about when Garret decided to make a feature film about two young boys, Keith Byrne (10) and Noel Murray (13) from Darndale in the northside of Dublin who captivated the nation and created international headlines when they ran away from home in August 1985 and managed to make it all the way to New York without a plane ticket between them.

“Everybody in Ireland was talking about these two boys back in August 1985," says Garret, "but when people kept asking me what ever became of them I decided to contact them to see if they would be interested in recounting their adventure, and here we are 36 years later with the two boys, now men, on screen together for the very first time telling the story in their own words.”

Garret said this unbelievable story is something which could never happen today because of all the security around air travel and due to the fact that we live in an age of instant communications.