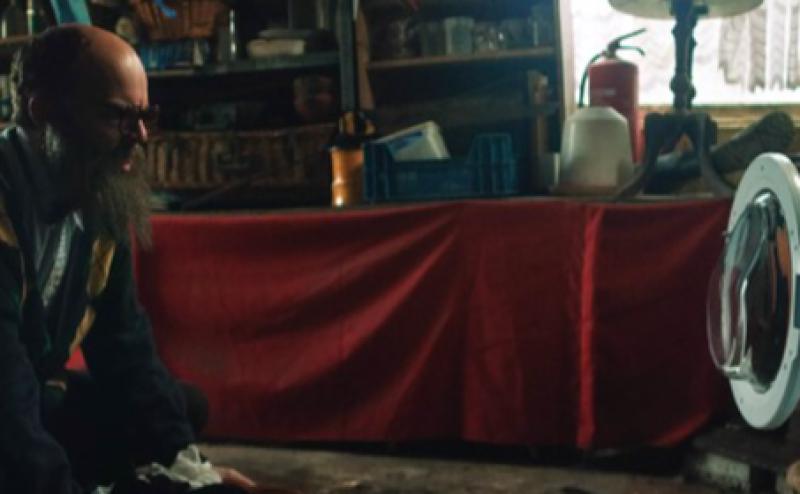 The quirky and excellent "Wormhole in the Washer" was shot in Loughton House, Moneygall

Seven exceptional films, which were all connected with Offaly in some way, were shown to a very appreciative audience in Birr Theatre & Arts Centre during the recent OFFline Film Festival.

After the screenings, OFFline festival Director Gary Hoctor summed up what many of us have recently been feeling: “When you think back to this time last year, we were hopping in and out of lockdowns, slowly going stir crazy and wondering how long we’d actually have to endure the P-word. Now that the light finally seems to be appearing at the end of this tunnel, it's events like this night of screenings that help remind us who we are.

"Back in 2019 we opened the Festival with a Made in the Midlands compilation - an amazing night that has definitely been repeated this year, as we have all seen this evening with the very high standard of filmmaking on show. As well as the live-action shorts made in Offaly and those made elsewhere by Offaly filmmakers, this evening we have seen two short animations made by filmmakers who had the pleasure of staying in Birr as part of the Animation Residency from September 2020 until March 2021. We were also delighted to screen a short from the English Midlands - a nod to filmmakers who’ve been coming here for about 10 years - from the region where us OFFliners went to study how to make a Festival way back in 2009.”

“The Passion”, directed by Mia Mullarkey was the first film of the evening. It was partly shot in Lough Boora and tells a story of the aftermath of a tragic road accident. In the accident a young man (played by Frank Blake) accidentally kills the love of his life in the crash, and he subsequently finds escape, resolution and love with her mother (Olga Wehrly).

“Neon meets Argon” by James Doherty was a touching tale about an old hand taking a youngster under his wing. It's an ancient, often-told tale, but worth retelling over and over again, and it was done with skill here.

Neon (played by Lalor Roddy) makes imaginative looking neon lights for customers but it's obvious he's finding things tough as he gets older. Perhaps he is a bit depressed, perhaps his bones are a tad weary (it's not specified) but he needs help or else his business could go under. A helping hand comes from an unexpected direction in the form of a young man called Argon (played by Dane Whyte O'Hara). Initially we think Argon is a troublesome, cocky youth, but he proves himself to have a heart of gold. Neon sees that this is a young lad who was going astray and could have gone very wrong but he's able to give him purpose and direction.

“Wormhole in the Washer” by Paireac Keane is whacky, quirky and charming. Shot in Loughton House Moneygall, it focuses on an eccentric writer (excellently acted by Elliot James) who wears bow ties and woollen cardigans but who suffers from an exaggerated self-regard and an anger management problem. One day he notices a wormhole at the back of his clothes washing machine. He goes through it and enters a parallel dimension where he meets his doppelganger.

“Nothing to Declare” by Garret Daly tells the true life story of two young boys, Keith Byrne and Noel Murray, who undertook an unbelievable journey on their own without adult supervision. They made the headlines in 1985 when, without a penny to their name or without telling anyone, they took a dart to Dun Laoghaire, a ferry to Holyhead, a train to London, and a flight to New York from Heathrow. They got through security in Heathrow by saying to the officials that they were with their parents who were somewhere ahead of them in the airport. Their extraordinary journey was rumbled by an astute policeman in JFK airport. Keith (10) and Noel (13) from Darndale had run away before, travelling around Ireland on trains without paying, but evading the authorities in three countries was a first.

Their incredible adventure began on August 4th, 1985 when they left their Dublin homes and eventually ended up in New York having arrived there on an Air India flight from London. Their journey baffled security in three countries, caused a major terrorism alert and left their parents in the dark about their whereabouts for days.

Garret Daly has crafted a very entertaining film about the event which interviews Keith and Noel thirty six years later. The two men, for the first time on screen together, recount their adventure with much humour and also honesty. Their story had the Irish nation talking as they created international headlines. They also reveal the life that followed after the headlines faded. For those of us who lived in the '80s this is a nostalgic trip back into a very different world.

“Raised by Canals” by Lauren Hatchard is a charming true story of memories, love of one's parents, and holding onto memorabilia which reminds you of your parents.

“Soft Tissue” is an animation film by Clíona Noonan (who spent six months in Birr in 2020 doing the animation residency). Her images are striking and compelling. Her story is a reflection on mortality and coming to terms with grief.

Finally, “Little Boy Litter” by Jack McHugh & Conor McNally is a fantastic tale about the awful problem we have in Ireland with litterbugs. Little Boy Litter enthusiastically picks up rubbish from around the countryside and the town. 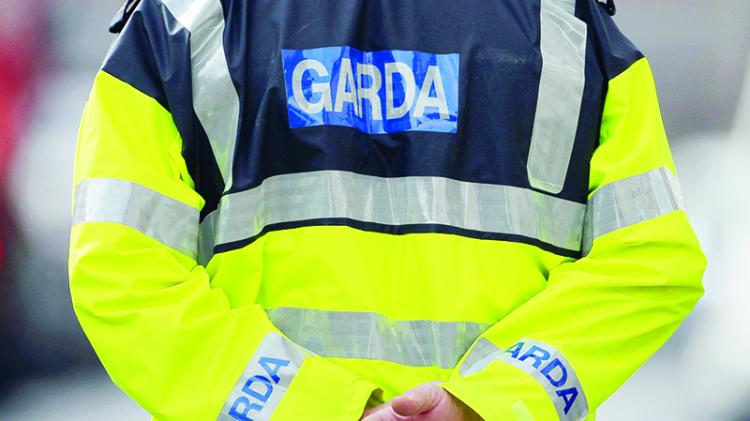