The grave of Cornelius Heeney in New York

When he died in 1848 Cornelius Heeney, an Irish emigrant of the late 18th century to the USA, was perhaps one of the wealthiest and most influential men in the country, yet his story goes far beyond wealth or influence.

Heeney emigrated from the Edenderry-Rhode area at just 30 years of age in the mid 1780s and a historical talk will be given on his life and times on YouTube and Zoom channels on Wednesday, June 29 at 6pm New York time – 11pm Irish time and it will be available to listen to later on the Albany Heritage Museum facebook page and YouTube in playback.

Heeney is an absolutely fascinating character with a tremendous history and a Rhode emigrant to New York, Danny Leavy is currently researching a book on him, with assistance from a well known Edenderry historian Ciaran Reilly. The talk is being given by both Leavy and Reilly.

Dr Ciarán Reilly is a native of Edenderry, County Offaly and for many years has been researching Heeney’s career. An historian of 19th and 20th Century Irish history at Maynooth University, he is the author of a number of books including ‘Strokestown & the Great Irish Famine’ and the ‘The Irish Land Agent’. He is the co-editor of ‘Dublin and the Great Irish Famine’ which will be published later this year. Danny Leavy is a Building Manager in New York City, where he has lived for almost 30 years. He is originally from Rhode in County Offaly – he played minor and U-21 football for Offaly, senior for Rhode and went to New York in the 1990s.

In this illustrated talk, Dr Ciarán Reilly will unravel the many facets of Heeney’s life which were centred on Brooklyn and New York. One such facet was his involvement in the Catholic Church in New York diocese. Over the course of his life, Heeney contributed land and money to many churches and orphan asylums in New York and Brooklyn, including New York’s first Catholic Church- St Peter's.

In the second half of the talk, Danny Leavy explores this fascinating church and some of the people who were a part of its history along with its involvement in the events of 9/11. He will tell the fascinating story of St Peters Original church bell from 1806 which is currently located inside the roof of the present church, but a project to put it on public display is now underway.
This event will be available on Zoom and Youtube and can be accessed via: https://www.irish-us.org/events/dr-ciaran-reilly-and-danny-leavy-search-cornelius-heeney 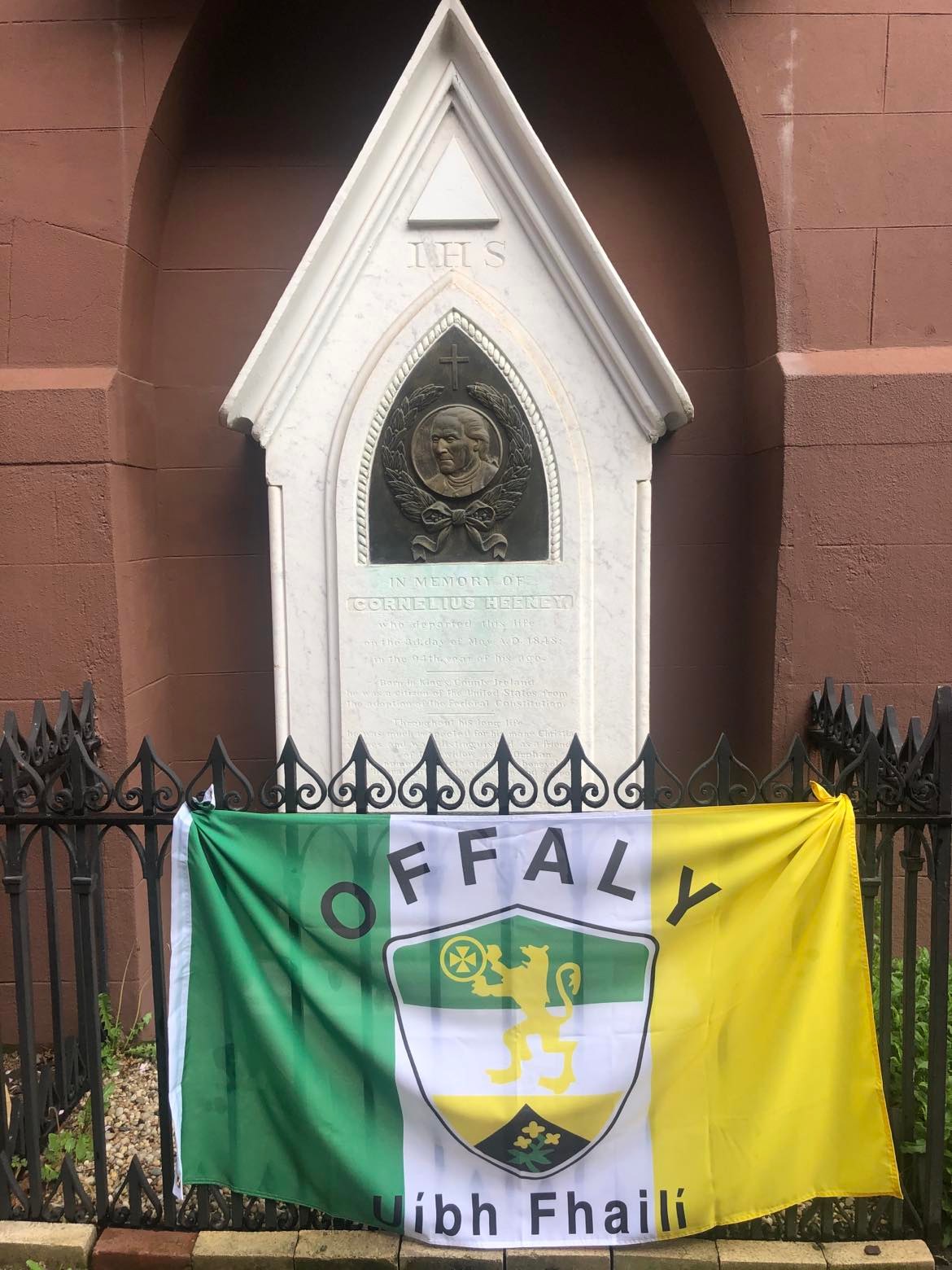 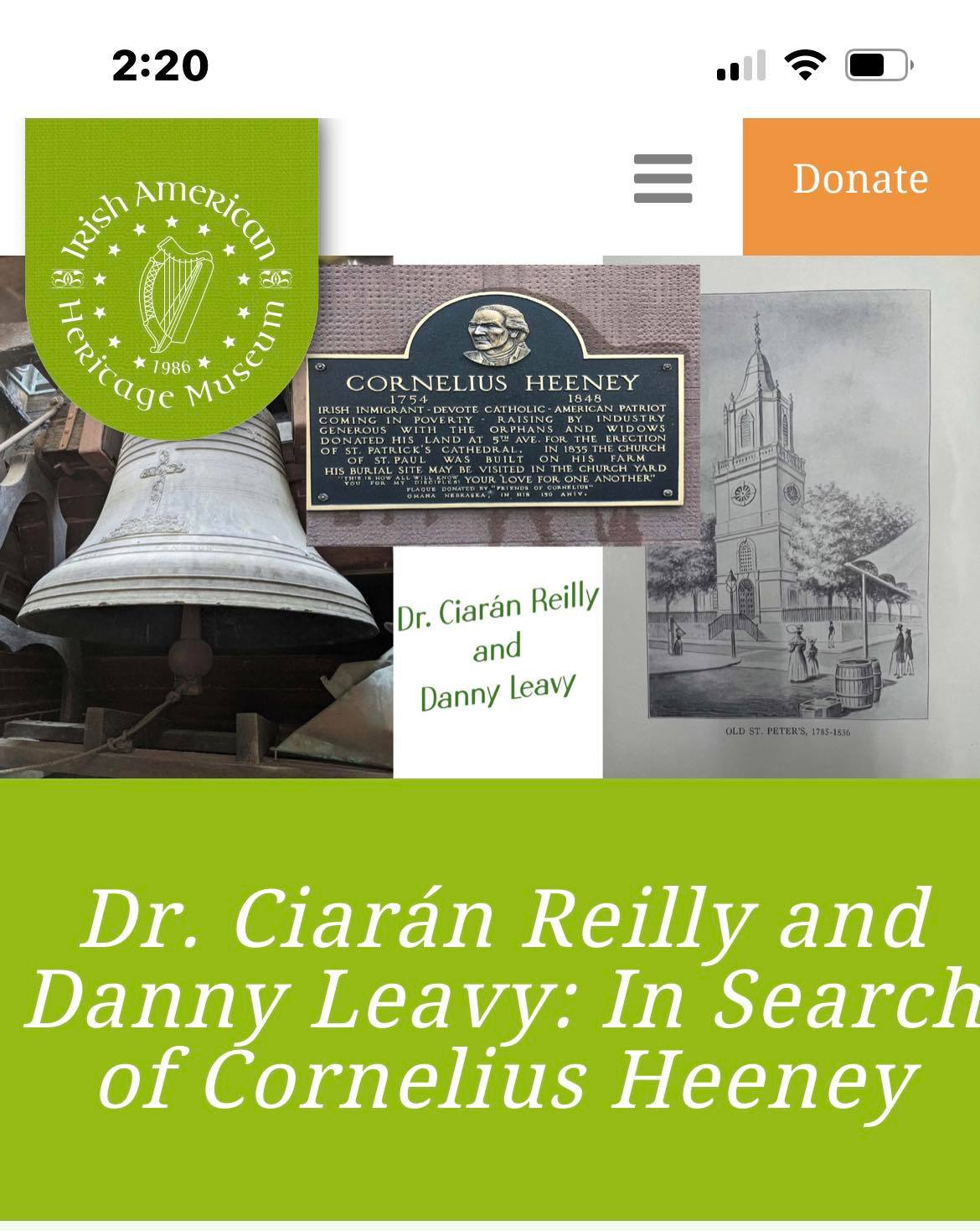