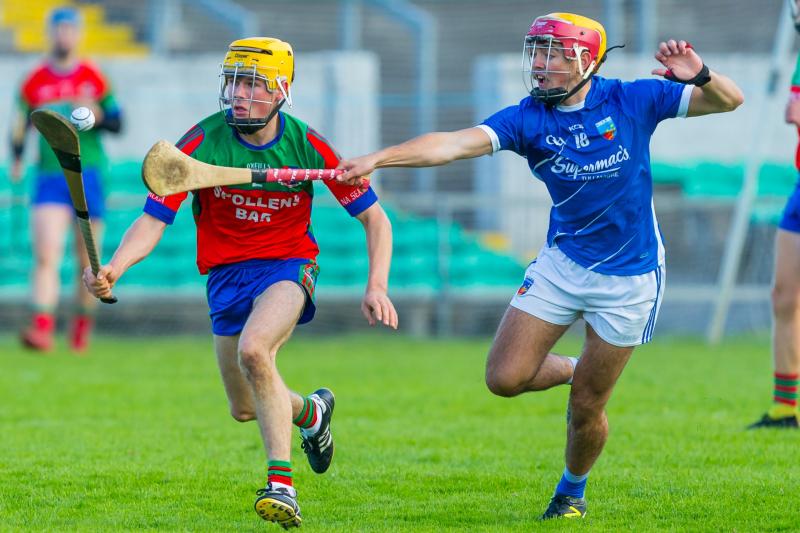 THE failure to win the Offaly Intermediate Hurling Championship may be the enduring memory of 2021 but Shamrocks will have the opportunity to pick up a very nice consolation prize next Saturday.

They travel to Kilkenny's Nowlan Park to play Mooncoin in the Leinster Junior Hurling Championship final and there is a great incentive for them to make up for their Offaly disappointment.

Shamrocks were dismayed to lose to Birr in the Offaly Intermediate Hurling Championship final late last year, and at that stage, a Leinster provincial campaign was probably the last thing they needed. It took a while for players to knuckle down for training but they have now got going very well.

A first round game against Boardsmill of Meath was just what the doctor ordered. They were a vastly superior force to the Meath side, running away to a 2-18 to 0-3 win and it also gave them the confidence that they could go well in this championship.

Shamrocks were representing Offaly in it as a result of the rule that does not allow a club with a senior side to compete in a lower grade in the province.

It was a different story in the Leinster semi-final where Shamrocks had to work very hard to neat Maynooth by 2-9 to 2-8. It was a real test of character and it really gave them something tangible from the 2021 season.

Like every sports club, their preparations over the festive season have been disrupted between players getting Covid and others having to isolate as close contacts but they will be eager to get this campaign completed.

They will relish the opportunity of taking on Kilkenny opposition in Mooncoin and playing in one of hurling's iconic pitches, Nowlan Park. It will be the biggest game of their life for a lot of the Shamrocks team and their first provincial final.

It is very much new territory for Shamrocks. Their first target will be to give a very good account of themselves, to be competitive and there will be a niggling fear that Mooncoin could be way too strong for them.

Shamrocks and their manager Jimmy Conway will be confident of playing well and giving this a real lash. They have a lot of very good hurlers, they have David O'Toole-Greene who has played senior for Offaly in recent years and others who have featured on county minor and U-20 panels.

It is a great chance for them and the spin off from a win could be immense. Shamrocks were dismayed to be relegated to Offaly's third hurling tier three years ago. They had been beaten in the senior “B” hurling final the year before they went down and that suggests that they should be strong enough for a higher level. The results, however, don't lie and the reality is that Shamrocks have been beaten in an intermediate semi-final and final since they went down.

Intermediate is a hard grade to get out of with a lot of senior clubs fielding second teams in it and excellent hurlers either winding down their careers or starting on the road to senior hurling. There are a lot of banana skins in it and Shamrocks have discovered this to their cost.

A Leinster title, however, would really instill confidence in these players and foster team spirit. It could carry on into next year's intermediate campaign. Winning the Offaly intermediate hurling title is their big aim but a Leinster title would be a massive bonus and Shamrocks will be going all out for it on Saturday.