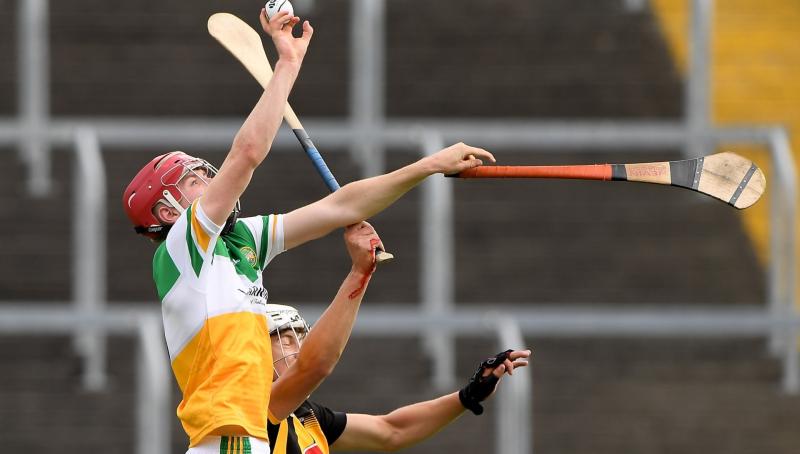 ANOTHER significant shake up has taken place in the Offaly senior hurling panel as they get ready for the 2022 season.

Nine players have left the panel from last year for a variety of reasons – some have come to the natural end of their shelf life as county hurlers while others have left as they want to travel or pursue other things.

The list of the departed includes experienced players such as Belmont's Damien Egan, Birr's Brian Watkins and Kinnitty's Shane Kinsella and Paddy Rigney. Egan played in five league and championship games last year as Offaly got promoted to Division 1 of the National Hurling League and won the Christy Ring Cup. Kinsella played six league and championship games in 2021 while Rigney and Watkins played in two and three league games, respectively but didn't feature in the championship.

The future of Offaly's most experienced hurler, Shane Dooley will be determined in the coming weeks. The Tullamore man got a shoulder operation before Christmas and manager Michael Fennelly revealed that they will discuss his position later in the month. “We will let him go through the healing phase for a few weeks and chat him them. There is no major rush.”

Belmont's Oisin Kelly is a long term injury victim after getting a cruciate operation towards the end of 2021 but Offaly hope that he will be available for the championship later in the year. “It is going to be tight but he is working hard,” Michael Fennelly said.

While the list of players gone does not include big names or automatic starters, it is the second year in a row that there has been a considerable changeover in the Offaly panel. Over 10 players left the previous year but the changes fall in with Michael Fennelly's primary goal of introducing young talent and building for the future. The average age of the panel is now 23 years of age and the departures have seen a number of new young players brought in.

A number of these will get an opportunity in Sunday's season opener against Galway in the Walsh Cup in Ballinasloe. At the moment, Offaly are operating with an official panel of 36 players while they have an extended panel of 14 players – the extended panel includes mainly U-20 players along with a couple more who are being given the training and experience to see if they can step up to the standard of inter-county hurling.

Players on the extended panel include men such as Padraig Watkins of Birr, Clodiagh Gaels' Aaron Flanagan, Seir Kieran's Tom Dooley, Coolderry's Cian Burke and Shane Ryan, Birr's Luke Nolan and Clara's Cathal O'Meara. “We are getting work into them and trying to get them up to a higher standard. A few of those may play in the Walsh Cup,” Fennelly revealed.

The former Kilkenny star spoke about the volume of changes in his panel. “It is a significant changeover. It was 11-12 the year before and that is 20 odd players in two years which is significant. Some of the boys who moved on, their time had come and they knew it was time to pass onto the next generation. 2 or 3 are travelling and doing different things. It is natural. It is a big number but we are fortunate we have younger guys to come in.”

Offaly will face a very testing start to the new year. They open against Galway in both the Walsh Cup and Division 1 of the National Hurling League, where they have a torrid programme against some of hurling's top counties.

Their preparations have also been less than ideal with the Covid-19 surge playing havoc with plans. Last weekend, for example, they had just 25 out of 51 training because of players either having Covid or being close contacts. That 25 included players carrying injuries such as hamstrings etc from the club season and the manager said: “That shows the extreme levels of Covid. It is rampant. A few will be back this week but some were badly sick for three or four days. It is a large level when you are trying to rebuild back up. I would rather be in a better position fitness wise but it isn't possible due to Covid.”

When it was suggested that every county is in the same boat, he replied: “Yes but we are coming from a low ebb. Galway are at a higher level and we need time to get work into those boys. We have less of a pick in Offaly than bigger counties who have a large number. We have only a certain amount of clubs.”

Fennelly, however, has been very impressed with the attitude and the application of the players who have been there. “Their application has been second to none and anything we have asked, they have done. It is very positive. A few of the sessions we have done have been very good. We called some players in for sessions because we were short of numbers. Sam Bourke (Ballinamere) and Luke Watkins (Ballyskenach-Killavilla) and these lads have shown they have something. Myself and Gary Cahill (Offaly U-20 hurling manager) are working very closely together and will be for the next 6-8 weeks and throughout the season. We will be sharing resources. We are going with youth which is our long term goal. We want to give players experience. The extended panel is primarily U-20s and we want to get those lads up to speed.”

He has found preparations frustraring. “As well as Covid, we have a large number carrying injuries from the club season. A lot of players are in a bad position with injuries. Training has been extremely frustrating and difficult but the players are applying themselves very well. They are giving 100%.”

Fennelly had always intended using the Walsh Cup as a vehicle for giving experience to players and going with his strongest possible team in the league but circumstances have really forced his hand. “The panel was to experiment but our hand has really been forced and some will be thrown in at the deep end to a certain degree,” he said.

There has also been changes to his backroom team. Galway's Johnny Kelly and his fellow Kilkenny man, Michael Kavanagh are back as coaches and selectors but Coolderry's Barry Teehan has replaced Belmont's David Kenny as a selector. There is a new strength and conditioning coach in Galway man, Brendan Egan, who worked with Westmeath last year. Two more Galway men, Colm Callinane and Tony Og Regan are in as goalkeeping coach and sports psychologist.